The British capital is tributed on the silver screen through the latest campaign of visitlondon.com, i.e. the official city guide for London, owned and operated by London & Partners, a not-for-profit public private partnership funded by the Mayor of London and a network of commercial partners.

The project is aptly named The London Story and through a series of beautiful short films, each fascinating Londoner – from The Yeoman of the Ward at The Tower of London to the longest-standing tour guide at Wembley Stadium – shares what London means to them. Among the Londoners featured there also are a Colourist at Madame Tussauds, a Tour Guide on the Warner Bros. Studio Tour, a Station Manager on the London Underground and Executive Chef at Cinnamon Soho off Carnaby Street.

This film-mosaic will assemble a variety of enchanting locations of the City, unveiled by these very Londoners, who will become the spectators’ city guides, from The Tower of London to that incredible view from the Waterloo Bridge at night.

Albion’s hub overflows with intertwining tales and experiences, that are woven deep into the fabric of the city and the people who live in it. The unique films explore what it’s really like to be a part of London’s vibrant culture, giving visitors a chance to get under the skin of the city.

The globalised and multicultural Britannia is concentrated in this medley of Londoners who exist right at the heart of the city and describe what it is about London that absorbs, captures and moves them. This collection of short films gathers the snap-shots of all those iconic moments that give London its spirit.

The films will be available on the visitlondon.com website where viewers can also enter a competition to win an incredible five-night trip to London and experience their own London story. 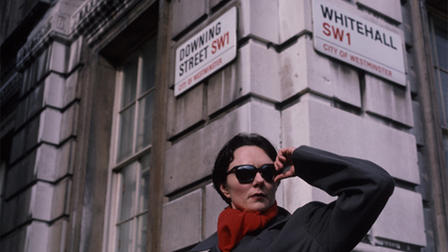