Title: As I Lay Dying

Addie Bundren (Beth Grant) is dying. Her daughter Dewey (Ahna O’Reilly), youngest son Vardaman (Brady Permenter) and husband Anse (Tim Blake Nelson) are by her bedside as she takes her final breaths. Her oldest son Cash (Jim Parrack) is outside her window, sawing wood for her coffin. Her two other sons Jewel (Logan Marshall Green) and Darl (James Franco) are making a run to town in order to earn three dollars, taking the risk that  they may or not be back in time to say their goodbyes. Their mother’s dying wish is to be buried in her hometown of Jackson Mississippi. The entire family loads the coffin on the buggy and makes the 40 mile trek with Addie’s festering body and vultures constantly circling overhead. They face floods, horrible injuries, fire and their sanity is taking its toll on each family member as they each relay personal pains that they are struggling to hide for the sake of each other.

I had gone this long without seeing a James Franco directorial, and this was an odd one to see as my first. With the split screen editing, there’s a lot going on which makes the slow classic Faulkner story palatable.  As James Franco explains in the cast & crew interviews, the monologues where the characters seem to break the 4th wall and speak directly to the camera is inspired by standard reality tv’s confessional bits. It gives a modern, familiar flair to this heavy story.

Fans of the novel will find lots to nitpick – actors looking too young or too old for each character, but that’s Hollywood. Audiences have to forget their dream casting and just go with it. Some memorable, but trivial bits of the novel are omitted (like Addie’s face in the coffin, the reverend’s inner turmoil) but still pretty faithful to the text. I knew what was coming at the end, but Tim Blake Nelson’s Anse is so smug and tactless after that ordeal that it was still a bit of a shake my head moment. The scenes with Jim Parrack’s Cash  dealing with his increasingly gangrenous broken leg were hard to watch. I’m betting James Franco borrowed some of that from 127 hours.

It’s a heavy story about dirt poor and poorly educated farmers from the south during the 1930’s. It’s ambitious for sure, but not received well by a lot of Faulkner fans and critics. To that I say, get over your uppity selves.

The scenes that will stay with me are Cash’s amputation, Dewey getting duped by the soda jerks and when the family has to ford the river, I got Oregon Trail flashbacks. 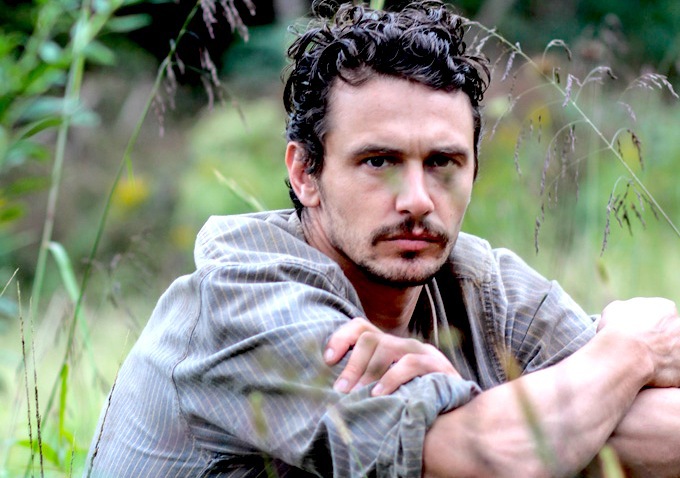