Documentary “Tricked” is a tricky offering. A nonfiction look at sex trafficking in the United States, co-directors John-Keith Wasson and Jane Wells’ film packs a sobering punch rooted largely in the squirmy, innate sympathies its subject matter induces. But at just over 70 minutes, and with a focus that is more anecdotal than comprehensive or scrupulously assembled, the movie comes off as basically on par with any given television newsmagazine story on the same topic.

“Tricked” is an initiative of 3 Generations, a nonprofit organization dedicated to helping survivors of terrible atrocities tell their stories, and thus advocate for positive social change through spotlighting their survival and resilience. Yet the film also, curiously and seemingly somewhat at odds with its mission, lends voice to various pimps and — more interestingly — a couple “johns,” the latter of whom discuss their reasoning and feelings behind habitually paying for sex.

Two of “Tricked”‘s more compelling main characters are Danielle Douglas, an erstwhile Boston college student who was tricked into prostitution by an abusive older man she considered her boyfriend, and Dan Steele, a dogged sergeant working stings with the Denver vice squad. Other portions of the movie touch on Las Vegas, considered ground zero for escort services, and the efforts of detectives there to seize the financial assets of pimps and sex brokers who consider themselves either above the law and/or outside of its reach.

Many of the shared stories are, of course, darkly gripping, and a certain kind of stomach-churning commiseration — particularly as it relates to the sort of underage victims so many sexual predators prey upon — is never far from reach. Still, “Tricked” is lacking in smartly contoured dramatic throughlines; five different editors share credit on the project, which partially explains its herky-jerky feel. At one point, Wasson and Wells waste time delving into pimp culture (a topic chronicled exhaustively elsewhere), which includes a minute spent with a woman who gives odd blessings to bejeweled pimp cups. Later, they suitably showcase the protective mentality that many exploited women have with respect to their abuser, showing four weepy women denying in a news interview that an arrested man, Jermaine “Jello” Wallace, was ever their pimp — but instead just a roommate who made his living through breeding exotic animals. But “Tricked” ducks out of this story too quickly, just as it’s gaining traction as a representative slice of the sex trade. It doesn’t help, either, that Douglas’ story isn’t fully sketched out; several details don’t track.

“Tricked” is essentially like an aged heavyweight that relies on its natural punching power. And sometimes that’s enough. It’s brisk (in terms of its running time), but it isn’t lean and muscular and sharply defined. The emotional stings it dishes out are roughly what one expects. Sharper contrasts — perhaps ditching much of its focus on controlling pimps, in favor of stories of victims, police officers and the clientele that either can’t see or admit their part in this cycle of victimization — would have benefited the movie. 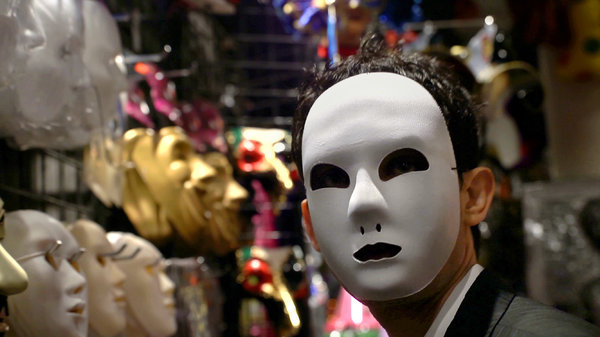