300: Rise Of An Empire Gets A New Character Poster

The follow up to Zack Snyder’s widely popular “300” film from 2007 is positioned to be as big of a hit. “300: Rise of an Empire” features a new adventure for the 300 army (minus a few soliders). While the prequel film was going to be released last summer, it’s now facing an open spring 2014 movie-going season. Legendary Pictures and Warner Bros released a new character poster featuring Lena Headey as Queen Gorgo of Sparta.

“The film centers on Themistocles and Artemisia I of Caria, as well as Xerxes I of Persia. The Battle of Artemisium was a naval engagement, concurrent with the battle of Thermopylae, and was fought between an alliance of Greek city-states and the Persian Empire in September 480 BC, in the straits between the mainland and the northern tip of the island of Euboea (modern Evvia). The film will probably also focus, in part, on the Battle of Salamis, in which Artemisia played a major role, as well as possibly the Battle of Marathon. The Battle of Salamis (home of the mythical hero Ajax) was fought after the Persian Empire had advanced into southern Greece and occupied Athens.

The film will also cover some of the backstory of Xerxes, and will explain how he became “the God King” 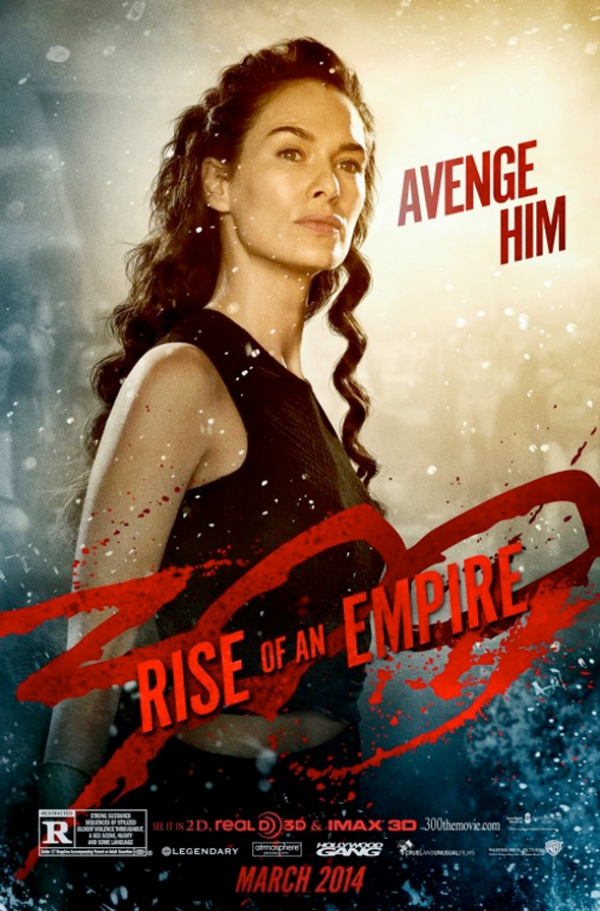