Marlon Wayans and the rest of the cast of the upcoming comedy ‘A Haunted House 2’ look like they saw a ghost in the film’s new poster. The latest poster offers another spine-tingling look at the sequel to last year’s satire, ‘A Haunted House.’

‘A Haunted House 2′ was helmed by the original film’s director, Michael Tiddes. The series’ second installment was once again written and produced by Rick Alvarez and Wayans. The sequel, which will hit theaters on March 28, features Wayans, Gabriel Iglesias, Jaime Pressly, Ashley Rickards, Essence Atkins, Affion Crockett and Dave Sheridan.

The following official synopsis has been released for ‘A Haunted House 2’:

Crossing new lines and breaking old barriers, ‘A Haunted House 2’ is the sequel to the hilarious box-office hit starring Marlon Wayans as Malcolm who, after exorcising the demons of his ex, is starting fresh with his new girlfriend and her two children. After moving into their dream home, Malcolm is once again plagued by bizarre paranormal events. With spine-tingling tension and hilarious punch-lines ‘A Haunted House 2’ is inspired by the latest supernatural horror movie franchises and shows that this time… it’s not just the house that’s haunted!

For more information on visit the film’s Facebook and Twitter pages. Check out the new ‘A Haunted House 2’ poster and teaser trailer below. 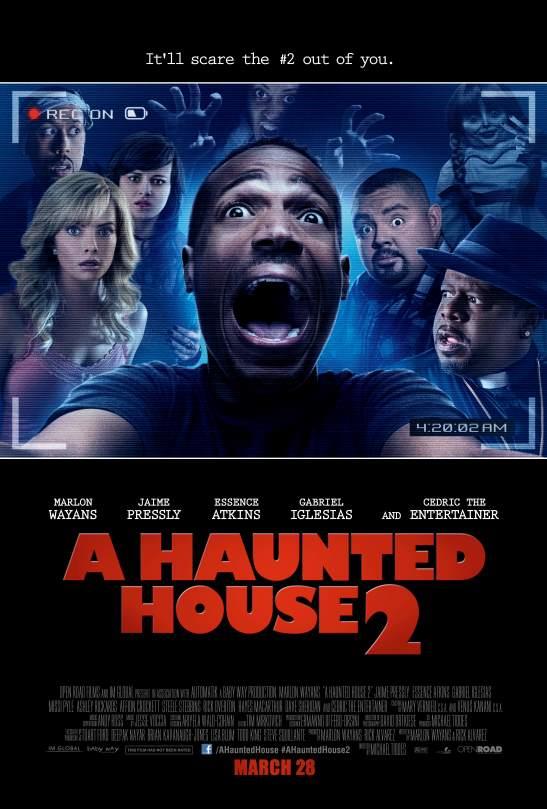