Enter the psychedelic dreams of Warren Allman in the first official trailer from the upcoming comedy, ‘Don Peyote.’ The movie, which was co-written and directed by Dan Fogler and Michael Canzoniero, will be distributed on VOD and in select theaters in May by XLrator Media.

XLrator Media has released the following synopsis for the film:

‘Don Peyote’ tells the story Warren Allman (Dan Fogler), an unemployed stoner who finally finds a purpose in life after an unpleasant encounter with a homeless man preaching the end is near. Fueled by vivid apocalyptic dreams, Warren becomes obsessed with 2012 doomsday theories and decides to make a documentary on the subject while his fiancé is busy planning their wedding.

Check out the first trailer from ‘Don Peyote’ below. 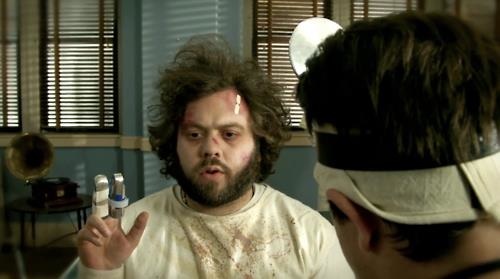