With awards season in full swing, it’s always good to remember not all movies celebrated now are not always high caliber. The Golden Raspberry Awards Foundation has been celebrating the worst of the worst films since 1980. The films nominated for this year’s Razzie Awards are some of the worst, but they’re also some of the most obvious selections. Nevertheless, a bad movie is a bad movie and some of these movies are just straight up terrible. Read the nomination press release below, while a list of the nominations will follow.

One year shy of their 35th anniversary, Tinsel Town’s Tackiest Trophy Derby continues to call on Hollywood’s A-Listers to “Own Their Bad.” This year’s 34th Annual RAZZIE® nominees include some of the biggest names in the movie business, who happened to star in some of the biggest box office bombs of 2013. For the first time in their history, the RAZZIES® are also working with their worldwide fan-base of PO’d motion picture-goers, and the cutting edge crowd-funding website Indiegogo to put on a high-end show this year and pave the way for the first ever RAZZIE® Awards Broadcast in 2015.

Garnering their first ever RAZZIE® nods are some of the silver screen’s most recognizable luminaries, including past Oscar® nominees Johnny Depp and Naomi Watts as well as up-and-comers making crummy choices like Jaden Smith and Selena Gomez. The list also includes several “Repeat Offenders,” returning for more pie-in-the-face/light-hearted joshing from the only folks whose statuette no one wants to win. Going for a possible 3rd Worst Actor “win” in a row, Adam Sandler is back, alongside such RAZZIE® stalwarts (and past “winners”) as Ashton Kutcher, Lindsay Lohan, Taylor Lautner, Tyler Perry and The Awl Time RAZZIE® Cham-Peeen Sylvester Stallone, snagging a staggering 31st nomination for three 2013 dogs, BULLET TO THE HEAD, ESCAPE PLAN and GRUDGE MATCH.

Among this year’s five Worst Picture contenders are a real life father and son (Will and Jaden Smith) in a sci-fi epic set on “Planet Nepotism,” AFTER EARTH; Sandler’s latest summer-vacation-masquerading-as-a-movie, GROWN UPS #2; A shockingly star-studded cast in a major dud that came off as an X-rated rip-off of Love American Style, MOVIE 43: Tyler Perry’s 37th Man-in-a-Dress Drag-Fest A MADEA CHRISTMAS: and The Year’s Biggest B.O. Bust, Dizz-Knee’s flat-footed remake of THE LONE RANGER. A complete list of all nominees is included below.

For 8 of this year’s 9 RAZZIE® categories, contenders were determined by seeking online votes from some 750 G.R.A.F. Members in 47 U.S. states and 13 foreign countries. Nominations for the 9th category, Worst Screen Combo, were determined by votes from nearly 62,000 users at the popular movie review website Rotten Tomatoes.com. “Winners” in all categories will be announced on the now traditional date of “Oscar Eve,” Saturday, March 1.

Are these the worst movies of 2013? What movies did the Razzies miss or snub? Sound off in the comments below. 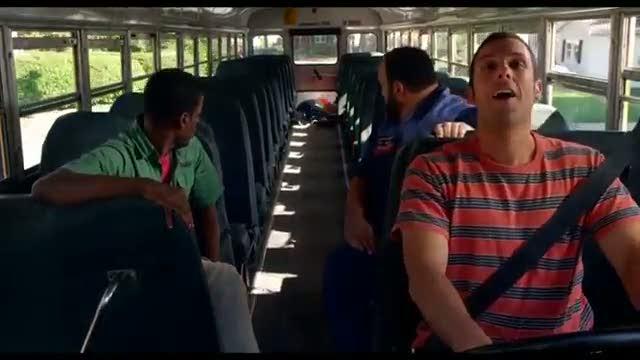