In the present day, social disorders and other mental health problems are seen through a different lens than they were in the past. Infinitely Polar Bear tells the story of Cameron Stuart (Mark Ruffalo), a husband and father of two in 1978 Boston diagnosed as manic depressive and bipolar. After a breakdown, Cameron slowly eases back into normal life, trying to keep his impulses and emotions in check. His wife, Maggie (Zoe Saldana) tells him that she has the opportunity to get her MBA at Columbia, which will lead to her being able to get better, higher-paying jobs to support her family. That education, however, means that Cameron will need to supervise the children, and that Maggie will only be there to visit on weekends.

In addition to his own feelings because of his condition, Cameron is subject to the prying judgments of others. His father asks why he would want to stay home and have his wife work even if given the chance, because he is a man. Single mothers in his building do not socialize with him, because he is a stay-at-home father, an odd concept at the time. Yet Cameron’s condition does explain some of the situation, as he is prone to storming out of his home late at night to get a break from his children and keeps the apartment in an alternately sterile and hoarder-like state.

With Maggie away, Cameron has to do his best to keep himself healthy and alert and to try to support his daughters. He doesn’t have much of a filter, which means that they are keenly aware of what he is doing and thinking, and as a result are exposed to adult concepts that young children wouldn’t normally see. They talk back to him when he tries to overassert himself in their social lives in an appropriate manner, and it often seems that they are the ones parenting him, not the other way around. Cameron does have an endearing sense of positivity going for him, excitedly advertising the benefits of a newly purchased old car that is missing part of its floor and always searching for the sunnier side of things.

Mark Ruffalo, an actor who often plays the love interest in romantic comedies and broke through to earn an Oscar nomination once before, for The Kids Are All Right, is absolutely terrific as Cameron. He plays him as a nice guy unable to resist the impulse to give in to his inner eccentricities. He speaks emphatically and with determination, not always saying the right thing but always firmly meaning what he says in the moment. Imogene Wolodarsky and Ashley Aufderheide, who portray his daughters, do a great of playing excessive mature yet innocent children, and Saldana’s exhausted, committed mother complements Ruffalo’s wild dad well. This story is charming and funny, and though it doesn’t always showcase the greatest instances of parenting, it’s easy to see that this unique family is bonded together by an extraordinary devotion to one another. 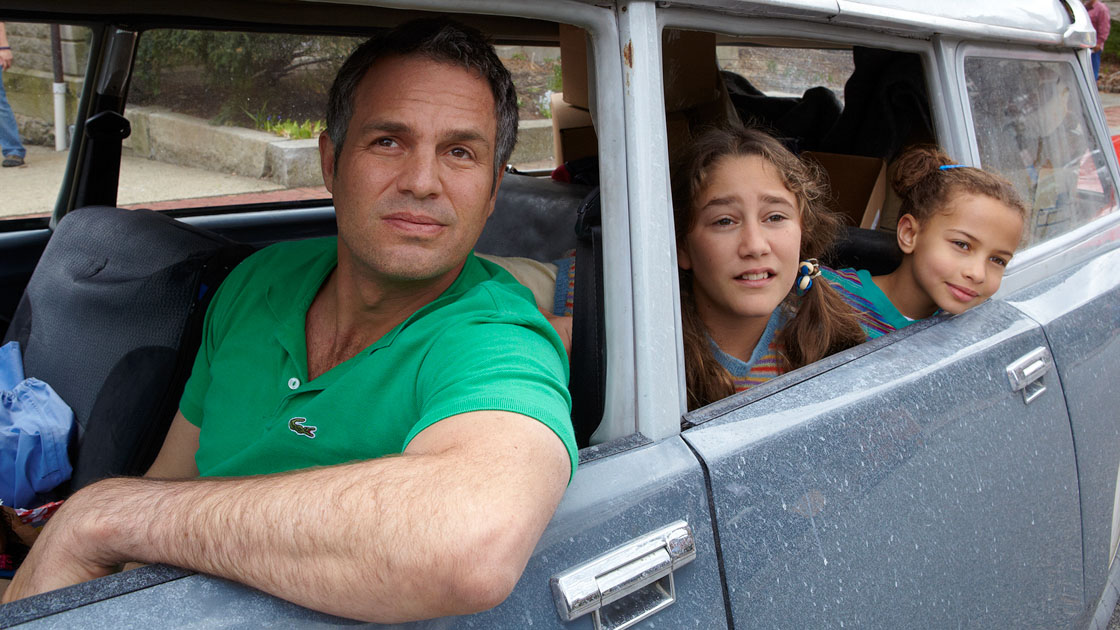