Singer-songwriter Karen O will make her performance debut on this year’s Academy Awards ceremony, as she will sing her Oscar-nominated original song, ‘The Moon Song.’ The show’s producers, Craig Zadan and Neil Meron, announced the news that the lead singer of the band Yeah Yeah Yeahs will perform the song. O wrote the music and lyrics for ‘The Moon Song’ for writer-director Spike Jonze’s romantic sci-fi drama, ‘Her.’

The 86th Academy Awards, which will air on Sunday, March 2 live on ABC, will be hosted by Ellen DeGeneres. The other songs nominated alongside ‘The Moon Song’ include ‘Happy’ from ‘Despicable Me 2,’ ‘Let It Go’ from ‘Frozen’ and ‘Ordinary Love’ from ‘Mandela: Long Walk to freedom.’

Before working with Jonze on ‘Her,’ O worked with the acclaimed filmmaker on his 2009 adaptation of ‘Where the Wild Things Are.’ She co-wrote original songs for the adventure drama’s soundtrack, and received a Grammy nomination for the featured song ‘All Is Love.’ She also also contributed to numerous other soundtracks, including ‘frankenweenie,’ ‘The Girl with the Dragon tattoo’ and ‘I’m Not There.’ She has also released four albums with Yeah Yeah Yeahs, three of which have also been nominated for Grammys.

This year’s Academy Award ceremy will be presented at the Dolby Theatre at the Hollywood & Highland Center in Hollywood. The ceremony, which will be broadcast by the Academy of Motion Picture arts and Sciences, will be televised live in more than 225 countries and territories worldwide. 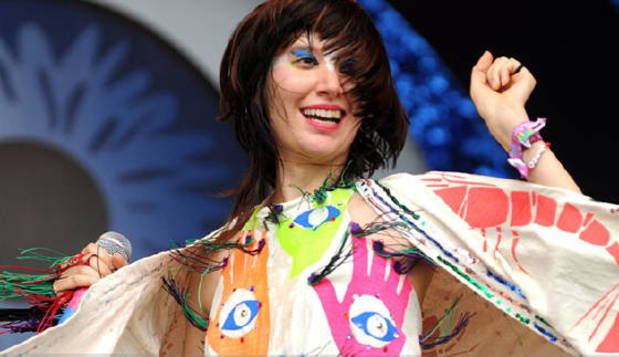