Jason Bateman is using ‘Bad Words’ in new two clips from his upcoming comedy. The acclaimed film is heading to SXSW, but not before unveiling the ‘8th Grade’ and ‘One More Question’ clips.

‘Bad Words,’ which stars the Emmy Award-nominated actor, marks his feature film directorial debut. The movie also stars Allison Janney, Kathryn Hahn and Phillip Baker Hall. The comedy is set to open in select theaters on March 14, and then will expand into more markets across America on March 21 and March 28.

The following official synopsis for ‘Bad Words’ has been released:

Jason Bateman stars as Guy Trilby, a 40-year old who finds a loophole in the rules of the National Quill Spelling Bee and decides to cause trouble by hijacking the competition. Contest officials, outraged parents, and overly ambitious 8th graders are no match for Guy, as he ruthlessly crushes their dreams of victory and fame.

As a reporter attempts to discover his true motivation, Guy finds himself forging an unlikely alliance with a competitor: awkward 10-year old Chaitanya (Rohan Chand of ‘Homeland’), who is completely unfazed by Guy’s take-no-prisoners approach to life.

For more information on ‘Bad Words,’ visit its official website and Facebook page. Watch ‘8th Grade’ and ‘One More Question’ below. 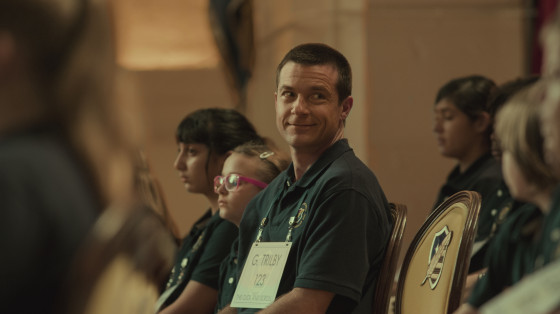