Eliza Dushku is embarking on the chance to improve humanity for the greater good in director Kevin Tancharoen’s new short film, ‘Gable V.’ Following the success of directing episodes of the action crime fantasy television series ‘Mortal Kombat: Legacy,’ the helmer once again teamed with Machinima to make the action short.

‘Gable V,’ which Tancharoen describes as being a sci-fi, futuristic version of ‘The Truman Show,’ is now available on Machinima Prime, which is the dominant video entertainment network for young males around the world. It serves more than two billion monthly video views each month, making it one of the top entertainment networks on YouTube. The Machinima network features scripted series, original content, weekly and daily shows, official publisher content and gameplay videos. The community is based on passion—for video games, animation, movies, TV, music and endless other forms of millennial pop culture.

The following synopsis for ‘Gable V,’ which also stars James Morrison as the title character, and Steve Harris as Lt. Wade, has been released:

In a remote location, a secret facility exists unlike anything the world has ever seen. Run by Dr. Conrad Gable, a renowned neurologist, the facility is years ahead of it’s time when it comes to the technology it’s using to research the human body. With an unlimited budget backed by a classified department of the government, Dr. Gable’s motives appear to be for the greater good of humanity. The chance to create a drug so powerful it could be used to win every battle, every war, with no casualties. Now all he needs are, 5 test subjects.

Watch Dushku, Morrison and Harris in ‘Gable V’ below. 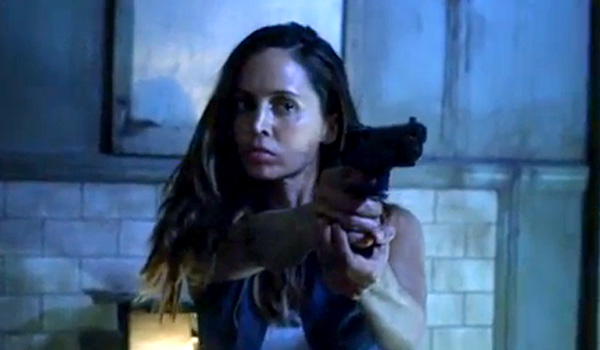