Gareth Edwards is likely having a very nice holiday weekend. Not only is “Godzilla” still killing it at the box office, but Edwards is also locked to direct the sequel and one of the “Star Wars” spinoff movies as well. And then there’s poor Edgar Wright who is either super bummed about ditching “Ant-Man” after all these years, feels as though a huge weight has been lifted off his shoulders or a little bit of both.

Ready for the details on those stories, the Coen Brothers’ new film, the Cannes Film Festival winners and loads more? Check it all out in your Movie News Cheat Sheet – and then go get your BBQ on.

1. Edgar Wright Leaves “Ant-Man:” After years of development, Edgar Wright has made the decision to leave Marvel’s “Ant-Man.” Wright co-wrote the script with Joe Cornish, was part of the casting process, had already prepped certain action sequences and was just about to go into production, but, according to Latino Review, creative differences and an excess of script notes drove Wright to give up on directing the project. Marvel announced that the film is still on track for its July 17, 2015 release and that a new director will be announced soon.

2. Gareth Edwards Scores a “Star Wars” Spinoff & Another “Godzilla” Film: Shortly after “Godzilla” dominated the box office, Lucasfilm announced that Gareth Edwards is locked to direct one of the “Star Wars” spinoff movies, the one set for a December 16, 2016 debut. On top of that, Legendary Entertainment confirmed that Edwards is also attached to another “Godzilla” film. Legendary CEO Thomas Tull stated, “The plan has always been for Gareth to direct a different film before we started on another ‘Godzilla,’ but who knew it would be a ‘Star Wars’ installment? We have a great plan in store for ‘Godzilla’ fans and I am looking forward to seeing Gareth’s imprint on the ‘Star Wars’ universe.” (via Lucasfilm & THR)

3. “Batman vs. Superman” Gets an Official Title: It’s finally time to stop tentatively referring to Zack Snyder’s “Man of Steel” follow-up as “Batman vs. Superman.” Warner Bros. Pictures has announced that the final title for the film will be “Batman v Superman: Dawn of Justice,” suggesting that it is in fact a step towards a “Justice League” movie. Principal photography is currently underway and the film is on track for its May 6, 2016 release.

4. Coen Brothers, Steven Spielberg & Tom Hanks Unite for Cold War Film: Here’s one to watch. As reported by Variety, Joel and Ethan Coen are set to pen a script for Steven Spielberg to direct and Tom Hanks to star in. It will tell the true story of James Donovan (Hanks), “the American attorney enlisted by the CIA during the Cold War to surreptitiously negotiate the 1962 release of Francis Gary Powers, the U-2 spy plane pilot who was shot down over Russia two years earlier.” Spielberg is also currently attached to direct “The BFG” and is considering “Robopocalypse” and “Montezuma” as well, so it isn’t clear when this one would go into production.

5. Molly Ringwald Joins “Jem and the Holograms:” The large majority of the “Jem and the Holograms” cast consists of fresher faces, but now Jon M. Chu is throwing a Hollywood icon into the mix, Molly Ringwald. According to THR, Ringwald will appear in the big screen adaptation of the 1980s animated TV show, but the outlet has no information on her role. The film is currently shooting in Los Angeles with Aubrey Peeples playing Jem, Stefanie Scott, Aurora Perrineau and Hayley Kiyoko as the Holograms, Ryan Guzman stepping in as Gem’s love interest, Rio, and Juliette Lewis taking on an unknown role, too.

6. Alfonso Cuaron May Direct “Fantastic Beasts:” Shortly after setting the adaptation of J.K. Rowling’s “Harry Potter” spinoff, “Fantastic Beasts and Where to Find Them,” for a November 18, 2016 release, Nikki Finke revealed that Alfonso Cuaron is in talks to direct the film. Cuaron directed the much-acclaimed “Harry Potter” installment, “The Prisoner of Azkaban,” so is a prime pick for the job. The book is inspired by the Hogwarts textbook with the same title and details the findings of magizoologist Newt Scamander during his travels. “Fantastic Beasts” will have Newt in New York 70 years before Harry’s enrollment at Hogwarts, but the planned trilogy will feature characters and creatures from the “Harry Potter” films.

7. Ridley Scott May Be Prepping “Prometheus 2:” With an untitled Ridley Scott project due for a March 4, 2016 debut, it’s a guarantee that Scott will go into production on something very soon and if the Daily Mail’s reports are correct, it could be “Prometheus 2.” The outlet claims that Scott flew into Australia a few days ago to scout locations for the film. Their “insider” is quoted as saying, “It’s the best kept secret at the moment, that Ridley is here to film the ‘Prometheus’ sequel.” The Daily Mail is also claiming that Scott is actually in the market for a multi-picture deal with Screen Australia and hopes to film “Blade Runner 2” there as well.

8. Cannes 2014 Winners: In his last act as Cannes Film Festival president, Gilles Jacob presented the best first feature honor, the Camera d’Or, to “Party Girl,” a French feature written and directed by Marie Amachoukeli, Claire Burger and Samuel Theis. Timothy Spall made off with the Best Actor title for his work in “Mr. Turner” while Julianne Moore claimed Best Actress for her performance in “Map to the Stars.” Sony Pictures Classics recently snatched up the US and Canada rights to the Best Screenplay winner, “Leviathan,” and the Best Director winner, Bennett Miller, already has “Foxcatcher” set for a November debut. Xavier Dolan’s “Mommy” and the 3D film “Goodbye to Language” tied for the Jury Prize while “Le Meraviglie” from Alice Rohrwacher got the Grand Prize and Nuri Bilge Ceylan’s “Winter Sleep” took the top honor, the Palme d’Or. Click here for more on the winners.

9. Trailers: “Big Hero 6,” “Kingsman: The Secret Service,” “Guardians of the Galaxy:” If you like things that are super cute and will melt your heart, check out the first teaser trailer for Disney’s “Big Hero 6.” It doesn’t show off any story details just yet, but that doesn’t even matter because this tiny sampling of the connection between Hiro and Baymax is more than enough to get you on board. The first trailer for “Kingsman: The Secret Service,” on the other hand, benefits for an abundance of plot information because it comes together to offer a comprehensive sense of what looks to be a clever, exhilarating and highly entertaining scenario. Last up is our second full trailer for “Guardians of the Galaxy,” which continues to suggest that director James Gunn succeeded in putting a unique spin on a Marvel movie. The style and tone clearly serves the trailer format particularly well, so it’ll be interesting to see if Gunn can keep it as tight and effective throughout the full feature as well.

10. Box Office: “X-Men: Days of Future Past” is officially the second highest opener of the “X-Men” film franchise. “X-Men: The Last Stand” still sits up top with its $102.8 million start from back in 2006, but “Days of Future Past” did secure a solid $91.4 million for the three-day weekend and then $111 million in total for four. “Godzilla” took a bigger hit than expected, but the 57.7% drop still left it with nearly $40 million for the full holiday. “Blended,” however, is off to a rough start. Not only did it make just $14.2 million for the three-day weekend, but it couldn’t even crack $20 million for the holiday run. “Neighbors,” on the other hand, has something to celebrate. It dropped just 31.1% making the move through Memorial Day weekend, letting it take another $17.2 million to the bank, bringing its domestic grand total to nearly $117 million. And even with “X-Men” and “Godzilla” posting such high numbers, “The Amazing Spider-Man 2” still managed to earn a respectable sum for its fourth weekend out, a total of $10 million for the four-day run. (via Box Office Mojo) 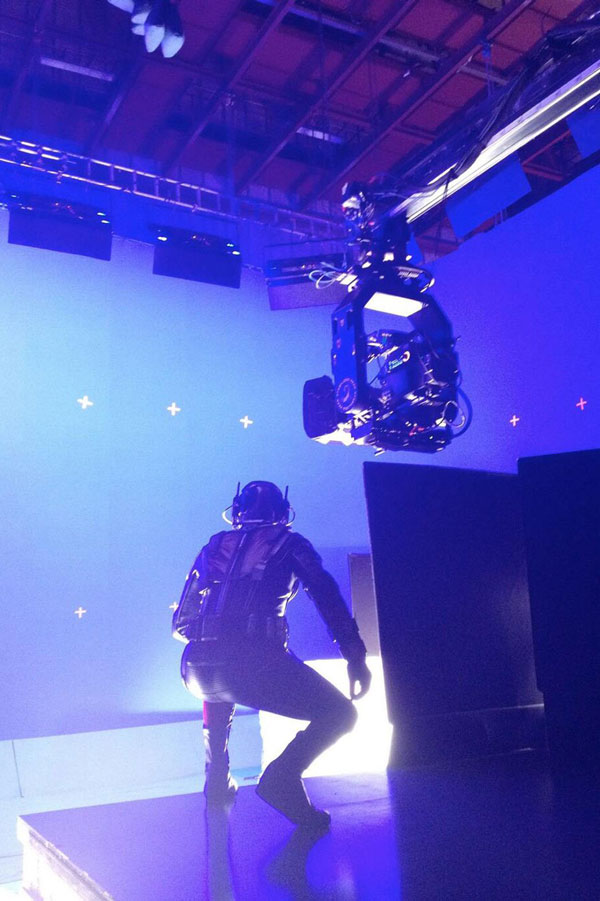