The Fault in Our Stars Movie Review

Title: The Fault in Our Stars

If you think “The Fault in Our Stars” is gunning for tears, you’re right. It is. But not without giving you something in return. The movie isn’t just about letting you have a good cry; it’s about inspiring you to appreciate the good in life while you do it.

Shailene Woodley leads as Hazel Grace Lancaster, a teenager suffering from Stage 4 thyroid cancer with metastasis in her lungs. She’s doing well thanks to an experimental drug called Phalanxifor, but it’s not a cure. Hazel’s mother (Laura Dern) wants her to attend support group, make friends and live as normal a life as possible, but Hazel can’t stop looking at herself as a grenade; one day, she’ll explode and take everyone she’s close to down with her. However, Augustus Waters (Ansel Elgort) doesn’t care. Regardless of the circumstances, he’s fallen for her and insists on being with her no matter what.

If you’ve read the book or are somewhat familiar with the film, you’re already well aware that Hazel’s story is a total tearjerker. But, “The Fault in Our Stars” isn’t just a good cry. It also isn’t just a strong young adult film or just a heartwarming romance. It’s a comprehensive, honest slice-of-life with the power to conjure a wide range of emotions that then let you appreciate the whole experience – the ups and the down.

The first half of the movie actually plays more like a fun, coming-of-age piece. Even with her oxygen tank and grim prognosis, Hazel’s just a normal girl, and a particularly likable one at that. And the same goes for her friends, too. Nat Wolff steps in as Isaac, a member of Hazel’s support group who’s on the verge of losing his sight but also obsesses over relationship issues, too. And then there’s Gus. Sweet, charming Gus. He’s brimming with passion and positivity, and Elgort has absolutely no trouble selling every ounce of it. Between Hazel’s compassion, Gus’ fun-loving attitude and Isaac’s wisecracks, no matter what they’re doing – playing video games, discussing books or even medical issues – you can’t get enough.

But of course, that only makes the sadder portions of the film tougher to take. “The Fault in Our Stars” is the epitome of a good cry. The writers don’t just drop in tear-jerking story beats because we’ve hit the third act and it’s time to open the floodgates. When you cry, it’s always justified and serves the story and the experience well. “The Fault in Our Stars” isn’t about crying for these kids and their unfortunate situations. It’s about understanding, crying with them and then taking something from their experience for yourself.

When you walk away from “The Fault in Our Stars,” you’re not just leaving the theater with red eyes and a wad of soggy tissues. You’re leaving with a stronger appreciation for what you have and loads of hope for what’s to come. It’s Gus’ philosophy personified. Even though he admits, “There will come a day when all our labor has been returned to dust,” it’s not going to stop him from loving Hazel while he can, now. It feels as though director Josh Boone took a similar approach to this movie. Even though it could have been a two-hour sob fest, Boone makes sure it’s the positive, not the negative, that makes the lasting impression.

John Green’s book has a similar effect, but imagining these things while reading versus seeing them play out on screen calls for a new approach to the text. Screenwriters Scott Neustadter and Michael H. Weber respect the book, but are also very much in-tune with the effect this material will have in the flesh. In an effort to avoid spoilers we’ll keep this vague, but there is one particularly sad event in the book after which the rest of the characters essentially wade in it. It’s manageable in the book, but had they included those scenes in the film, they would have been too much. “The Fault in Our Stars” earns all of its sadness, but there’s still the risk of drowning someone in so much sorrow that he or she loses touch with what the characters were fighting for to begin with. Neustadter and Weber don’t let that happen. They take some creative license with the source material and the movie is better off for it.

At a glance, a young adult cancer romance may appear to be gunning for a very specific audience, but “The Fault in Our Stars” is a must-see for everyone. You don’t need to be in on the YA craze, have a thing for tearjerkers or mushy romances. All you need is the desire to see a good movie, one that’ll make you feel and then feel better for it. 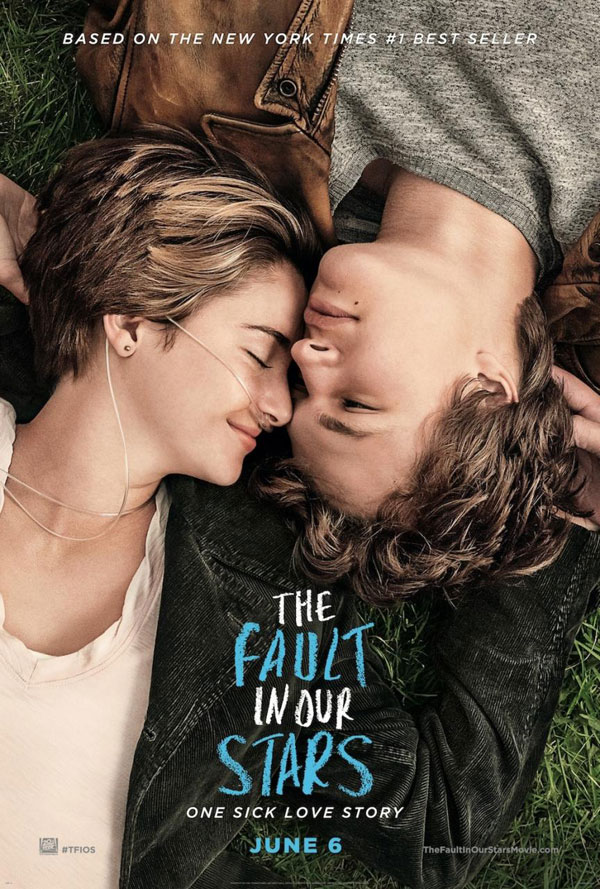