Expert Hollywood blacksmith, Tony Swatton, recreated William Wallace’s Claymore from ‘Braveheart’ in a new clip for Defy Media’s hit viral series, ‘Man at Arms.’ The video is the latest from the master swordsmith, who every other Monday creates audiences’ favorite weapons from video games, movies and television.

The series follows Swatton, who’s known for being the prop master behind such hit films as ‘Pirates of the Caribbean,’ ‘X-Men,’ ‘Spider-Man,’ ‘The Hunger Games’ and ‘The Matrix,’as he builds real-life versions of iconic pop-culture weapons in his Los Angeles specialty shop, Sword & Stone. Since its inception, ‘Man at Arms’ has helped the AWEme channel reach over 1.9 million subscribers and over 75 million viewers.

Watch Swatton recreate William Wallace’s Claymore from ‘Braveheart’ in the new ‘Man at Arms’ clip below. 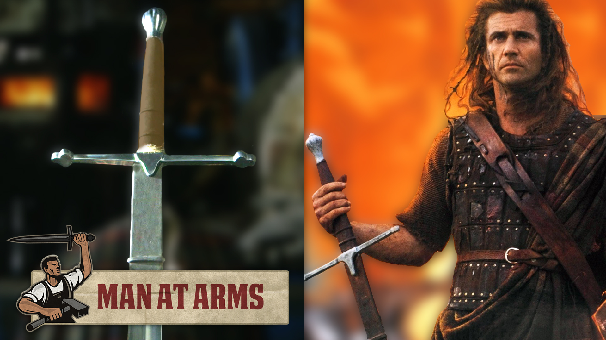