While renewed calls for a national focus on income inequality, predominantly grounded in a discussion of a minimum wage hike, are met with predictable squeals of “Class warfare!” from barons of industry, perched-on-high professional capitalists and other assorted defenders of the status quo, there’s an important second front in this developing battle — one that can be seen in the emerging populism of Senator Elizabeth Warren, who has made student loan debt (and the attendant profits reaped by federal government programs) one of her pillar issues. The new documentary “Ivory Tower” dives headlong into this thorny issue, not bemoaning achievement gaps or essaying the relative deterioration of American high schools, but instead asking pointed questions about what it is reasonable to expect from institutions of higher education, and how they may need to be retooled in the digital age.

Directed by Andrew Rossi, “Ivory Tower” rather clearly venerates college, but not in an empty-headed, reflexive or elitist manner. Rather, it makes a crisp, convincing case for the college classroom (regardless of specific size) and university experience in sum being the ideal rehearsal spaces for democracy — where civility, an open mind and the free and reasoned exchange of contrasting opinions can forge crucial critical thinking and cooperative skills needed in almost every industry. The fiscal imperilment of this experience for future generations, then, is something that should give us all pause.

Utilizing profiles of a variety of institutions, Rossi (“Page One: Inside the New York Times”) sketches out how colleges in the United States, long regarded as leaders in higher education internationally, have come to embrace a competitive business model (see: “US News & World Report” special rankings) that often promotes turnover and expansion over the quality of learning. Akin to the Cold War’s arms race, this boom has been great for construction (i.e., build a $45 million student activities center to keep up with the university down the road) and layered levels of college and university administration, but without much benefit for students, who are increasingly asked to shoulder greater and greater costs. College tuitions have skyrocketed more than 1120 percent since 1980. This is especially true for state universities, many of whom have seen their endowments slashed and raided to fund Pyrrhic political victories.

The stories herein are edifying and interesting. In addition to examining historically black colleges and so-called “MOOCs” (massive open online courses) from companies like Coursera, Udacity and edX, “Ivory Tower” also roots down into a radical core premise — the idea of a quality education as a right. To this end, strands looking at Deep Springs College (a free school in California’s Death Valley that extracts a two-year commitment in exchange for labor and community service) and Cooper Union (another free school, established in 1859 by industrialist Peter Cooper and endowed by a lease fee on the land that houses the Chrysler Building) rate among the most interesting. The latter is particularly fascinating, detailing a student revolt against president Jamshed Bharucha when he introduces a plan to start charging tuition following a series of misguided expenditures and failed investments on the part of the board of trustees.

Interweaving an original score from Ian Hultquist that makes evocative use of a simple drum-and-guitar pattern, Rossi delivers a movie engorged at times with feeling, and full of questions for which there are not always necessarily easy real-world answers. Doesn’t that describe the college experience itself, however? Even when monsters and villains of parity and justice can be identified, after all, it doesn’t immediately deliver us a solution. Our mission: try, try again, fail again, fail better.

NOTE: For more information on the film, visit www.TakePart.com/IvoryTower. 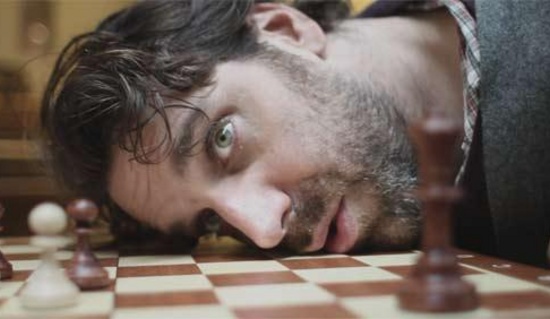