Jonathan Lowenstein (Garrett Hedlund) has been living with the fact that his father Robert (Richard Jenkins) has been living with cancer for years. Tired of the failed attempts to rid his father of the disease, he has since moved to Los Angeles to pursue his dream of becoming a rock star. His father never showed faith in his talent. He gets the news that his father wants to be taken off his respirator in 36 hours, and he Jonathan has to drop everything to see his father one last time.  His sister (Jessica Brown-Findlay) obtains an injunction to stop their father from killing himself.  Robert tells his family that his illness has been a burden on the family far too long, but  if his daughter can come up for a valid reason within 24 hours not to kill himself, he’ll keep on fighting. Jonathan meets a young girl dying of cancer in the same hospital (Jessica Barden), hesitant at first, helps her fulfill some of the most important things left on her bucket list. From that he takes with him that life is to be lived and not prolonged for the sake of others.

The bad: A lot of big names to fill basically throw-away parts. I didn’t see how Jennifer Hudson, Terrance Howard, or Amy Adams’ characters made any dent in the storyline.  Amy Adams played an old girlfriend who has moved on, but is familiar with the family’s plight. He’s not rekindling a relationship with her, so who cares? Jennifer Hudson is a sassy oncology nurse, and Terrance Howard is the doctor who understands his patient’s refusal to fight. Stanislavsky said there are no small parts…but…well yeah there are, they’re right here.  The bit with Jonathan taking cancer kid Meredith to a mock-prom felt kind of like the director was trying to force feed “the feels,” which made me a little uncomfortable, especially since she started talking about sex. I was hoping Jonathan wasn’t going to give her a mercy bang just to fulfill her bucket list, and thankfully that didn’t happen.

The good: If you’re a fan of weepy cancer dramas, then grab your box of tissues and tuck in. The rest of the cast is pretty stellar, the ending is a heart-destroyer.  All of the emotions that would go into saying goodbye to a loved one, is all there on display and it’s pretty brutal.

Watch at your own risk. If you don’t want to cry in front of your date, wait to watch this alone. If Jenkins doesn’t get nominated for an Oscar, then the devil is running the show. 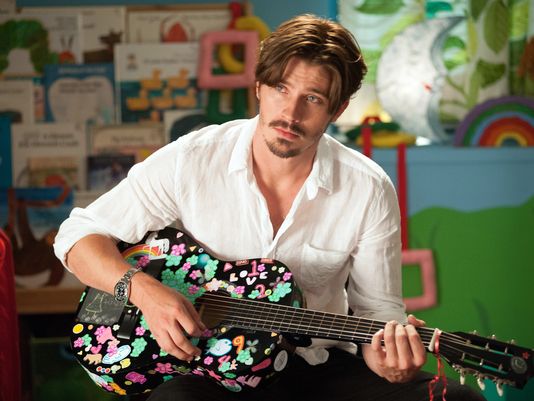