The latest dealings between the most notorious and hardened criminals of ‘Sin City: A Dame to Kill For’ have finally been previewed in the world premiere of the official trailer for the anticipated crime thriller. The trailer offers a glimpse of the heated conflicts in the anticipated sequel to the hit 2005 original film in the series, ‘Sin City.’

The trailer comes before Dimension Films theatrically releases the follow-up on August 22. Robert Rodriguez and Frank Miller, the latter of whom penned the ‘Sin City’ graphic novels the movies are based on, returned to franchise to once again co-direct the film. They also co-wrote the script for the sequel with Academy Award-winning scribe, William Monahan.

Dimension Films has released the following synopsis for ‘Sin City: A Dame to Kill For’:

Co-directors Robert Rodriguez and Frank Miller reunite to bring Miller’s visually stunning “Sin City” graphic novels back to the screen in Sin City: A Dame to Kill For. Weaving together two of Miller’s classic stories with new tales, the town’s most hard boiled citizens cross paths with some of its more notorious inhabitants. Sin City: A Dame to Kill For is the follow up to Rodriguez and Miller’s 2005 groundbreaking film, Frank Miller’s Sin City.

‘Sin City: A Dame to Kill For’ is primarily based on the second book in Miller’s ‘Sin City’ series, but it will also feature two original stories, including ‘The Fat Loss’ and ‘The Long Bad Night.’ In ‘The Fat Loss,’ Alba’s character, Nancy, deals with being traumatized by her past. She has visions of John Hartigan, played by Willis, the cop who sacrificed himself in ‘That Yellow Bastard’ in ‘Sin City.’ In ‘The Long Bad Night,’ Johnny, played by Gordon-Levitt, is a gambler who has a personal debt to settle with the powerful and corrupt Senator Roark, played by Boothe.

For more information on ‘Sin City: A Dame to Kill For,’ visit the film’s official website, as well as its Facebook page. Watch the new trailer for the next film adaptation in the ‘Sin City’ franchise below. 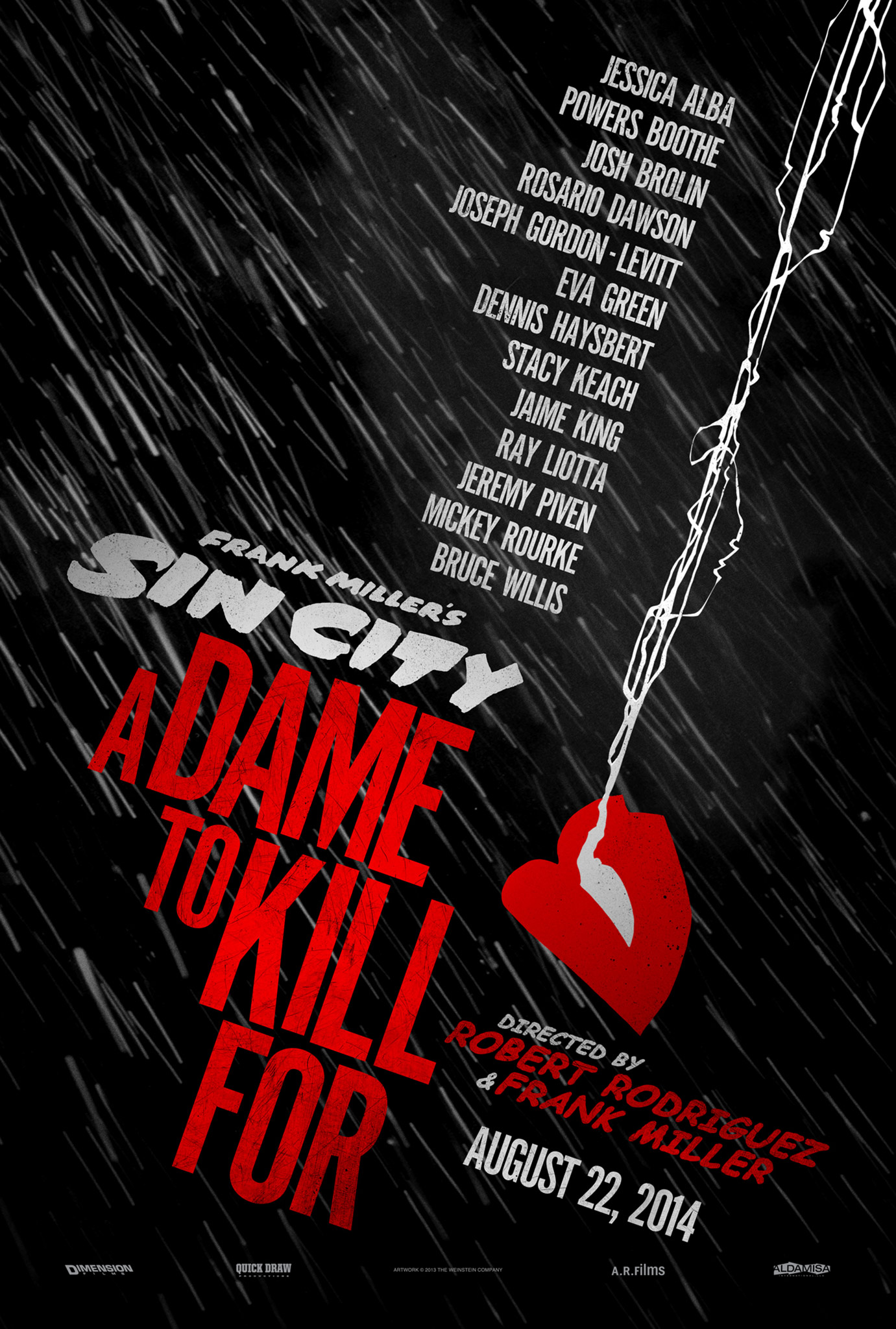