Get Ready For Espionage In The November Man’s Teaser Trailer

Relativity Media is bringing audiences on a riveting journey of espionage this summer, with the release of the teaser trailer for its upcoming thriller, ‘The November Man.’ The film’s new trailer features such stars as Pierce Brosnan, Luke Bracey and Olga Kurylenko in action.

The thriller, which is based on Bill Granger’s novel ‘There are No Spies’ from the ‘November Man’ book series, was directed by Roger Donaldson. The movie, which is set to be released on August 27, was written by Michael Finch and Karl Gajdusek. It also stars Eliza Taylor, Caterina Scorsone, Bill Smitrovich and Will Patton.

The following synopsis for ‘The November Man’ has been released by Relativity Media:

Code named ‘The November Man,’ Peter Devereaux (Brosnan) is a lethal and highly trained ex-CIA agent, who has been enjoying a quiet life in Switzerland. When Devereaux is lured out of retirement for one last mission, he must protect valuable witness, Alice Fournier, (Kurylenko). He soon uncovers this assignment marks him a target of his former friend and CIA protégé David Mason (Bracey). With growing suspicions of a mole in the agency, there is no one Devereaux can trust, no rules and no holds barred.

For more information on ‘The November Man,’ visit the film’s Facebook, Tumblr and Google+ pages. Watch the teaser trailer for the thriller below. 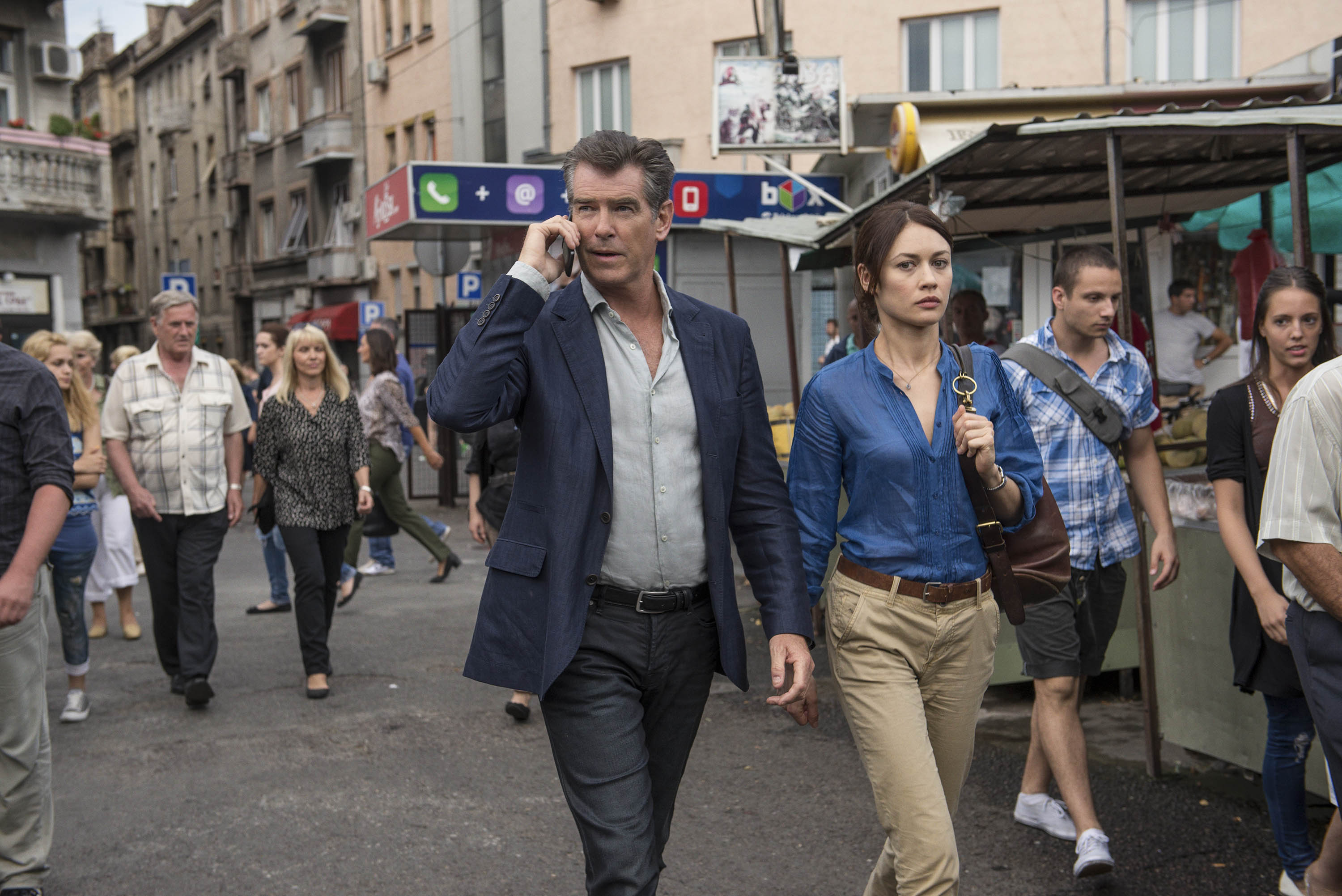