Tariq Nasheed, a New York Times bestseller, is known for teaching men across America how to mack with confidence with his books like “The Art of Mackin'”. But Nasheed has also been on a quest to teach America about race, racism and the things America needs to do to wake up to a crisis that’s been there all along. ShockYa was happy to speak with Nasheed about his upcoming film, “Hidden Colors 3” and his views on what needs to happen to make America a better place for all to live. “Hidden Colors 3,” part of Nasheed’s “Hidden Colors” film series, will be in theaters June 26.

Looks like “Hidden Colors 3” will be an intriguing film. Especially so for me, since I’m from Birmingham and I read that you lived in Birmingham for a while.

Tariq Nasheed: Yeah, I went to high school down there. I went to West End–they don’t have it no more. But yeah, I lived in Birmingham for a while.

I’m sure living here, in the epicenter of the Civil Rights Movement, jump-started your ideas about race and racism.

Tariq Nasheed: Absolutely. When I was living down there in the ’70s and ’80s, there was forced integration and it had its repercussions as well because they were coming up with covert ways to segregate the kids. That’s when they started special education and putting black kids in learning disability classes and putting black kids in behavioral classes. That’s when all of that started. I remember that being very prevalent.

Since we’re talking about “Hidden Colors 3” and racism and discrimination, what was it like to create this film and have talent like Nas, Dick Gregory and Paul Mooney to be a part of it?

Tariq Nasheed: This is the third installment of the “Hidden Colors” series. With the first one, we were really focused on the hidden history because when we look at the History Channel [and] the Discovery Channel, we see a lot of black and African history just simply omitted from the discussion. So I wanted to talk about a lot of things about black history that are never discussed. [Things] that are outside of slavery, because when we discuss black history, usually we just talk about slavery, civil rights and that’s it…The second “Hidden Colors” is talking about the triumph of melanin. We’re talking about the scientific theories and spiritual theories about melanin. We focused on that and we focused on history.

Now this installment, “Hidden Colors 3” will focus on racism in America and some of the unwritten rules of racism within the dominant society. In this country, we talk about how we need to discuss race, but we never have a real dialogue about racism and race in America at all. With this film, I want it to be that dialogue.

We’ve had the Trayvon Martin ordeal, the recent mess with Donald Sterling, and more stuff within the past two years. How do you think America has grown–if at all–in how it deals with race relations?

Tariq Nasheed: We haven’t grown as far as race relations. We haven’t grown at all. When it comes to race relations, we go in this big circle. We start off one way, we say we want to make changes and then we wind up going back to square one. [It’s] just like in the 1950s, when we wanted schools to be better, we wanted to stop segregated schools, the whole “separate but equal” thing. We made this big brouhaha and we had the civil rights struggle and we got some temporary gains, but now, we’re back at square one. The schools are just as segregated as they were in the 1950s. Now, what happened is that you have kids in the dominant society being taken to charter schools, private schools, you have gentrification going on, so we are literally back at square one. And, a lot of the black people are worse off than they were in the 1940s and ’50s because now we don’t even have an economic base, whereas we had that in the 1950s. We had black businesses, black banks, black insurance companies, but we don’t even have that any more. We are almost in a worse off position and we don’t understand the rules of racism, so that’s why we have to understand that racism is not just about someone hating you or someone not liking you, but are resources now being distributed to the dominant society. We have to understand that from that perspective.

What was it like to get insight from Nas, Gregory and Mooney?

Tariq Nasheed: Nas is a deep guy. Nas is my buddy. He’s always been a deep rapper. He’s the best–some would say he’s the best rapper who ever touched the mic. When I wanted to get people in the film, I wanted to get the most thorough people I could find, so Nas has been a very conscious guy. And then we have the legendary Paul Mooney, who has always kept it 110 [percent] when it comes to race relations. Paul brings the heat…I had to pull Paul back a lot because Paul goes all the way there, so I had to reel him in on some of the footage, but Paul is very thorough. He’s not afraid to talk about race realistically. Then we have the legendary Dick Gregory, another scholar-warrior who is not afraid to talk about race realistically.

That’s the problem–a lot of people…don’t like to talk about race realistically[.]…[A] lot of people in the dominant society don’t like to talk about race because it makes them uncomfortable and black people don’t like to talk about race because they feel that those in the dominant society will take things away from them–they’ll take their goodies away, they’ll take their jobs away. There’s a lot of fear and a lot of people afraid to talk realistically. So that’s why I got the Paul Mooneys and the Nases and the Dick Gregorys. David Banner, who’s in the movie “The Butler,” a southern rapper–he’s very through, he’s not afraid to discuss it. So that’s our thing–we’ve got to stop being afraid to discuss things openly and just deal with it.

What do you think could change about how Americans view race relations?

Now, in the black community, what we need to do is stop trying to convince those in the dominant society to love us or give us a pat on the head…What we need to do is to create an economic base. Once we create an economic base, the effects of systematic racism will have less of an effect because an economic base is a protective force for you…We don’t have economic base, we are just spenders and that makes us weak. When cops target us, there’s nothing we can do. When a Trayvon Martin gets shot, there’s nothing we can do but march. When a Sterling is calling us all types of names, we can just sit and have people apologizing for him. We keep operating from a system of weakness and we’ve got to get an economic base, to where that will be our protective shield, to a certain degree.

This film will be adding to the images of black America in the media and how we see ourselves portrayed. What do you think your film will add to the conversation?

It’s important to see a counterbalance and see black people really stand up for themselves and discuss the issues that affect our lives realistically and talk about the system that creates a lot of things in the black community that we have to deal. A lot of people say we need to take personal responsibility, but a lot of issues in the black community were created by outside entities. Responsibility number one is the know who those entities are and how to deal with them effectively.

How do you hope people who haven’t really thought about race relations before will receive this film?

Tariq Nasheed: That’s why I made the film–I make my films entertaining and educational and I make my films for people who are not used to looking at a history film or race relations film[.]…[A] lot of times when you hear about a history film or a race relations film, you might think it’s going to be boring or the same-old same-old…You think it’s going to be the same thing you’ve seen for the last 40 years. It’s much more than that, it’s deeper than that. We cover a lot of things not talked about in the dominant society and I want people to wake up and realize that you have to deal with racism, that racism is real, what racism is, because that’s very important. People are confused as to what racism is, they think it’s name calling and that’s not it whatsoever. It’s a system. People think that racism is a guy in a Klan suit beating up black people. That’s not racism–that’s an extremist. Racism can be very subtle, it comes in different forms, but it is a system. I want people to walk away knowing the system and what they have to do to counter that system and replace that system with a system of justice. 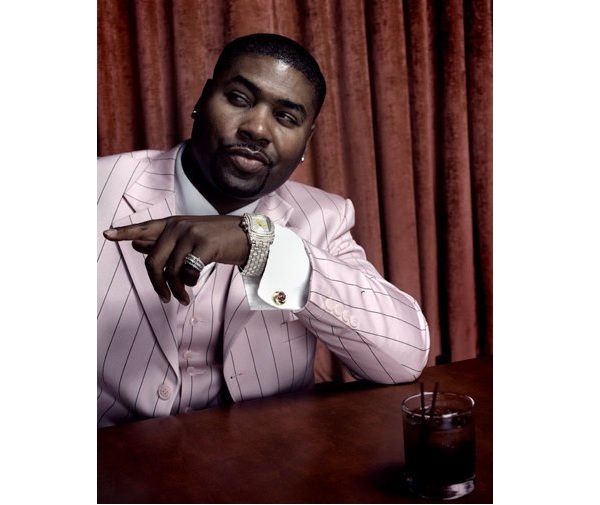 Cancel reply
See the Dawn of the Planet of the Apes In New International Clip
Fandango Debuts Exclusive Transformers: Age of Extinction Clip
To Top