Eric Bana is set to ‘Deliver Us From Evil’ in a new 15-minute featurette from his upcoming horror film. In the clip, titled ‘Sarchie,’ the name of the actor’s character in the crime thriller, the New York police officer is presented as being a decorated sergeant who has been on the job for over 18 years. But he also leads another secret life, in which he’s a highly regarded demonologist who battles evil and helps those who have nowhere else to turn.

‘Deliver Us From Evil,’ which is based on the true events of the retired NYPD police officer, is set to be released in theaters on Wednesday by Screen Gems. Besides Bana, the movie also stars Olivia Munn, Edgar Ramirez, Sean Harris and Joel McHale. The thriller was directed by ‘Sinister’ and ‘The Exorcism of Emily Rose’ helmer, Scott Derrickson, who co-wrote the script with Paul Harris Boardman. The movie, which was executive produced by Jerry Bruckheimer, is based on the 2001 book, ‘Beware the Night,’ Sarchie co-wrote with Lisa Collier Cool.

Screen Gems has released the following synopsis for the crime film:

In ‘Deliver Us From Evil,’ New York police officer Ralph Sarchie (Eric Bana), struggling with his own personal issues, begins investigating a series of disturbing and inexplicable crimes. He joins forces with an unconventional priest (Edgar Ramírez), schooled in the rituals of exorcism, to combat the frightening and demonic possessions that are terrorizing their city. Inspired by the book, which details Sarchie’s bone-chilling real-life cases.

Watch the 15-minute featurette from ‘Deliver Us From Evil’ below. 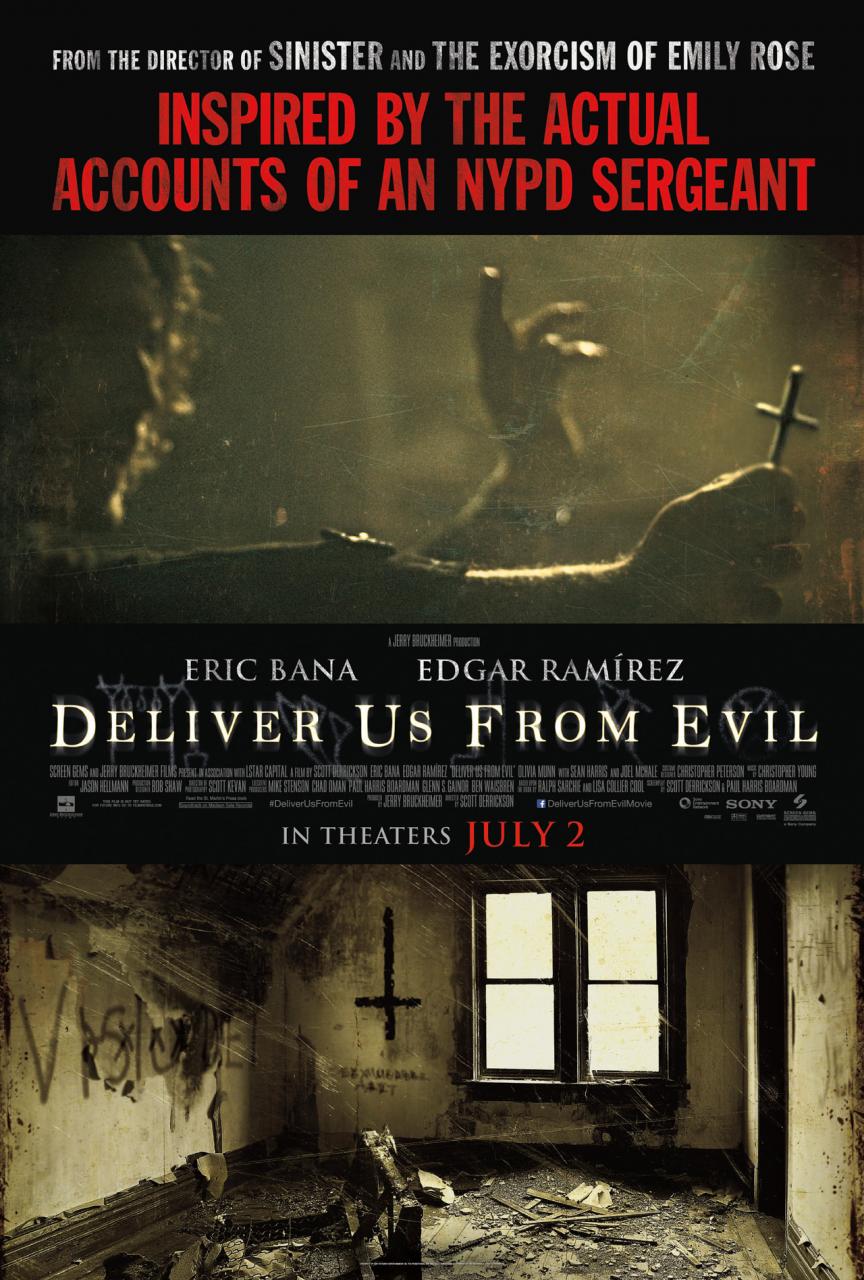