Netflix has released the following synopsis for Season 2 of ‘Hemlock Grove’:

Season two continues with the town coming to grips with the shocking massacre incurred by one of its deadliest creatures. Roman (Bill Skarsgård) and Peter (Liboiron) are now faced with new responsibilities and the realities that come with adulthood. Roman’s relationship with his mother, Olivia (Famke Janssen), is all but dead as he struggles with his unwanted Upir birthright and the disappearance of his sister, Shelley (Nicole Boivin). Peter moves in with Destiny (Kaniehtiio Horn) and is forced to get a job after his mother is sent away. Meanwhile, in search of a new life, newcomer Miranda Cates (Madeline Brewer) embarks on Hemlock Grove with an unknowingly profound effect on Peter and Roman. Norman (Dougray Scott), still reeling from the loss of his family, must face the harsh truths that are uncovered about those he still loves. The White Tower looms menacingly over the town as Pryce’s (Joel de la Fuente) mysterious experiments are questioned and he will be faced with the hardest decision of his career.

Watch the ‘Hemlock Grove – Wolf Transformation Behind The Scenes’ clip from the Emmy Award-nominated series below. 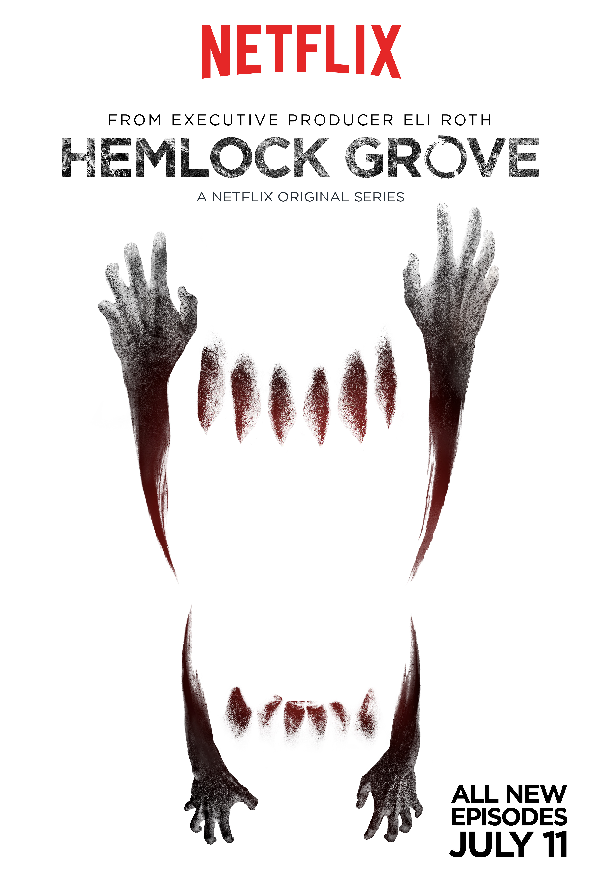