Endearingly reuniting and working with your long-term friends to not only entertain families in your community, but also teach them the importance of banding together in times of need, is an important message to send to children who are first being exposed to crucial life lessons. Not only did the cast of last year’s hit animated comedy, ‘Planes,’ endearingly reunite for the film’s new sequel, ‘Planes: Fire & Rescue,’ to provide more family-friendly jokes for young children, but the new story also stresses the value of protecting those you care about. While world-famous air racer Dusty has garnered fame after his multiple wins since he began competing in the first film, the happy-go-lucky protagonist learns the true meaning of friends, family and support after a drastic life-altering event.

‘Planes: Fire & Rescue,’ which was directed by Bobs Gannaway, features a dynamic crew of elite firefighting aircraft devoted to protecting historic Piston Peak National Park from raging wildfire. When Dusty (voice of Dane Cook) learns that his engine is damaged, and there’s no chance of repairing or replacing it, as it’s no longer in production, he’s saddened to learn he may never race again. Then a fire accidentally breaks out at his local airport, leading Dusty and friends look to Mayday (Hal Holbrook), a wheezy old fire truck, to extinguish the fire. But Mayday’s faltering equipment makes it harder to extinguish the blaze than it should be.

When the airport is subsequently shut down due to non-compliance with safety regulations, Dusty is inspired to do his part to help save the day—and find a second-chance career alternative to racing—by joining an elite squad of aerial firefighters. Together these brave flyers are tasked with protecting the beautiful and historic Piston Peak National Park during wildfire season. The squad is led by veteran fire-and-rescue helicopter Blade Ranger (voice of Ed Harris), and his courageous team includes spirited air tanker Dipper (voice of Julie Bowen), heavy-lift helicopter Windlifter (voice of Wes Studi), ex-military transport Cabbie (voice of Captain Dale Dye) and a lively bunch of brave all-terrain vehicles known as The Smokejumpers. Together, the fearless team battles a massive wildfire and Dusty learns what it takes to become a true hero.

Returning series scribe Jeffrey M. Howard, who also penned the animated comedy’s predecessor, created a heartwarming follow-up that further showcases the sentiments and pride of the endearing and celebrated air racer. While Dusty loves entertaining his fans at races and festivals, when he learns his engine’s gearbox is irreplaceable, he wants to continue helping his community in any way possible. Howard’s heartwarming story of Dusty’s perseverance to prove to Blade Ranger he’s a worthy addition to the aerial firefighters squad proves that selfish fame isn’t the best way for anyone to garner attention. While he’s sad to see his triumphant racing career ending, Dusty alluringly realized that helping other planes, cars and vehicles from life-threatening danger is always more important than just entertaining them.

While Howard created an intriguing and powerfully important message of family banding together in their time of need in ‘Planes: Fire & Rescue,’ the sequel’s animation was also captivatingly impressive. Character animators Ana Maria Alvarado and Aram Lakhotia creatively designed each vehicle to perfectly suit their personalities. From Dusty’s sleek orange and white frame, showing he does like to capture his audiences’ attention, but can also effectively accomplish his rescue mission, to Dipper’s vibrant yellow paint and expansive wings, which emphasize her larger-than-life personality, each plane and vehicle’s unique personality is showcased in their design. The distinctive designs of the planes and their cohorts not only powerfully showcase the unique identity of each vehicle, but also offers stunning contrast as they’re traveling together in times of emergencies and bonding.

‘Planes: Fire & Rescue’ impressively follows in its cleverly powerful predecessor’s footsteps by stressing the importance of supporting and protecting your friends and family over the egotistical value of your own personal fame and continuous winning. Dusty is a noteworthy, endearing hero who powerfully showcases that caring for your community can be more personally rewarding and fulfilling than constantly drawing attention to your own personal feats. Combined with the alluring and entrancing character animation from Alvarado and Lakhotia, which powerfully highlighted the distinct personalities of each plane and vehicle, the second entry in the ‘Cars’ spinoff series is a perfectly entertaining and inspiring family movie. 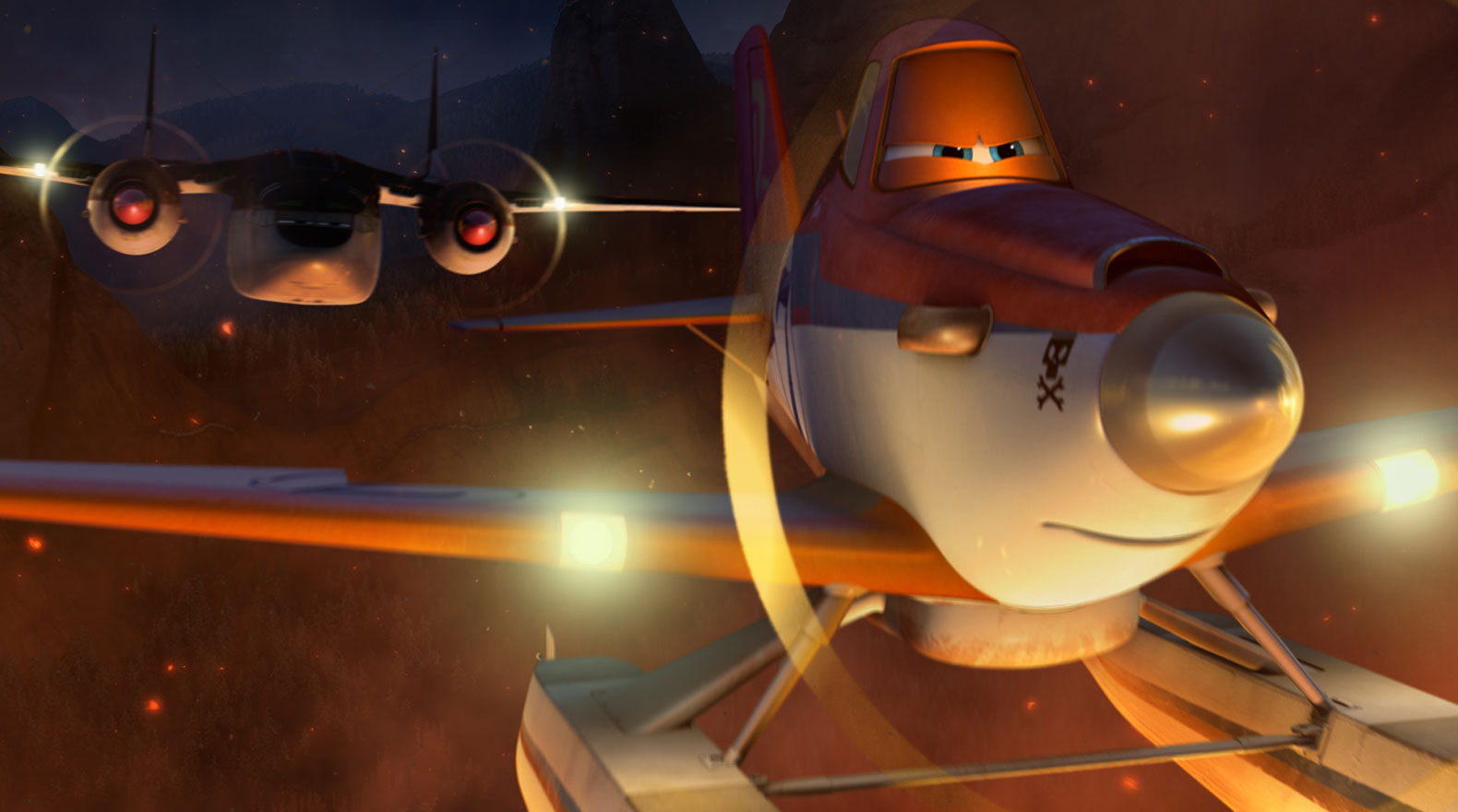