Title: BIRDMAN or (The Unexpected Virtue of Ignorance)

Alejandro González Iñárritu – the first Mexican director to be nominated for the Academy Award for Best Director, as well as by the Directors Guild of America – opens the 71st edition of the Venice Film Festival with a rather remarkable flick.

‘BIRDMAN or (The Unexpected Virtue of Ignorance)’ is a black comedy that mercilessly demolishes all egos in showbiz. Critics, Hollywood celebrities, so-called artists from the New York scene, they all have to face their pretentiousness: the role they play in society with way too much conviction.

The trigger to this existential journey and dramedy is actor Riggan Thomas (Michael Keaton) – famous for portraying an iconic superhero – who struggles to mount a Broadway adaptation of Raymond Carver’s short Stories ‘What We Talk About When We Talk About Love.’ In the days leading up to opening night, he battles his ego and attempts to recover his family, his career, and himself.

With the play’s opening night looming, Riggan’s lead actor is injured by a freak accident during rehearsals and needs to be replaced quickly. At the suggestion of lead actress Lesley (Naomi Watts) and the urging of his best friend and producer Jake (Zach Galifianakis), Riggan reluctantly hires Mike Shiner (Edward Norton) – a loose cannon who is guaranteed to sell tickets and get the play a ravishing review. As he prepares for the stage debut, Riggan must deal with his girlfriend and co-star Laura (Andrea Riseborough), his fresh-from-rehab daughter and personal assistant Sam (Emma Stone), as well as his ex-wife Sylvia (Amy Ryan), who appears now and again to check-in with the intent to stabilise things.

Michael Keaton ironises emphatically delivering a terrific performance, basically showing us the existential crisis of the man behind the mask. Not Batman alone. He embodies all of us. If “All the world’s a stage, And all the men and women merely players,” Keaton shows us exactly how difficult it is for each individual to fail society’s expectations and therefore lack the so coveted attention. Thusly all his theatrical companions – interpreted by Zach Galafianakis, Edward Norton, Andrea Riseborough, Amy Ryan, Emma Stone and Naomi Watts – enhance the fact that we all have our “exits and entrances” and that each one of us “plays many parts.”

Iñárritu enchantingly gives a touch of Miguel de Cervantes, as Riggan Thomas’ contemporary Don Quixote desperately tries to tackle and to succumb to his vain alter ego – the one who determined his glamorous popularity, to the detriment of his artistic credibility. The thin life between reality and imagination, consciousness and subconscious merge to resonate how recognition is a mere and temporary illusion.

In the age of social media – where continuous validations of egos pass through Tweets, Instagram pictures and Facebook Likes – the director of socially relevant movies such as ‘Biutiful,’ ‘Babel’ and ‘21 Grams,’ explores the ephemeral nature of success and the question of relevance. 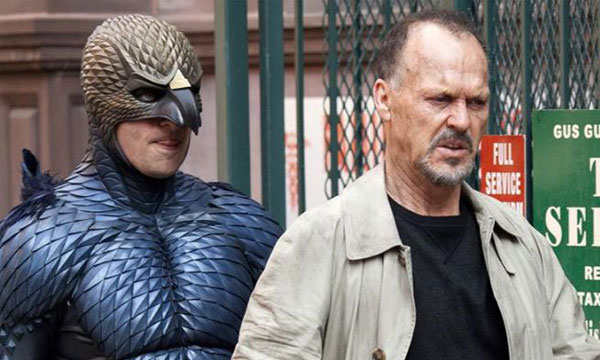