Exploring the motivations and secrets of the main characters of a film is often one of the most important aspects that truly allows audiences to relate to, and understand, the protagonists and antagonists of any story. While horror movies often forgo those character studies to instead frighten audiences with physical threats and stunts, the best entries in the genre are often the ones that incorporate the characters’ emotions in with the action. Actress Sophia Myles enthralling embraced the need to infuse her new horror independent film, ‘The Damned,’ which was helmed by genre veteran Victor Garcia, with both powerful emotions and physicality to showcase the true terrors of the story.

‘The Damned,’ which is now available on VOD and will open in theaters tomorrow, chronicles an American father, David Reynolds (Peter Facinelli), who’s still emotionally contending with the recent death of his Colombian-born wife. Their teenage daughter, Jill (Nathalia Ramos), decides to travel to her mother’s native country and spend time in Bogota, as a way to rebel against her father and cope with her grief. In order to protect his daughter, David travels to the city with his new fiancée, Lauren (Myles), to pick Jill up and bring her home.

Despite warnings from a native police officer and treacherous weather, David, Jill and Lauren are accompanied by Jill’s boyfriend, Ramón (Sebastian Martínez), and the sister of David’s late wife, Gina (Carolina Guerra), to try to retrieve the teen’s passport so they can return home. But after the group gets into a car accident on their way to the city of Medellin, they’re left stranded at a rundown isolated inn, whose keeper is inexplicably hostile. The group ignores the innkeeper’s instructions not to roam the area, and end up discovering he has chained his young daughter in the basement. But the girl isn’t as innocent as she initially appears to be, which David and his family quickly learn after gruesome deaths quickly ensue. The travelers are forced to try to find a way to escape before the girl tortures all of them and reveals their darkest secrets.

Myles generously took the time recently to talk about filming ‘The Damned’ over the phone from her native England. Among other things, the actress discussed how the story’s unpredictable plot elements, as well as the chance to film on location in Columbia, convinced her to take on the role of Lauren, and how she enjoyed working with Garcia, as he was a collaborative director who gave the cast creative freedom over their characters.

ShockYa (SY): You play Lauren in the new horror thriller film, ‘The Damned.’ What was it about the character of David, and the script overall, that convinced you to take on the role?

Sophia Myles (SM): Well, I found the twist at the end of the story to be really clever. I’ve also never made a horror film before, so it was the first movie I’ve made in that genre, so that also appealed to me.

Another big draw about the movie for me was that it was going to be shot in Columbia. I had never been there before, so I was absolutely fascinated to visit a place that has such a reputation. I wanted to go and see what it was like for myself. I found it to be one of the most beautiful places on Earth.

SY: The horror movie was shot on locations in Columbia, like you mentioned. Do you prefer working on location, and how does it influence the filmmaking process?

SM: I fell in love with Columbia, and it’s one of my favorite countries now. The people are delightful, and the food is out-of-this-world. The scenery is so breath-taking and beautiful. I think the media has painted such a negative perception of it to the public, which is entirely untrue. I felt much safer there than when I was filming ‘Transformers (Age of Extinction)’ in Detroit.

SM: I never prepare for roles. I work very organically, so I wait until I get to the set, and intuitively decide what’s right to do on the day we’re shooting.

SY: Peter Facinelli plays Lauren’s new fiancé, David Reynolds, who she accompanied to pick up his daughter, Jill, in Medellin, Columbia. What was your relationship with Peter like as you were shooting the movie?

SM: Peter was delightful. We all had a great time working together.

SY: The mystery film was directed by Victor Garcia, who has previously helmed such horror films as ‘Hellraiser: Revelations,’ ‘Mirrors 2’ and ‘return to House on Haunted Hill.’ What was your experience of working with Victor on the film like, since he has experience in the genre?

SM: It was an absolute pleasure working for Victor. He’s a lovely person, and incredibly talented at his job. It was also great working with him in the sense that because he’s Spanish, he was able to communicate very well with the crew. However, I had to use a lot of sign and body language, because my Spanish was non-existent before I went to Columbia. But I did pick up a few bits and pieces along the way.

SY: Did Victor allow you and your co-stars to improv, or offer suggestions on the ideas you had about your characters’ backstories?

SM: Oh, definitely. Victor was very open, and is a collaborative director. He doesn’t focus on doing things in just one way. He gave us a lot of freedom.

SY: Victor has said that he has always thought that no matter how creepy or gory a film is, the movie isn’t going to fully work unless you have a sense of real drama and characters. When making a horror film, do you agree that developing the characters’ backstories and relationships helps set up the effectiveness of the physical scares of the story?

SM: Oh, absolutely. Action standing on its own is awfully boring. You need depth, character and soul to make any story interesting.

SY: Do you enjoy taking part in the physicality aspects of the role of Lauren, particularly since you have experience in the horror genre?

SM: It was a lot of fun to pretend to be scary. The location was absolutely beautiful, but sinister at the same time. It had a great energy to it. It made the whole movie and the shoot feel so right.

SY: With ‘The Damned’ being shot independently on a shorter shooting schedule, did that experience drive the creativity process of developing your character and her relationships, as well as the story?

SM: It was lovely-I love the intensity of working fast. The shoot was great, but I’m astonished that we managed to do it in the time that we had. I think we did a great job.

SY: ‘The Damned’ is currently playing on VOD, and is also set to be released in theaters on August 29. Are you personally a fan of watching films On Demand, and why do you think the platform is beneficial to independent films like this one?

SM: I think the whole way in which films are distributed these days, which lets people watch movies on laptops, iPads or even phones, is amazing. I don’t think I’ve been to the cinema in about a year, as I tend to watch most things on my Mac.

SY: The horror thriller, which was released on VOD on July 29, debuted at the number 1 on the iTunes horror list. What does it mean to you that the film reached the top spot so quickly? Do you think that it helps prove that movies don’t need a big theatrical release to connect with fans in the horror genre?

SM: Everyone who I’ve spoken to who has seen it has been really impressed. I haven’t seen it myself yet, as I haven’t had the opportunity. It hasn’t come out in England yet, so I can’t download it at the moment. But I’m excited to see it for myself.

SY: Besides films, you have also starred on such television series as ‘Moonlight’ and ‘MI-5.’ How working on a television show compare and contrast to making a film, and do you have a preference of one medium over the other?

SM: It doesn’t make a difference to me, because the experience of shooting doesn’t change, whether you’re making a movie or television series. As long as the story’s great, I don’t care if it’s on television or in a movie theater.

SY: Would you be interested in starring in another horror film in the future?

SM: It depends on the script and the story. The plot is the most important factor to me, and the genre in which it’s set is secondary. So if it’s a good story and character, I’m game.

SY: Besides ‘The Damned,’ do you have any upcoming projects lined up that you can discuss?

SM: I have a movie called ‘Blackwood,’ which is a British psychological thriller. It’s brilliant, and it just came out in the U.K. I’ve also been working on a television series for the BBC, which is going to start in September. It’s called ‘Our Zoo,’ and it’s based on a true story. It takes place in the early 1930s. It’s about a working class family who set up Chester Zoo in England. 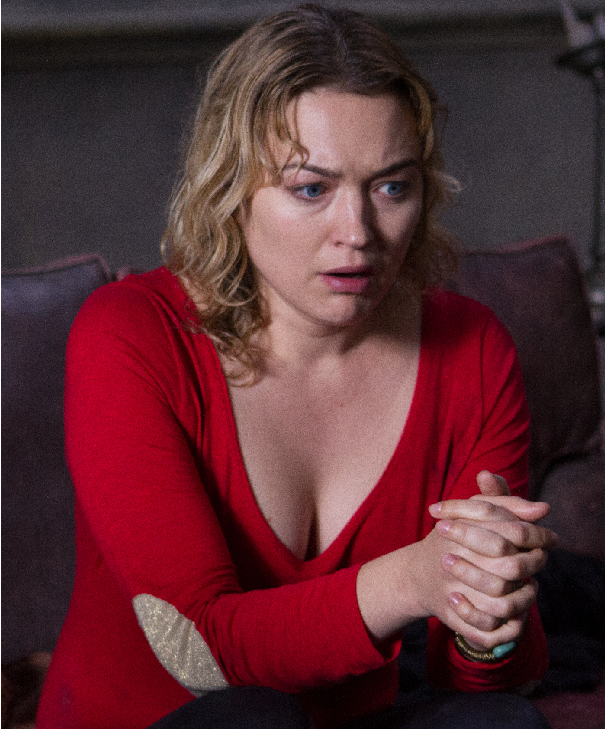