Truly understanding other people’s pain and inability to cope with the agonizing experiences they’ve faced throughout their lives is a challenge many people are unable to understand, until they’ve witnessed their agony first-hand. The new horror film ‘Tusk,’ which was written and directed by Kevin Smith, is a prime and exhilarating example of how people, even as they mature and grow older, can joke, and even take pleasure in, other people’s misfortune. The movie smartly emphasizes that until a person is intimately shown the distressing past of even one other person, and how their troubling experiences have emotionally damaged them, no one should make light of their background and situation.

‘Tusk’ follows Wallace (Justin Long) and his best friend and fellow podcaster, Teddy (Haley Joel Osment), who have built a fanbase for their show, ‘The Not-See Party,’ by ridiculing people. Not only do the two hosts thrive on mocking the videos people post on the Internet, but also interviewing them about the weird and peculiar activities they partake in. One of the main elements of the podcast follows Wallace as he travels to meet the intriguing people who have captured their attention, and then comes back to report on his experiences to his co-host.

Despite the money and attention Wallace and Teddy have garnered through ‘The Not-See Party,’ Wallace’s girlfriend, Ally (Genesis Rodriguez), thinks the show is too mean-spirited. Thinking his interviews are negatively impacting him, she tries to convince him to change his antics, particularly when he decides to interview “the Kill Bill kid.” But Wallace insists on meeting the viral video star, who has gained notoriety after he films himself accidentally cutting off his own leg with a sword.

Once Wallace arrives in Winnipeg, Canada, his plans unexpectedly change at the last minute. Hoping to still get an interesting story for the show while on his trip, the podcaster answers what sounds to be a fascinating ad from an old man, Howard Howe (Michael Parks). Hoping to hear the mysterious man’s lifetime’s worth of adventures on the high seas, Wallace travels to his secluded mansion, which is two hours outside of the city. But to his surprise the next morning, the broadcaster finds himself strapped to a chair, and his host reveals he has more sinister plans for him.

After receiving mysterious messages from Wallace, Teddy and Ally travel to Canada from L.A., in an effort to find and save him. They illicit help from a weary Surete du Quebec detective, Guy Lapointe (Johnny Depp), who has been tracking Howe for years. He offers Wallace’s friends valuable insight into the man’s actions, in the hopes they can find and stop him before he commits any serious damage to Wallace.

After grippingly exploring political and religious issues in his last horror film, 2011’s ‘Red State,’ Smith naturally eased into balancing powerful and important social issues with amusing humor and comedy in ‘Tusk.’ Wallace and Teddy are intriguingly presented as being driven to embrace the comical and interesting aspects of every situation, no matter what harrowing effects the events have on other people. With the “Kill Bill kid” video, for example, the two co-hosts reveled in the publicity their discussion about the stunt brought to ‘The Not-See Party,’ and wanted to profit off of the boy’s pain of losing his leg. After losing the story, Wallace was so happy to have found a new intriguing interview in Howe that he continuously laughed at the older man’s jokes and stories, despite the looming disaster that’s awaiting him.

While Long had a genuine and comical bond with Osment and Rodriguez in their brief scenes together, and even formed an engaging relationship with Parks when their characters first meet, Depp naturally offered the most off-beat, memorable portrayal in ‘Tusk.’ The Golden Globe-winning actor gave a whimsical portrayal of the determined detective, as he longs to finally track down the man he believes has been deceivingly luring people into his home and committing inconceivable acts on them. While Depp infused the eccentric detective with outlandish tendencies, such as smashing his excessive fast food hamburgers as he relayed his long pursuit of Howe to Teddy and Ally, the character’s surprisingly perceptive insight on the antagonist was one of the most intriguing elements of the story.

Besides infusing memorable comedy into the grim and terrifying injustices Wallace suffers at the hands of his attacker, Smith also featured eerily compelling music and scores that powerfully highlighted the ghastly physical and emotional turmoil the characters, particularly Wallace, experience throughout ‘Tusk.’ When the podcaster first arrives at Howe’s dauntingly bizarre mansion, and the older man relays his past struggles, Christopher Drake, who was in charge of putting together the music for the horror film, enthrallingly infused the scene with a classical piano score. The music helped emphasize the illusion to Wallace that Howe had an honorable past. But as Wallace begins to undergo the terror that Howe unleashed on him, the seemingly soothing music gave way to the protagonist’s harrowing cries for help, and pleas for his assailant to put an end to his inhumane and unwarranted attacks.

With his new writing and directorial effort in the horror genre taking such a drastic turn from the intense social commentary he infused into his last film in the genre, ‘Red State,’ Smith effortlessly created a more comedic and intriguing story in ‘Tusk.’ Wallace and Teddy were intriguingly able to find the humor in every situation that happened to other people, and reveled in using other people’s pain for their benefit for their podcast. But the protagonists, who had plenty of their own faults and shortcomings, weren’t able to fully appreciate the damage painful situations could have on a person while Wallace was unjustifiably targeted by Howe. While Drake’s smart music choices powerfully emphasized the drastic changes the characters were all faced with during the film, Depp’s scene-stealing minor role as the outlandish Guy Lapointe truly helped maintain Smith’s insightful exploration into how people don’t truly understand pain until they’re faced with it themselves. 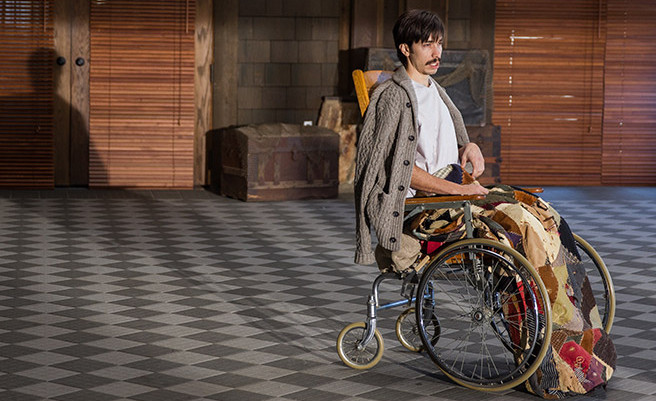