Powerfully representing an iconic leader who’s regularly associated with evil, and instilling that portrait with a powerful relatability, can be an ambitious challenge for any actor and helmer. But Gary Shore, who made his feature film directorial debut with the new action fantasy drama, ‘Dracula Untold,’ enthrallingly allowed actor Luke Evans to compassionately show the progressive nature of his title character. The actor naturally infused the role with an instinctive human element as he showcased Vlad the Impaler’s origin story, and his dire battle his internal demons as he morphed into the blood-thirsty Dracula.

Set in the year 1462, ‘Dracula Untold’ tells the origin story of the alluring title immortal character, as he leads a prolonged period of peace. Dracula, who is fairly ruling Transylvania under his given name, Vlad III, is enjoying his life with his wife, Mirena (Sarah Gadon), and their teenage son, Ingeras (Art Parkinson). The Prince of Wallachia and his family are determined to maintain the peace for their country. They’re mainly trying to ensure that their people are well-protected, particularly from the powerful Ottoman Empire, which has its sights on global domination. But Sultan Mehmed II (Dominic Cooper) demands that Vlad hand over 1,000 of Wallachia’s boys, including Ingeras, to become child soldiers in his army. Vlad must decide to either do the same as his father and give up his son to the sultan, or defeat the Turks, in order to save the children.

In an effort to protect his son, Vlad journeys to Broken Tooth Mountain, where he encounters a foul demon, called the Master Vampire (Charles Dance). The two enter into a Faustian bargain, which gives the prince the strength of 100 men and enough power to defeat his enemies. However, he will be inflicted with an insatiable thirst to drink human blood. While he’s determined to save his people, he begins dwelling on the darkness that resides inside him, and how it can destroy all that he wants to protect.

With most films centering on the vengeful title vampire since the release of Bram Stoker’s 1897 novel, Dracula, enthrallingly focus on the constant agony the malicious antagonist often unleashes on his victims, screenwriters Matt Sazama and Burk Sharpless made a bold and risky decision to explore his empathetic origin story. The scribes powerfully emphasized the internal struggle Vlad faces as he decides to sacrifice his own happiness and freedom in order to protect not only Ingeras and Mirena, but also over the people he rules. Vlad’s ultimate willingness to accept the Master Vampire’s terms strikingly emphasizes the prince’s determination to defeat the sultan and his army, while also balancing the bloodlust fans have come to accept from the famed Dracula.

Vlad’s gripping determination to single-handily fight and defeat Mehmed and his thousand-man army was alluringly highlighted through the skillfully complicated fight and action sequences from stunt coordinator Buster Reeves. For three months prior to principal photography, Reeves worked with Evans to capture the stunning visual imagery Shore wanted to showcase through Vlad’s fights his strong desire to save the his kingdom. The captivating choreography throughout the action fantasy drama stunningly emphasizes how Vlad not only wants to defeat Mehmed, but also his thirst for blood and guilt over not being able to protect his family and people from their enemies.

Costume designer Ngila Dickson also charismatically created genuinely realistic costumes for ‘Dracula Untold; that perfectly balanced the equally entrancing brazen and subtle personality traits for all the characters. But the most captivating of all the characters’ outfits were those worn by Vlad, particularly the armor he wore during battle. Vlad initially wears outfits that emphasize his happiness with his family and with his people, having finally let go of the guilt he harbored for the despicable atrocities he committed when he was younger. But as he truly begins cruelly fighting back against Mehmed and decides to accept the Master Vampire’s help, his clothing becomes darker, which helps mirror his gloomier tone and thoughts about life.

With his feature film directorial debut, Shore impressively chose to forgo the typical harrowing and malevolent behavior that fuel most vampire films, particularly those driven with too many villainous and bloodthirsty main characters; he instead created a unique character study of a person who’s believed to be one of the most vicious antagonists in cinema history. ‘Dracula Untold’ not only smartly emphasized the struggle Vlad faced as he decided how to best protect the people he rules, but also featured striking stunts and action sequences, as well as smartly genuine costumes, to prove that even the most ruthless leaders can dramatically change their lives and prove their worthiness. 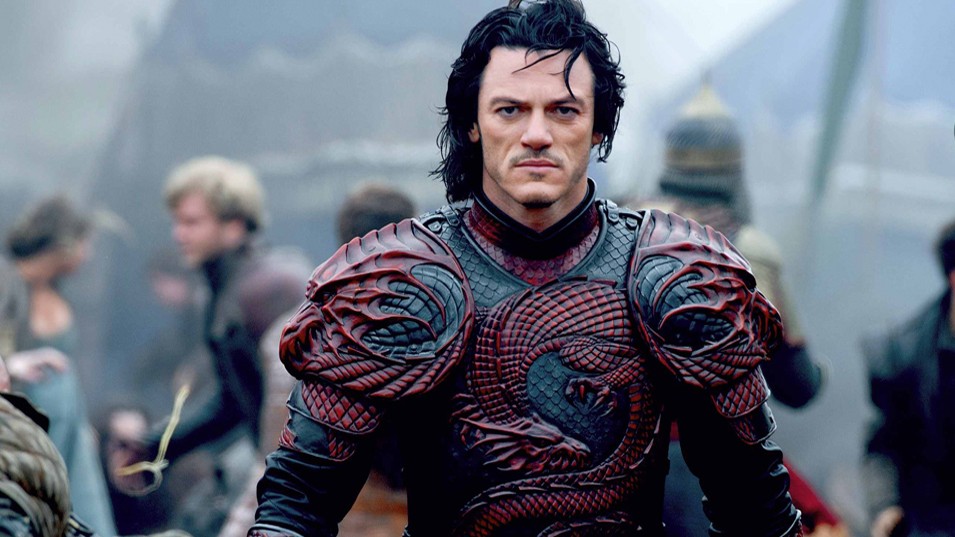