Society often forms unwarranted opinions about people and situations just based on the external characteristics they’ve grown accustomed to seeing on a regular basis. But hidden emotions and motivations often push people into committing drastic actions just so they’ll be noticed by the very people who are neglecting and hurting them. That buildup and subsequent drastic consequences are both relatably and entertainingly showcased in the new comedy, ‘Alexander and the Terrible, Horrible, No Good, Very Bad Day.’ The film, which is the first family movie from director Miguel Arteta and is based on author Judith Viorst’s acclaimed 1972 novel of the same name, powerfully and engagingly focuses on how emotionally damaging those unjustified views and actions have on people, particularly young teens like the title character.

‘Alexander and the Terrible, Horrible, No Good, Very Bad Day’ follows the young title character (Ed Oxenbould) as he wishes his happy family members would finally have an awful day like he regularly has, so that they finally understand what his life is usually like. The day before his 12th birthday, one of Alexander’s popular classmates schedules what promises to be the best social event of the year that will rival his own party. Another one of Alexander’s peers makes him the victim of a vindictive photo text he sends to the entire school. The struggling protagonist also wakes up with gum in his hair, and being upset his teacher assigns someone else Australia for a geography project, even though he specially asked to write about it. Alexander also accidentally lights the science notes of his crush, Becky Gibson (Sidney Fullmer), with a Bunsen burner during their science lab experiment.

After wishing on the candle of his birthday ice-cream sundae just after midnight on his birthday, Alexander comes to believe his family has truly become cursed the following morning. His dad, Ben (Steve Carell), has a job interview at a video game designing company after losing his position in the aerospace industry seven months before. But he becomes distracted when he’s forced to bring Alexander’s infant brother, Trevor (female twins Elise and Zoey Vargas), to the interview. His mother, Kelly (Jennifer Garner), who’s a publishing executive, has to oversee a major book launch. She’s promised by her boss, Nina (Megan Mullally), to get a big promotion at work if the promotion goes well, but her chances are shattered after realizing the printing company made a costly spelling effort.

Alexander’s older sister Emily (Kerris Dorsey), is about to play Peter Pan in a school play, and is determined to prove her talent. But when she catches an immobilizing cold right before the play’s performance, she drinks too much cough medicine, which leads to her performing disastrous stunts on stage. Meanwhile, their handsome and vain older brother, Anthony (Dylan Minnette), is set to get his driver’s license and be crowned Prom Duke alongside his girlfriend, Celia (Bella Thorne). But he experiences a series of mishaps during his driving test, and starts to see the true nature of his demanding girlfriend. As the family works to make it through their dreadful day, they begin to realize how much they took Alexander for granted, and how much they should appreciate each other more for all they do.

With his first truly family driven comedy film, Arteta created an amusingly relatable and endearing story that was faithful in emphasizing the alienated feelings kids of all generations have felt within their families and amongst their peers that Viorst showcased in her beloved book. The director also enthralling showcased the modern obstacles and sibling and peer rivalries teens are also experiencing in a light-hearted and comical matter. Whether Alexander was trying to make the plans for his birthday party sound more exciting to Becky, so that she would want to spend time with him, or attempting to ignore the teasing from his classmates about the embarrassing Photoshopped texts, the jokes and heartfelt struggles the director infused throughout the family comedy are impressively relatable to viewers of all ages.

Arteta also smartly cast the entertaining ensemble family comedy with distinctively diverse actors who reveled in their characters’ humor and new-found appreciation for their family members and the people they care about the most. In his first major leading Hollywood role, Australian actor Oxenbould was perfectly hired to play the adventurously captivating and mischievous title character. The young performer perfectly balanced showcasing Alexander’s appreciation for finding the humor in even the most harrowing situations with struggling to find true companionship, love and appreciation from the people he so longingly hopes will understand him.

Despite mainly being known for starring in such raunchy adult comedies as The 40-Year-Old Virgin, the Anchorman series and Date Night, Carell also entrancingly took on the caring, but equally hilarious, Ben. Whether joking and talking like a pirate while meeting with his potential new bosses, wittily running after a kangaroo who escaped in his neighborhood or taking Emily becoming sick all over his shirt in ease, the Golden Globe-winning actor effortlessly showed that Ben is the quintessential, caring, all-American dad.

‘Alexander and the Terrible, Horrible, No Good, Very Bad Day’ is a welcomed contemporary update on the classic 1972 novel of the same name that both amusingly and emotionally explores the at-times distressing effects inattention from family and peers can have on a teen. Arteta smartly not only examined how that negligence can diminish a teen’s views on their relationships and self-esteem, but also empathizes how people have to take the feelings of others into consideration when they’re making decisions. Along with the perfect casting of the actors, particularly Oxenbould and Carell, the Coopers are portrayed to be a captivatingly diverse family who comes to realize they need to completely rely on, and love, each other to survive. 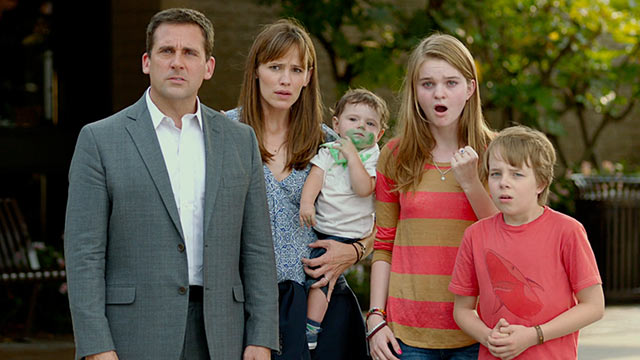