Jennifer Lopez is offering audiences a glimpse into her forbidden attraction in the new one-sheet for her upcoming psychological thriller, ‘The Boy Next Door.’ The one-sheet from the film features the actress and her co-star, ‘Step Up’ star Ryan Guzman, who plays the title role.

‘The Boy Next Door’ is being produced by Lopez and Jason Blum of Blumhouse Productions. Universal will distribute the thriller in theaters on January 23, 2015, as a part of the studio’s first-look deal with Blum’s production company.

Rob Cohen, who is known for helming the hit 2001 action thriller, ‘The Fast and the Furious,’ is directing Lopez and Guzman in ‘The Boy Next Door.’ The filmmaker’s new movie also stars John Corbett, Kristin Chenoweth and Ian Nelson.

Universal and Blumhouse Productions have released the following synopsis for ‘The Boy Next Door,’ which was written by Barbara Curry:

‘The Boy Next Door’ stars Jennifer Lopez as a newly separated mother who finds herself attracted to the teenage boy who moves in next door and befriends her son. But when she wants to stop their illicit romance, he’s not ready to let her go.

The trailer for ‘The Boy Next Door’ shows Chenoweth’s character trying to convince Lopez’s protagonist of dating again, as she’s been separated from her husband (Corbett) for nine months. When she and her son, Kevin (Nelson), attempt to move on with their lives and spend a day working in their garage, their new next door neighbor, Noah (Guzman), offers to help them. The two teen boys become friends after Noah reveals his parents died in a car accident, and he’s now living with his uncle.

When Noah compliments his new friend’s mother, she appreciates his praise, and their relationship turns into an illicit affair. But when she then tries to end things with him, he tries to further integrate into his neighbors’ lives, and will stop at nothing to get what he wants.

For more information on ‘The Boy Next Door,’ visit the psychological thriller’s official website, as well as its Facebook, Twitter, Instagram, Google+ and Tumblr pages. Check out the film’s new one-sheet, and watch its official trailer, below. 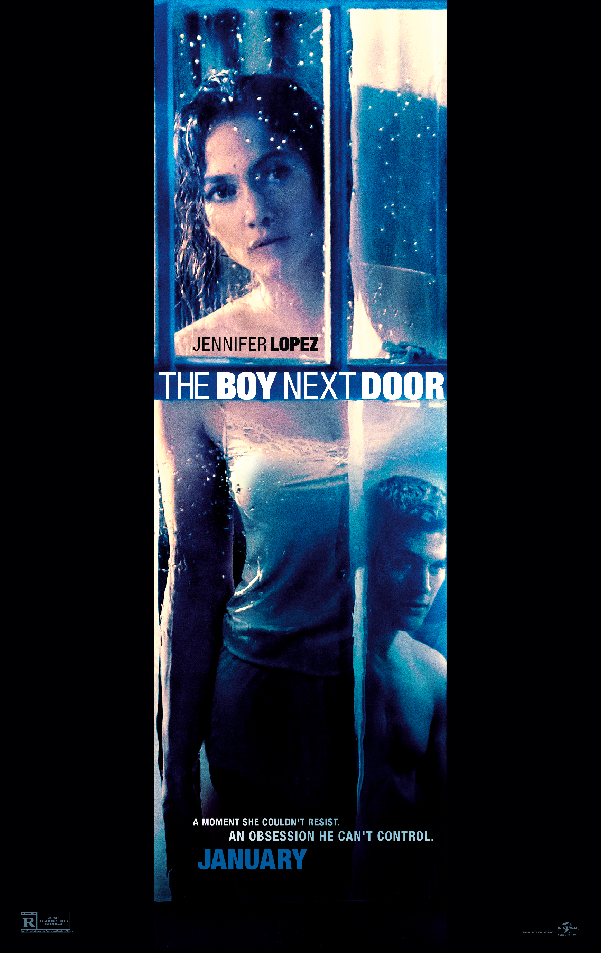