Shockya was gratefully given the opportunity by 20th Century Fox Television to screen the episode on Saturday, October 11 at the Buckner Mansion in New Orleans, the filming location for the Robichaux Academy in ‘American Horror Story: Coven.’ The event celebrated the October 7 Blu-ray and DVD release of the Emmy Award-winning third season of the hit anthology series.**

Striving to find your rightful place in the world can often be a harrowing and distressing process, particularly when society has shunned you for your unique appearance and distinct personality. That continuous painful struggle is the gripping motivating factor in tonight’s second episode of the hit FX anthology series, ‘American Horror Story: Freak Show.’ The episode, titled ‘Massacres and Matinees,’ proves that while the characters are struggling to find acceptance in their community, the television series’ audiences are fully embracing their distinct personalities and views on the world.

‘American Horror Story: Freak Show: Ep 2: Massacres and Matinees’ follows local freak show leader Elsa Mars (Jessica Lange) as she struggles to keep the attraction running during a citywide curfew enforced by the police. With Jupiter reeling from the murders committed by the killer clown Twisty (John Carroll Lynch), and the police still searching for his identity and whereabouts, they insist everyone will be safer if they stay indoors at night.

While Elsa considers her options on how to keep her fledgling show in production, especially during the mandated citywide curfew, she’s approached by a strongman, Dell Toledo (Michael Chiklis), and his new wife, Desiree Dupree (Angela Bassett). While the two insist they need a job with Elsa’s freak show to survive, especially after they were forced to flee Chicago, the leader is initially apprehensive about hiring them. But she decides to give them a chance after Desiree reveals she’s a three-breasted woman, and Dell insists all freak shows need a renowned strongman for entertainment.

Elsa also wants to use Dell for security for the freak show, particularly after the police begin investigating her employees for the murder of one of their detectives. He was killed by Jimmy Darling (Evan Peters) when he tried to arrest conjoined twins Bette and Dot Tattler (Sarah Paulson) for the murder of their mother. The members of the troupe who know of Jimmy’s involvement in the detective’s murder try to protect him from the intensive inquiry by police, as they search the grounds of the freak show for evidence.

Jimmy’s mother, Ethel Darling (Kathy Bates), the show’s bearded lady, is unaware of her son’s involvement of the detective’s murder. But she tries to protect him from Dell, who’s his father, but disowned him as a child for his syndactyly. While Jimmy is unaware of Dell’s true identity, he still quickly comes to resent him for trying to take charge of the entire freak show.

After Dell chastises Jimmy for bringing several members of the freak show to a local town diner, Jimmy tries to frame the show’s new strongman for the detective’s disappearance. He plants the officer’s badge in Dell’s trailer, but is later stunned when the detectives investigating the grounds find it hidden in Meep’s (Benjamin Woolf) room. Dell reveals to Jimmy that he knows he tried to frame him for the detective’s murder, and won’t let him stand in his way of his freedom and goals.

While the detectives investigating the case know Meep isn’t capable of killing their colleague, they still put in in a jail cell, in the hopes he’ll reveal who the real murderer is. But their plan goes awry, as Meep is instead killed by his cellmates. The police then hastily drop his body off back at the freak show grounds, which leads Jimmy to break down over his guilt of not confessing his crime before Meep was killed.

While Dell has an immediate disliking for Jimmy and his role in the freak show, one thing he has encouraged is putting on matinees during the city-wide curfew. He also supports Bette and Dot singing during the performances. Elsa’s agreement to let the twins sing allows them to feel as though they have a purpose in the show, besides just being stared at by the audience for their conjoinment.

During the first matinee, the twins help revive interest in the freak show with an unexpectedly good rendition of Fiona Apple’s ‘Criminal.’ While Dot is the one who has the better voice of the two, Bette tries to keep up with her sister during the song. When Dot receives most of the praise for their performance, Bette becomes jealous of her sister’s surprisingly natural singing ability. Elsa seems to share Bette’s envy of Bette taking all the attention from the audience, particularly when the leader sneaks into the twins’ bedroom later that night. Elsa convinces Bette to harm her sister for making her feel less important.

While Elsa is contending with the numerous strains that are plaguing her troupe, upscale matriarch Gloria Mott (Frances Conroy) is desperate to console her petulant son Dandy (Finn Wittrock). Finding himself continuously bored with the high society his mother happily engages in, he tries to convince Jimmy to let him join the freak show. When Jimmy refuses, angrily telling him to go back home to his mansion, and how much he envies his pampered lifestyle, Dandy is beside himself in pain.

To make her son feel better, Gloria picks Twisty up off the side of a road, and brings him home. Much to the disbelief of Nora (Patti LaBelle), the Mott’s family maid who’s apprehensive of the mother and son’s dynamic, Gloria pays Twisty to cheer Dandy up.

When the tormented clown refuses to talk to, or please, Dandy, and leaves the Motts’ mansion without any explanation, the disgruntled young man quickly follows him. The clown leads Dandy into the woods, where he’s still holding the teenage girl and young boy whose loved ones he killed in the show’s pilot episode, ‘Monsters Among Us.’ Despite the desperate pleas from the teen and boy to help save them from Twisty, Dandy cheerfully joins in to help the clown continue to torment them.

Screenwriter Tim Minear, who has penned several episodes of the acclaimed horror series since its first season, skillfully captured the harrowing and emotionally gripping motivations of the various ensemble characters in ‘Massacres and Matinees.’ The scribe effortlessly teased further insight into how the members of Elsa’s troupe are contending with as they’re struggling to survive the show’s demise. The relatable agony Minear infused into the performers’ desire to be appreciated for who they are captivatingly contrasted Dandy’s signature animated cheerfulness as he searched for a new life that would finally make him happy.

The most enthralling and memorable portrait Minear infused into the story was that of Jimmy’s pained struggle over his guilt of Meep being arrested in his place, and not being able to protect the rest of the performers from Dell’s intimidation and force of power. Evans genuinely and authentically portrayed his character’s pure nature and instincts as he struggled to maintain control over the group and protect their well-being, while also battling Dell and the townspeople who set out to harm them.

Wittrock also offered an intriguingly captivating portrayal of Dandy by subtly emphasizing the deep rooted emotional struggles he has long been combating throughout his life in the higher class of society. While the misunderstood character is superficially presented as being rude and ungrateful to his mother for the grandeur lifestyle she has long provided him, Dandy stunningly reveals his true nature when he finds his match in Twisty. While the clown’s introverted demeanor is presented in stark contrast to Dandy’s flamboyant and carefree lifestyle, the two are intriguingly similar in their desire to take out their frustrations on society on the innocent.

While ‘Massacres and Matinees’ is only the second episode of ‘American Horror Story: Freak Show,’ the show powerfully emphasizes that the current season is honoring the entangled and distressing family relationships that made ‘Murder House’ so intriguing when it premiered in 2011. While the storylines and effects in ‘Asylum’ and ‘Coven’ were also frightening as they explored the ramifications of the supernatural and other worldly beings, the current season of the hit anthology series is skillfully scaring audiences with its true-to-life examination of human nature. If ‘Massacres and Matinees’ is any indication of where the rest of the season is headed, ‘American Horror Story: Freak Show’ has the potential to be the best season of the series. 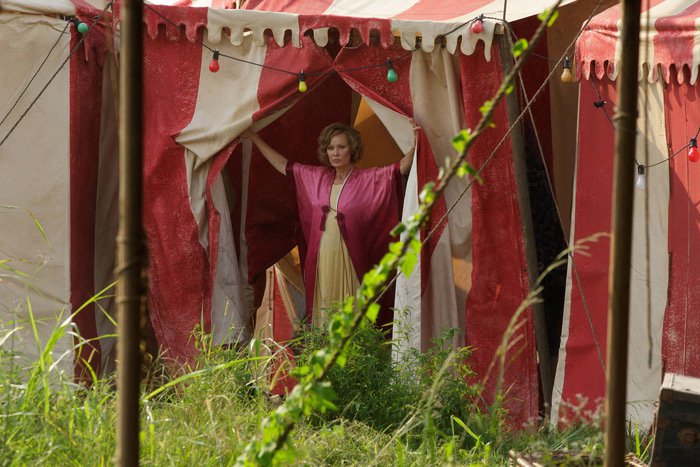 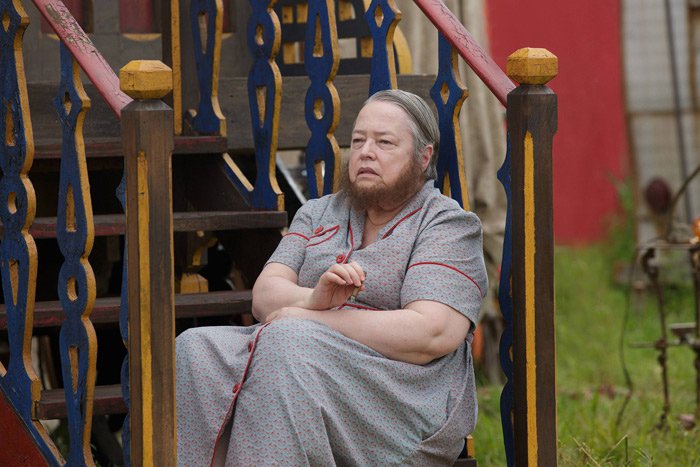 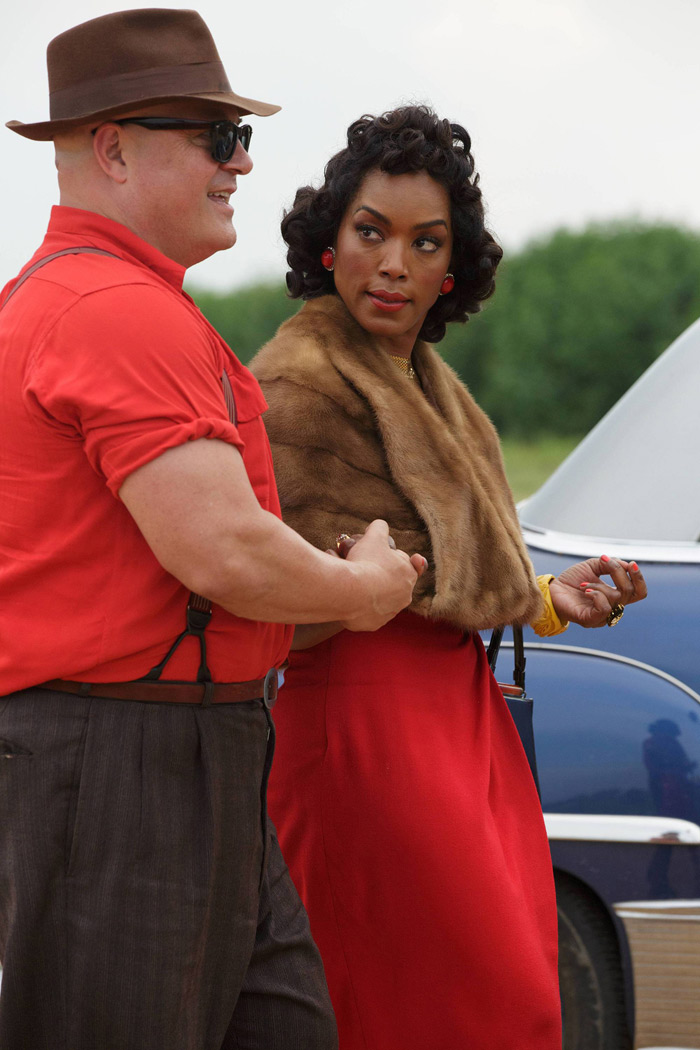 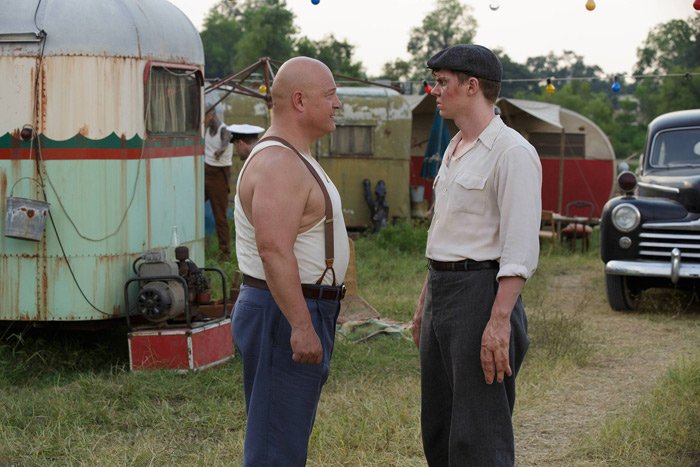