Get ready to be frightened with writer-director Robert G. Hall‘s latest excursion inot unrelenting terror. The acclaimed makeup effects designer’s latest horror film, ‘Fear Clinic,’ will have its world premiere screening next Wednesday, October 22. The movie will play at the Screamfest Film Festival at the TCL Chinese 6 Theatres in Hollywood.

Not only will the highly anticipated ‘Fear Clinic’ have its first public screening at the festival, but there will be a Q&A immediately following the showing. Several cast and crew members will be attendance to discuss the film, including Corey Taylor, the lead vocalist of Stone Sour and Slipknot, who made his acting debut in the movie. His co-star, Felisha Terrell, and award-winning FX creators Robert Kurtzman and Steve Johnson will also be in attendance to talk about the film.

The Black Carpet arrivals for the screening and Q&A will be begin at 6:30pm at the TCL Chinese 6, where the the actual Fear Chamber used in the film will be on display in the lobby. The screening of the movie will then be held at 7:30pm. Actor Brandon Beemer, co-writer/producer Aaron Drane and producer Mark Johnson are also scheduled to attend the black carpet and screening. Tickets for the ‘Fear Clinic’ showing and Q&A at the TCL Chinese 6 Theatres in during the Screamfest Film Festival are now on sale at the festival’s official website.

The following synopsis for ‘Fear Clinic,’ which is be released by Anchor Bay Entertainment in early 2015, has been released:

When trauma-induced phobias begin to re-emerge in five survivors a year after their horrifying tragedy, they return to the “Fear Clinic,” hoping to find the answers they need to get cured.

Dr. Andover (Robert Englund), a fear doctor who runs the clinic, uses his Fear Chamber to animate their fears in the form of terrifying hallucinations. However, the good doctor soon begins to suspect that something more sinister may be at work, something that yearns to be more than just a hallucination. 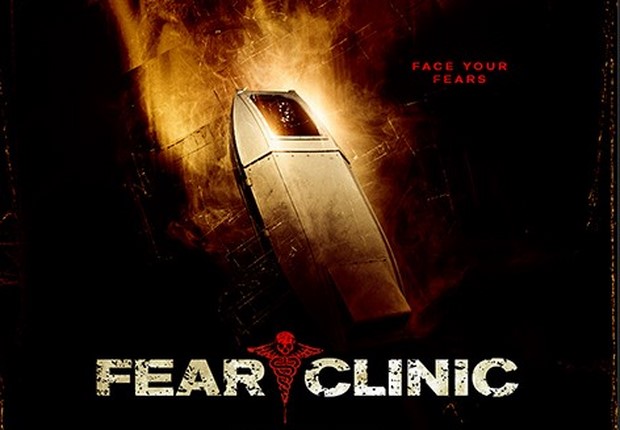