Jude Law, who’s pulling together a misfit crew to search for a mythical lost treasue that’s reportedly sitting at the bottom of the ‘Black Sea,’ is featured in the new official poster for the upcoming adventure film. The poster comes after the thriller’s trailer was released by Focus Features, which will be distributing the movie on January 23, 2015 in US theaters.

Focus Features has released the following synopsis for ‘Black Sea’:

A suspenseful adventure thriller directed by Academy Award winner Kevin Macdonald, centering on a rogue submarine captain (two-time Academy Award nominee Jude Law) who pulls together a misfit crew to go after a sunken treasure rumored to be lost in the depths of the Black Sea. As greed and desperation take control onboard their claustrophobic vessel, the increasing uncertainty of the mission causes the men to turn on each other to fight for their own survival.

For more information on ‘Black Sea,’ visit the thriller’s official website, as well as its Facebook and Twitter pages. Check out the movie’s new official poster, as well as photos from the set and its official trailer, below. 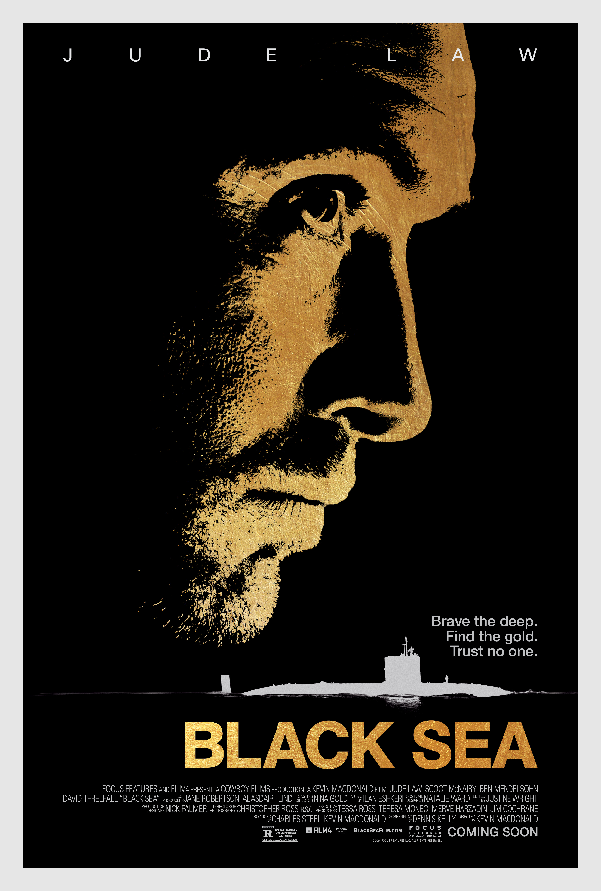