Clive Davis and The Recording Academy will honor the music industry during the annual Pre-Grammy Gala, which is scheduled to occur on Saturday, February 7, 2015. The gala, which will take place the night before the 57th Annual Grammy Awards, will be held at The Beverly Hilton in Beverly Hills, California.

The Pre-Grammy Gala, which is being sponsored by Hilton Hotels & Resorts, Hyundai, JBL and MasterCard Worldwide, will feature special musical performances. The gala will also include the 2015 Grammy Salute To Industry Icons, which will honor Sony/ATV Music Publishing Chairman and CEO Martin Bandier. He will be presented with the President’s Merit Award, in recognition of his contributions to the music industry and his philanthropic endeavors.

After becoming the chairman and CEO of Sony/ATV Music Publishing in 2007, Bandier began overseeing its global music publishing activities, including talent and copyright acquisitions, day-to-day operations, and the development and implementation of the company’s long-term strategic initiatives. He also stands as a passionate advocate for songwriting rights, and leads the industry fight for fair-market royalty rates.

“For seven years now, it’s been a pleasure to partner with the legendary Clive Davis to present our annual Pre-Grammy Gala, a memorable evening complete with unique and exciting performances that serves as an appropriate kickoff to Music’s Biggest Night,” said Neil Portnow, President/CEO of The Recording Academy. “This year, we are especially proud to honor our first music publishing industry icon, Martin Bandier — a luminary whose passion, vision and innovation, combined with his championing some of the world’s greatest songwriters and his tireless work to maximize the value of musical compositions, has helped to shape our musical landscape for decades.” 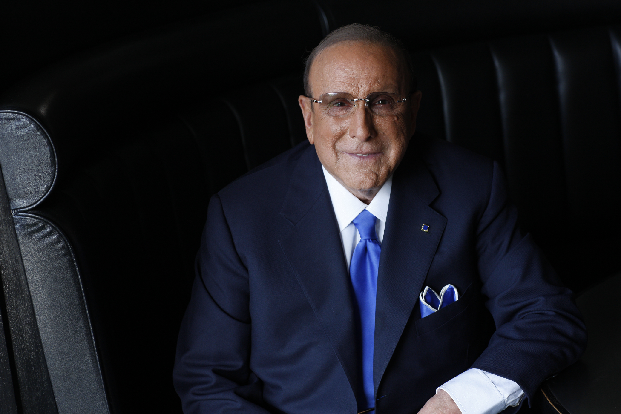 Cancel reply
Gillian Anderson’s The Fall Receives Premiere Date For Second Season
New Night at the Museum: Secret of the Tomb Features One of Robin Williams’ Final Performances
To Top