Gillian Anderson’s character is once again on the trail of serial killer Paul Spector in the second season of her acclaimed drama series, ‘The Fall.’ Netflix has announced that it will unveil the six-episode second season in the US and Latin America on January 16, 2015 at 12:01am PT, in association with Edemol. The drama’s first season is currently available on the on-demand Internet streaming website.

The Golden Globe Award-winning actress reprises her role of Detective Superintendent Stella Gibson, as she is determined to find Paul Spector, who’s played by ‘Fifty Shades of Grey’ star Jamie Dornan. The show’s second season, which is set in Belfast, Northern Ireland, was written and directed by Emmy Award winning scribe, helmer and producer, Allan Cubitt.

Netflix has released the following synopsis for ‘The Fall’:

Following Season 1’s gripping cliff-hanger and despite Gibson and Spector never actually meeting on screen, the chemistry between the two characters was electric and the escalating rivalry became the lynchpin of the first season and left the audience crying out for more.

This critically acclaimed series picks up immediately from where series one left off, with Gibson in pursuit of Spector. A personal link from Spector’s past opens up some clues for Gibson but provokes Spector in a way that threatens to jeopardize the whole investigation. Gibson is forced to take ever greater risks but the closer she comes to capturing him, the more Spector trespasses into her private world, delighting in taunting and provoking her. As the net gradually tightens around him he becomes psychologically ever more dangerous and destructive.

Check out new photos of Anderson and Dornan in the second season of ‘The Fall’ below. 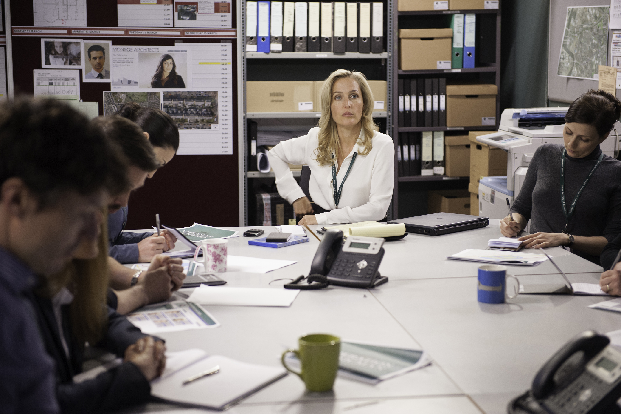 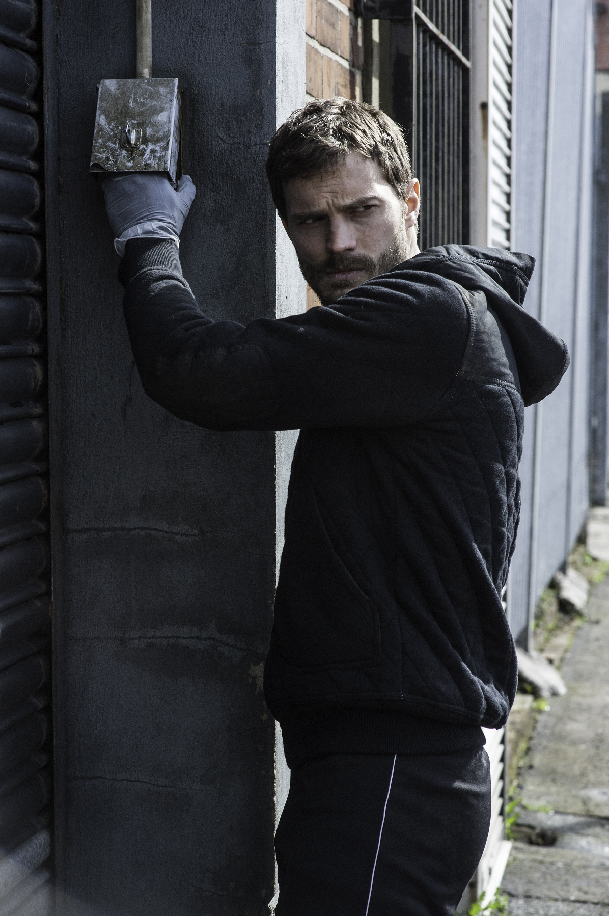