James Gunn on ‘Guardians of the Galaxy’ Bonus Features, The Film’s Success & Beyond

This is the week a lot of Marvel movie universe fans have been waiting for, and that’s the Digital HD release of James Gunn’s ‘Guardians of the Galaxy.’ While many of you are beginning to salivate at the mere thought of watching the hit summer movie at least twenty times over, let’s walk through some of the cool bonus feature pieces that are to be found.

There’s a lot of highlights fans can find from the bonus features, but one of those that many are talking about is the 8-bit transitional points. The pixelated version of director James Gunn walks and flies around each scene, bringing viewers through various points of the movie in this adorable video game format. Unfortunately there is no 8-bit ‘Guardians of the Galaxy’ game in the works, but maybe a creative individual or group will turn it into a reality. “I wish the 8-bit game existed,” said Gunn. “I would like to see a version of me jumping over mushrooms and stuff.” 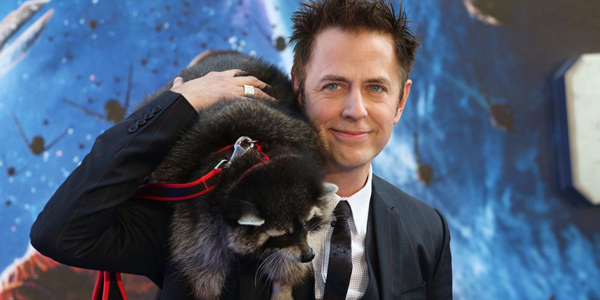 Long before Gunn and company began shooting ‘Guardians of the Galaxy,’ he had to go through a lot of concepts designs, perfecting not only the look of the main characters but the Marvel cinematic universe’s first adventure in space. When Gunn first approached the material and transformed it into a script, he was expecting a certain amount of resistance on his vision. Thankfully Kevin Feige and company aren’t the kind of people to turn down the kind of universe that was swirling through Gunn’s head. The bonus features bring us through the visual effects, the detail for each character’s look and some other wonderful snippets of clips, like the gag reel. There’s a couple of clips from that reel that have found their way online, but there’s so many others that must be seen.

Speaking of clips that fans should see immediately, the deleted scene list boasts a couple fantastic story points that could’ve made the final cut but unfortunately did not. The most poignant one of the collection was the “Sisterly Love” scene where Gamora and Nebula get into a little bit of an argument about Thanos playing favorites and how they were ripped from their own home worlds. Gunn didn’t want to take that clip out, but in the end it was necessary. “The truth is we had tons of stuff in the first act on the Dark Aster for too long,” explained Gunn. “It does provide information, but it made the movie move slower so we had to cut it.”

There was one 8-bit transition that particularly stood out, and it was the small but awesome appearance of comic character Beta Ray Bill. Now it’s no surprise that there’s a number of cool Marvel easter eggs sprinkled within ‘Guardians of the Galaxy.’ The keen eyesight of some Marvel fans have alerted them to the very small appearances of a couple popular comic characters, but not all of them are hints as what’s to come of that particular universe. And yes, this does include Adam Warlock. “I went through the Marvel handbook and just picked cool things that were neat,” said Gunn. “Now that everyone’s seen Adam Warlock’s cocoon, now everything thinks he’s out there. There’s a lot of stuff in there, and there’s also a lot of stuff that people think they see that I don’t think is in there. The visual effect guys were pulling tricks on me.”

Now that could be the case, but maybe the folks at Marvel did sneak a couple of cool hints of what’s to come in there. And fans will never know whether or not they’ll see characters like this unless they keep watching Marvel movies. Ah, so that was your plan the whole time Marvel, with continually perking our interests of what’s to come. Very clever, but it does work for myself and many other fans around the world. 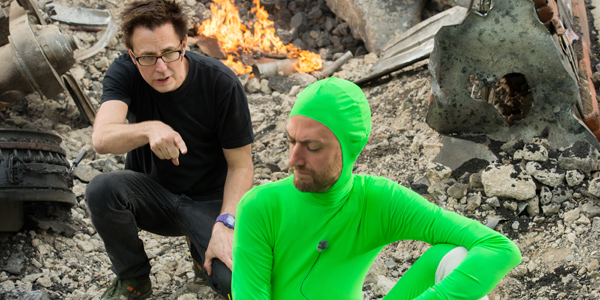 Since it was announced merely a couple weeks ago that James Gunn will be back to direct ‘Guardians of the Galaxy 2,’ press and fans alike are eager to know how he’s approaching the sequel. “The main thing with moving on is that we can’t just repeat ourselves,” said Gunn. “We can’t just say okay, well, let’s start with something sad and shift into something really happy with some music. To me the shift is about getting to know the characters on a deeper level. Knowing them more intimately and uncovering facets of those characters that make them more real to us. Cause at the center of what works about ‘Guardians’ is that people liked the characters.”

The whole filmmaking experience for Gunn has been an absolute dream turned reality as the film exceeded expectations and became the highest grossing Marvel movie out there. The director is humbled over this experience and still very much has the same optimistic, hard-working mentality that’s been a part of his personality even back to his earlier movie-making days. “I really made the movie completely sincerely and I love the characters,” said Gunn. “I’m moved by it. Every time I watch the movie and I see Drax pat Rocket’s head I still get teary-eyed. I love the movie, I love the characters and I love the people I made the movie with.”

“So to have people respond to it on an emotional level, and to have people get what I was going for with the whole movie… Being able to get to the point where I feel like I’m able to speak to people clearly through film is a real joy.”

‘Guardians of the Galaxy’ is out on Digital HD now. The film will be available to buy on DVD/Blu-ray on December 9, 2014.