Tamara Riley is proving that high school can be hell for everyone in the new cover for authors Jeffrey Reddick and J.D. Matthews’ recently released E-book, ‘Tamara.’ The cover for the novel, whose Kindle edition is now available on Amazon, is being revealed exclusively on Shockya before it’s officially unveiled for the novel’s expanded release in print.

‘Tamara’ is based on the original R-rated script Reddick penned for his 2005 horror film of the same name, which featured Jenna Dewan Tatum in the title role. The novel includes characters, storylines and scenes not incllude in the movie, which was directed by Jeremy Haft.

The novel’s publisher, Piper Press 69, has revealed the following synopsis for ‘Tamara’:

High school can be hell, especially for Tamara Riley. Bullied and humiliated by her classmates, her only solace is in her deceased mother’s strange and tattered grimoires (which are textbooks on magic that include instructions on how to perform magical spells, and also how to summon or invoke supernatural entities). When the bullying against her takes a sudden and shocking turn, Tamara finds herself transformed from a meek victim to a sexy and powerful avenger. Empowered by a dark magic, she now knows the fears and hidden desires of her tormentors. They thought they put her through hell? Tamara’s going to show them what hell really is.

Check out the new novel cover, and watch the book trailer, for ‘Tamara’ below. 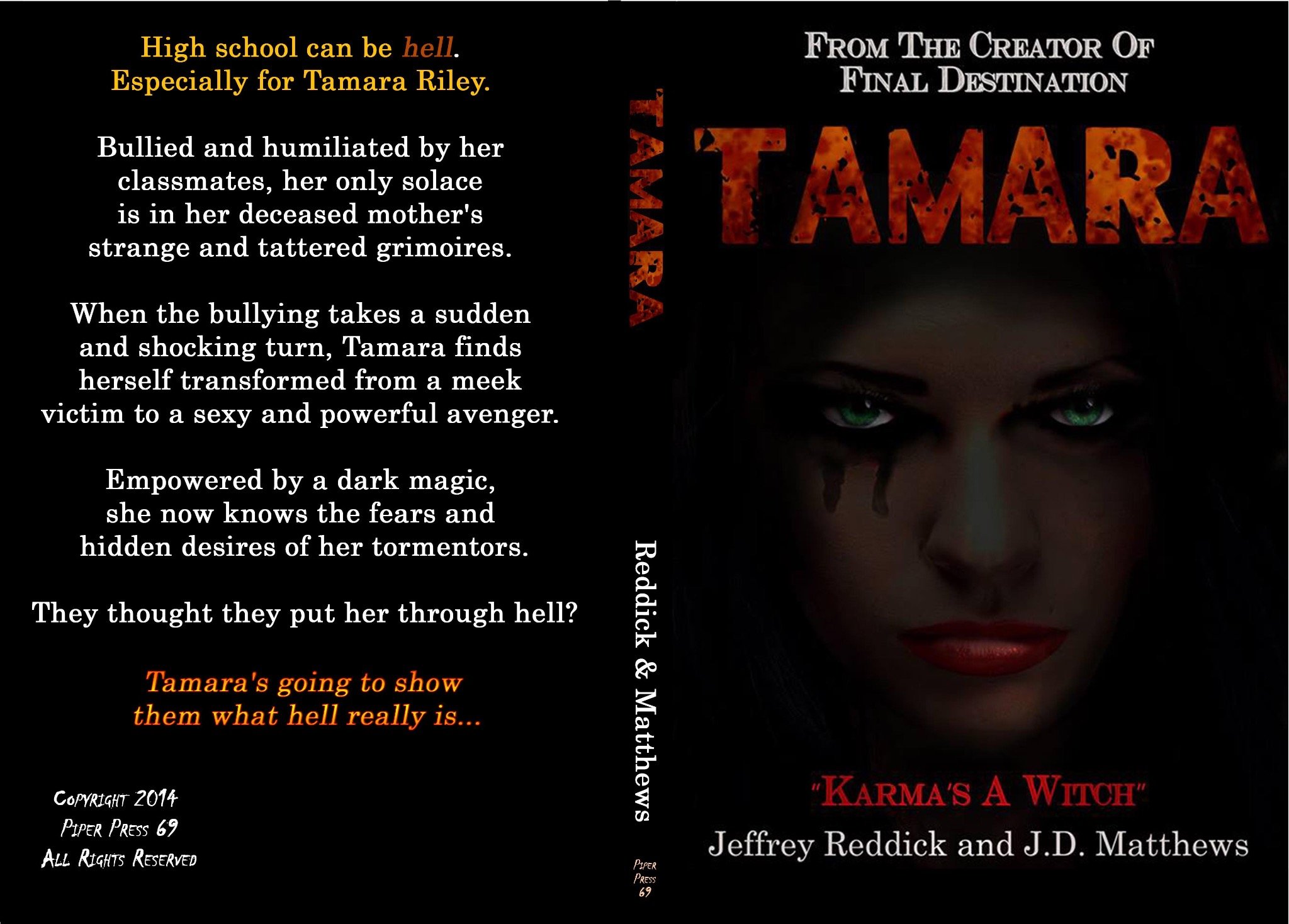