The closest and truest childhood friends often find a way to maintain their relationships, despite the peer pressure and struggles they often face together in school. Learning to contend with those personal challenges in their relationships at a young age can also teach them how to overcome the perplexing adversities they face throughout their 20s, as they search for professional and romantic fulfillment together. First-time feature film director Susanna Fogel reteamed with Joni Lefkowitz, her co-star, scribe and producer from their television series, ‘Joni & Susanna,’ to comically write about those struggles in their new independent romantic comedy, ‘Life Partners,’ which had its world premiere at this year’s Tribeca Film Festival. The real-life friends, who based the film’s story on their own relationship, powerfully created relatable, and endearing female protagonists who strive to do whatever it takes to maintain their relationship, as life started bringing them in different directions, and they no longer had the same motivations and desires.

‘Life Partners’ follows two co-dependent best friends, Sasha (Leighton Meester) and Paige (Gillian Jacobs), who contend with the professional and personal dilemmas that many women face as they’re about to turn thirty. The comedic character study of the two friends showcases the drastically different places they are in their respective lives. Sasha, an aspiring singer-songwriter, struggles to make money and live independently by staying at her dead-end receptionist job, a position she’s held for most of her 20s. Paige is in a more conventional and stable place in her life, as she’s a successful environmental lawyer. However, neither is in a committed romantic relationship, leaving them to continuously rely on each other emotionally. Their friendship is driven in part by their shared enjoyment of having frequent sleepovers together, which include watching reality television and drinking wine.

But Sash and Paige’s relationship drastically changes when the two begin on-line dating at the same time. The lawyer unexpectedly begins a serious relationship with one of the men she meets through the dating website, Tim (Adam Brody). Tim, who’s a dermatologist, doesn’t initially capture Paige’s interest, as he has a lack of appreciation for fashion and instead thrives on his extensive knowledge of a variety of films. As the two do begin to appreciate the other’s drastically different personalities, the struggling musician tries to be happy for her best friend. However, as she begins to feel as though Tim presence is threatening her friendship with Paige, her insecurity and jealousy puts an even bigger strain on their connection.

To try to find a true romantic connection of her own, Sasha begins going on a series of dates before she starts seriously dating a younger woman, who the singer is horrified to learn still lives with her mother. With the support of their other gay friends, including Jenn (Beth Dover) and Jen (Gabourey Sidibe), Sasha begins to realize that she’s descending into self-destructive behavior, in an effort to make up for the change in her friendship with Paige. As the two try to rekindle, and adapt to the recently drastic changes in, their relationship, they begin to discover that they’ll always be there for each other, no matter what obstacles they face.

Fogel enthrallingly cast the captivating Jacob and Meester as the two endearing lead characters in ‘Life Partners,’ as they both alluringly and relatably embodied the distinct emotions Paige and Sasha both contended with throughout the story. Jacob effortlessly maintained the pristine and elegant attitude Paige almost always used to the people around her, as being a lawyer made her aware that people are often watching and judging her actions and decisions. While the actress always infused her character with an ease while she spent time with Sasha, whether they’re watching television together, laughing as they were getting into mock fights on the road while they were driving near each other or mocking their terrible dates, the performer also alluring incorporated her conflicted emotions over how to maintain that comfort level with her friend, once she began dating Tim. Even though Paige has finally found the success she always longed for in both her career and romantic life, Jacob enthralling matured her character to slowly but surely realize that her own happiness and success strained her bond with her best friend.

While Jacob intriguingly represented the environmental lawyer as both caring about how her actions affected her best friend, particularly after she starts dating Tim, and being pretentious in the fact that she doesn’t always realize how her new romance is alienating Sasha, Meester gave the most powerful and engaging performance in ‘Life Partners.’ While Sasha is happy that her friend’s career is thriving and that she finally found a boyfriend who truly appreciates and loves her, the aspiring singer is more wistful about the idea that she’s losing the best part of her life. Showing that Sasha isn’t happy that her own desired career never took off, much like Paige’s did, and she hasn’t yet found her own suitable romantic prospect, Meester fully humanized the feeling many young adults experience when they realize their lives haven’t prospered in the way they hoped.

The commanding character-driven exploration of how numerous people’s lives are significantly altered after one drastic event occurres, which is shown in ‘Life Partners’ through Paige’s thriving romance with Tim, and how it distanced her from Sasha, is also emphasized through the creative costumes that were designed by Courtney Hoffman. The designer, who’s known for creating outfits for such dramas as ‘Paolo Alto,’ ‘Alex of Venice’ and the upcoming ‘Captain Fantastic,’ also helped accentuate the growing rift between the two best friends through the creative wardrobe she uniquely generated for each character.

Paige often wore more conservative clothing, including professional skirts and blouses, while she was working, to showcase how seriously she takes her job and how successful she has already become in the first few years since she finished law school. On the contrary, Hoffman entrancingly outfitted Sasha in a more bohemian style in many aspects of her life, whether she was working at her day job, going on dates or hanging out with Paige in her house. From her chic and stylish hats and sunglasses, to her vibrant tank tops and ripped denim shorts, Sasha’s fashion showcases she’s the true epitome of a young woman struggling to find her true identity and place in the world, but doesn’t know how to achieve her goals.

The relatable and generation-defining ‘Life Partners’ is a memorable and honest comedy that elegantly showcases the struggles many young adults go through with their friends. While they all care about their friends being happy as they strive to achieve what they want, Fogel fearlessly also showcased how people are often afraid that once their friends do get what they want, their connection will suffer as a result. Meester powerfully reflected Sasha’s fear that once Paige and Tim’s relationship began getting serious, her importance in her best friend’s life would slowly but surely deteriorate. Jacob also engagingly showcased Paige’s at-times pretentious attitude that her friendship with Sasha didn’t have to change just because of her new romance, before captivatingly realizing how her actions and opinions were at times insensitive to her friend. Combined with Hoffman’s insightful costume designs that perceptively emphasized the emotions of the title characters, Fogel’s feature film directorial debut is an engaging exploration into what truly happens when friends have to do whatever it takes to maintain their relationship, as their lives begin drastically changing. 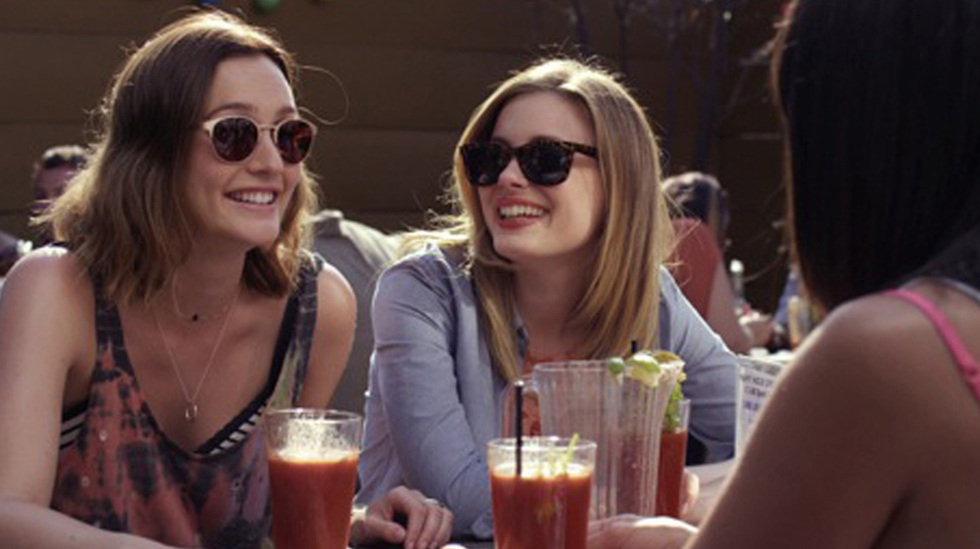