In anticipation of ‘The White Rabbit’s theatrical and VOD distribution, Breaking Glass Pictures has released the psychological thriller’s official trailer, poster and images. The film’s trailer follows Krause’s character, Harlon, as he states how certain events will have a lasting effect on people’s lives, although they often don’t realize how influential those actions are as they’re happening. The clip then flashes back to when Harlon was a child, as his father, Darrell (Trammell), encourages him to shoot an animal, the title white rabbit, for the first time. He’s initially hesitant to listen to his father, but eventually gives into his persuasion.

The trailer then moves back to the present, as Harlon insists to one of his teachers that his peers and family don’t like him. Since he instead finds solace in his books, instead of through friendships, Darrell tries to get his son to assimilate into the world around him again by telling him to get rid of his comics. While Harlon initially grows angry at his father for making the suggestion, he eventually finds acceptance when he meets the rebellious Julie (Robertson). Although he feels that he has found comfort in his life through his new friendship, Harlon finally accepts the fact that the guilt he still carries from killing the white rabbit as a child has continuously influenced the way he views and approaches life.

‘White Rabbit’ was helmed by Tim McCann, who also directed Trammell in the upcoming drama, ‘The Aftermath.’ The drama was penned by first time feature film scribe, Anthony Di Pietro.

Nick Krause, who starred opposite George Clooney and Shailene Woodley in The Descendants, plays a troubled teen that has been tormented by visions since his alcoholic father (Trammell) forced him to kill an innocent rabbit while hunting as a boy. Now that Harlon (Krause) is a bullied high school student, his undiagnosed mental illness is getting worse. He begins to hear voices and his imagination encourages him to carry out violent acts. Things begin to look up when Julie (Robertson), a rebellious young girl, moves to town and befriends Harlon. But when she betrays him, the rabbit along with other imaginary comic book characters taunt him into committing one final act of revenge. 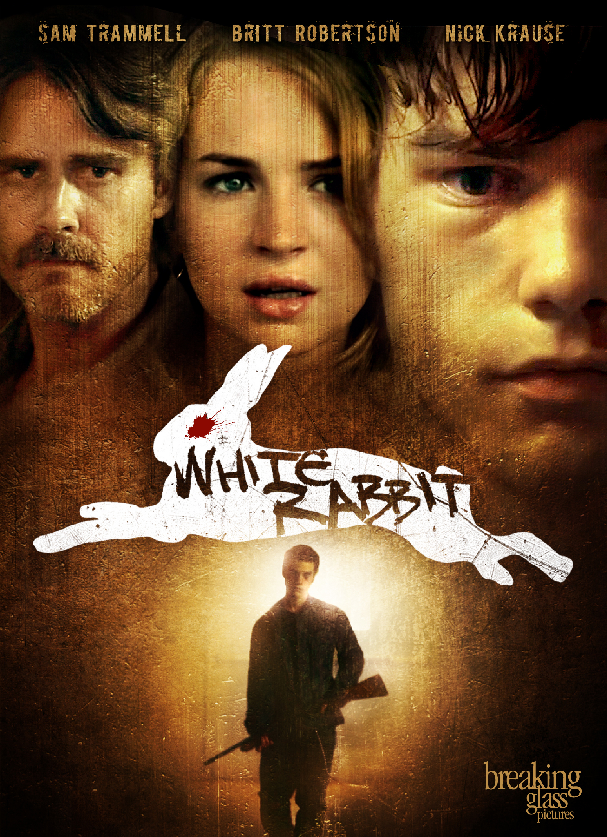