Emma Stone Discusses Her Relationship With Sony And Amy Pascal

Emma Stone doesn’t appear to have beef with Sony following the cyber-attacks on the film studio that has revealed hundreds of personal documents and emails exchanged between its top executives. Stone, who has worked with Sony on more than half a dozen films that include, says that the studio has always been good to the award winning actress.

“I did Superbad when I was 17. I remember going to Matt Tolmach’s office when he was a studio executive and I met him when Judd (Apatow) wanted to cast me,” Stone told Deadline. “Then several years later, Tolmach was the producer on Amazing Spider-Man and was no longer working with the studio. And Doug Belgrad was the executive on The House Bunny and now he’s in a different position at Sony. I’ve known these people since I was 17, so that’s almost 10 years.”

The 26-year-old also spoke about Sony Chairman Amy Pascal, who has been at the center of the scandalous hacks, after emails she wrote to her business associates that leaked referred to several Hollywood stars in a negative light.

“There’s always been a long-standing relationship and Amy Pascal has always been in contact. She’s always been a very supportive person in my life and in work. I know this is a business, but with the ebbs and flows and changes throughout people’s lives and work, Amy and Matt have always been kind to me.”

Stone is currently starring in the critically acclaimed drama Birdman where she appears opposite Michael Keaton who plays a failing producer hoping to revive his career. 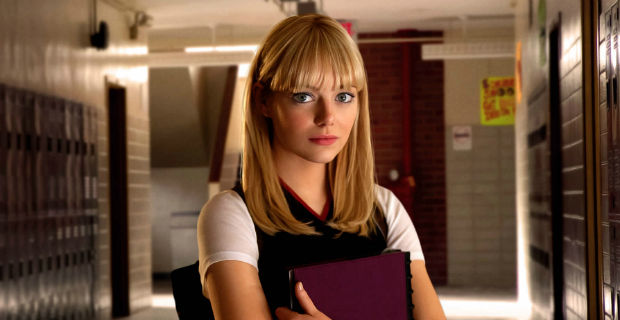