Title: The Boy Next Door

Director: Rob Cohen (‘The Fast and the Furious’)

The initial observations into a person’s seemingly well-meaning actions and decisions can be deceivingly unreliable, as people can often be skillfully hiding the actual motivations behind their true intentions and feelings. The new independent thriller, ‘The Boy Next Door,’ intriguingly sets out to prove that first impressions aren’t always the right ones, as people often harbor darker secrets and intentions as they strive to achieve their true ambitions. The film, which was directed by ‘The Fast and the Furious’ helmer Rob Cohen, brilliantly features a surprisingly menacing and sinister performance by Ryan Guzman, who plays an emotionally tortured young man who’s searching for love and meaning in his life. Unfortunately, the movie’s predictable storyline and clichéd relationships between the actor’s title character and the fractured family living next door to him failed to offer Guzman true justice during his captivating performance.

‘The Boy Next Door’ follows Claire Peterson (Jennifer Lopez), an English teacher who teaches classic literature at her son Kevin’s (Ian Nelson) high school. She’s still contending with the fact that nine months ago she discovered her husband, Garrett (John Corbett), was having an affair with his secretary while the two took business trips together. While Kevin is eager to have his father come home so that their family can be reunited, Claire remains hesitant to forgive her estranged spouse, especially since her friend, Vicky (Kristin Chenoweth), the vice principal at the high school, is still suspicious about him.

As Claire is still struggling with her emotions about whether or not she should file for divorce, Noah Sandborn (Guzman) moves in next door to the Peterson’s home, so that he can care for his great-uncle as he recovers from surgery. While Noah is also contending with the recent deaths of his parents, he sets out to finish his high school education, which he took time off from following their car accident. He quickly strikes up a friendship with Kevin, and the two bond over losing their connections with their parents. Noah also develops a strong attraction to Claire, and seduces her during a weekend while her son is camping with his father.

After Claire immediately insists that their time together was a mistake and they can’t continue their intimate relationship, Noah quickly becomes angry at her dismissal. He does whatever it takes to try to convince her to take him back, including posting pictures of their time together all over her classroom and convincing Kevin that Garrett doesn’t deserve to be a part of their family again. As Claire realizes the situation is getting out of control, she eventually turns to Vicky for help to finally stop Noah from potentially ruining her life. But he repeatedly won’t take no for an answer, and will do whatever it takes to form a life with the woman he believes he’s come to love.

While ‘The Boy Next Door’ is meant to serve as an enthralling, tantalizing thriller for Lopez to showcase her ability as an actress to play determined women who are able to powerfully defend herself against anyone who tries to ruin her life, Guzman gave the true standout performance in the film. While the actor is primarily known for playing relatable, charismatic characters in the ‘Step Up’ series and on ‘Pretty Little Liars,’ he captivatingly emphasized the sociopathic, unremorseful behavior that drove Noah’s delusions about his relationship with Claire.

Guzman entrancingly played Noah as a grieving young adult struggling to cope with his parents’ accident, but was determined to move on with his life by engaging with his new community and school, and forming a friendship with the equally vulnerable Kevin. But as the story further delved into the complexities of the Petersons’ family life and Claire’s determination to leave her brief physical connection with Noah in the past, Guzman powerfully showcased his antagonist’s striking willpower to finally achieve the life he always wanted.

While the actor and former model captivatingly portrayed the seemingly innocent and sensitive Noah, who was actually harboring dangerous feeling and intentions not just about Claire but her entire family, ‘The Boy Next Door’ unfortunately featured a clichéd, stereotypical story about the risky attraction between a woman and one of her son’s friends. After working for nearly a decade as an assistant U.S. attorney in Los Angeles, specializing in the Major Violent Crimes unit on federal cases, first-time feature film writer Barbara Curry certainly has the background and knowledge of people’s dependency on violence to pen a captivating, riveting story about people’s motivations to carry out violence against people they purportedly love.

However, the thriller’s story continuously features predictable plot points and unoriginal characters contending with the emotional consequences of such harrowing issues as infidelity, loneliness and desire to be loved and appreciated. With the film’s continued emphasis of Garrett’s affair, particularly in the beginning sequences as Claire remembers learning of her husband’s deceit and Vicky’s insistence that she finally file the divorce papers, it was only inevitable that she would seek comfort in any man who expressed interest in not only her feelings and appearance, but also her career. With Noah being increasing obsessed with finding someone he can truly depend on after his parents’ deaths, it’s only natural that he would seek comfort an older woman who was so attentive to his needs.

With Curry’s background of working in Los Angeles’ Major Violent Crimes unit, ‘The Boy Next Door’ had true potential to be a captivatingly original exploration into the mindset and motivations of an emotionally damaged young man who strived to find comfort in someone who would love him as unconditionally as he adored them. Regrettably, the thriller is full of uninspired interactions between a mother struggling to make sense of her feelings for her estranged husband and the young man who develops an unhealthy and unrealistic expectation for their future after one intimate night together, which she immediately insisted was a mistake. However, the thriller did thrive on Guzman’s enthralling, yet equally disturbing, portrayal of the title antagonist, who clearly allowed his anger and unrealistic expectations ruin his judgment about what kind of relationship he could truly have with Claire. The actor’s complete emotional transformation into the deceptively calculating Noah proved what a versatile performer he truly is, and how people’s initial perceptions of someone aren’t always right. 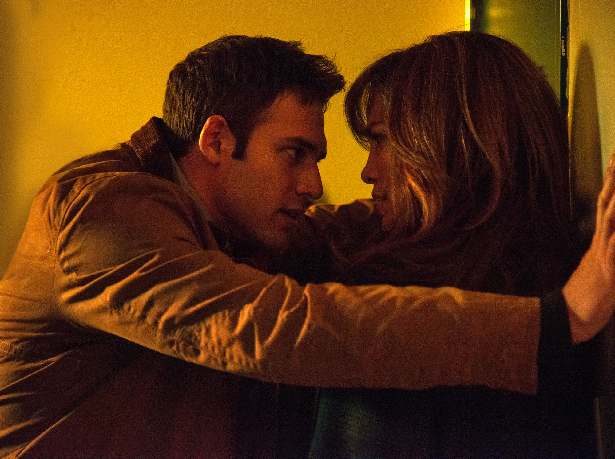