Resolutely defending your beliefs and taking firm action to uphold those views, no matter how drastic they may be, can often lead to harrowing conflicts with those determined enough to righteously defend their contradictory principles. Director Deon Taylor’s new drama, ‘Supremacy,’ which is now playing in select theaters nationwide, fearlessly chronicles the brazen and unwavering antics of supremacists who firmly set out to spread their ideas to their community, without any regard to how demeaning their principles are to many of their neighbors. It isn’t until the film’s ruthless antagonists begin to interact with the very people they have long targeted that they begin to realize their title ideals aren’t as steadfast and righteous as they so longingly believed.

Set in the early 1990s, ‘Supremacy’ follows the newly paroled Tully (Joe Anderson), a devoted member of the Aryan Brotherhood who served a 17-year sentence for armed robbery. On the day of his release from prison, he’s picked up by Doreen (Dawn Olivieri), a drug-addicted mother who’s dedicated more to serving the white supremacy group than raising her young son. While the two followers have never met before, they’re both following mysterious orders from Sobecki (Anson Mount), a mysterious Aryan Brotherhood leader who’s still serving his own prison sentence.

As Tully and Doreen sit in a largely uncomfortable silence during their car ride to carry out their mission, she’s unexpectedly pulled over by a black sheriff’s deputy. Between Tully’s racial prejudices and his concern over being reprimanded for his possession of an illegal firearm, particularly since he’s newly released on parole, he shoots and kills the officer, much to Doreen’s dismay. Determined to continue carrying out the orders they received from Sobecki, which aren’t fully explained amidst their growing paranoia after the murder, as well as remain hidden from the police who instantly begin searching for them, the two criminals take refuge in a rural home they drive past.

Unbeknownst to Tully and Doreen, the family living in the house, including Mr. Walker (Danny Glover), his girlfriend (Lela Rochon), her son and daughter, Anthony and Cassie (Evan Ross and Robin Bobeau), and Cassie’s two young children, are black. Mr. Walker tries to reason with Tully, explaining how he’s also an ex-con who just wants to protect his family. As the recently paroled ex-con and his accomplice continuously refuse to leave their hostages’ home as they struggle to find a way to find a way to protect themselves from the police, another sheriff’s deputy who’s relentlessly hunting Tully and Doreen, Raymond (Derek Luke), is Mr. Walker’s estranged son. While the officer cares for his father, their growing emotional separation becomes even more of a problem for Raymond, as he’s unable to search the family home for the pair of armed fugitives he begins to suspect may be hiding inside. While the criminals, hostages and police are all struggling to maintain control and capture what will help them achieve their goals, they become desperate as they realize not everyone is going to get what they want, much less make it out of the situation alive.

Taylor courageously approached chronicling some of the most harrowing and distressing issues that still continuously plague contemporary society, but are rarely addressed and fully examined in modern films, including racism and not accepting people for who they really are, as well as their true personalities. The drama shockingly, yet equally mesmerizingly, showcases how even the most unexpected and disturbing event in a person’s life, which can drastically unfold in as short of a period of time as one evening, can offer them a new outlook on other people’s emotions, lifestyles and motivations. While ‘Supremacy’ relies on a foreseeable narration of Tully being happy that he’s finally leaving prison, but hasn’t fully learned to fully appreciate life around him, as he’s determined to return to his criminal lifestyle and the Aryan beliefs he so undoubtingly pledges to, the drama soon revolutionarily chronicles how words and ideas can truly hurt the people around us.

Although Anderson’s character is the truly most ruthless antagonist in the drama, as he willingly and happily hurts the people around him in order to get what he wants, Tully powerfully transforms throughout his radical interactions with Mr. Walker and his family. While he remains dedicated to Sobecki and his brotherhood’s insensitively outdated and racist ideas about people’s rightful places in society, the actor entrancingly and dramatically showcases how Tully begins to recognize the horrible things he has unquestionably believed about other races throughout his life.

The British actor captivatingly portrayed a character who revels in being recently paroled ex-prisoner who faithfully declared he would defend his race, particularly the people who agree with, and follow, his ways, but then grippingly realizes his mistakes as he witnesses how his actions affect his intended victims. Anderson built a stunning rapport with Glover throughout the drama, as their characters effortlessly connect over their past criminal mistakes, and their ever-present determination to finally lead the lives they want, without anyone standing in their way of reaching their potential and goals.

‘Supremacy’ is a grippingly emotional and provocative drama that tantalizingly explores society’s most disturbing social issues that never seem to waver or change amongst the people who are most dedicated to uphold them. But Taylor fearlessly approached chronicling racism and people’s reluctance to not appreciate others for their personalities, just because of the way they look and their past mistakes they have long since tried to amend their lives for. The drama astonishingly emphasizes how even the most surprising event in a person’s life, which can radically unfold in a short period of time, can offer anyone a new outlook on other people’s emotions, lifestyles and motivations, no matter how committed they were to their beliefs. Combined with Anderson’s fearless approach to showcasing his antagonist’s drastic transformation as a ruthless member of the Aryan Brotherhood, who unexpectedly comes to appreciate everyone’s humanity after witnessing Mr. Walker and his family’s humbling desire to survive, the drama is a radical exploration into the profound epiphany of a man who never wanted to realize the value of people who are different from himself.

Technical: A
Acting: A
Story: A
Overall: A 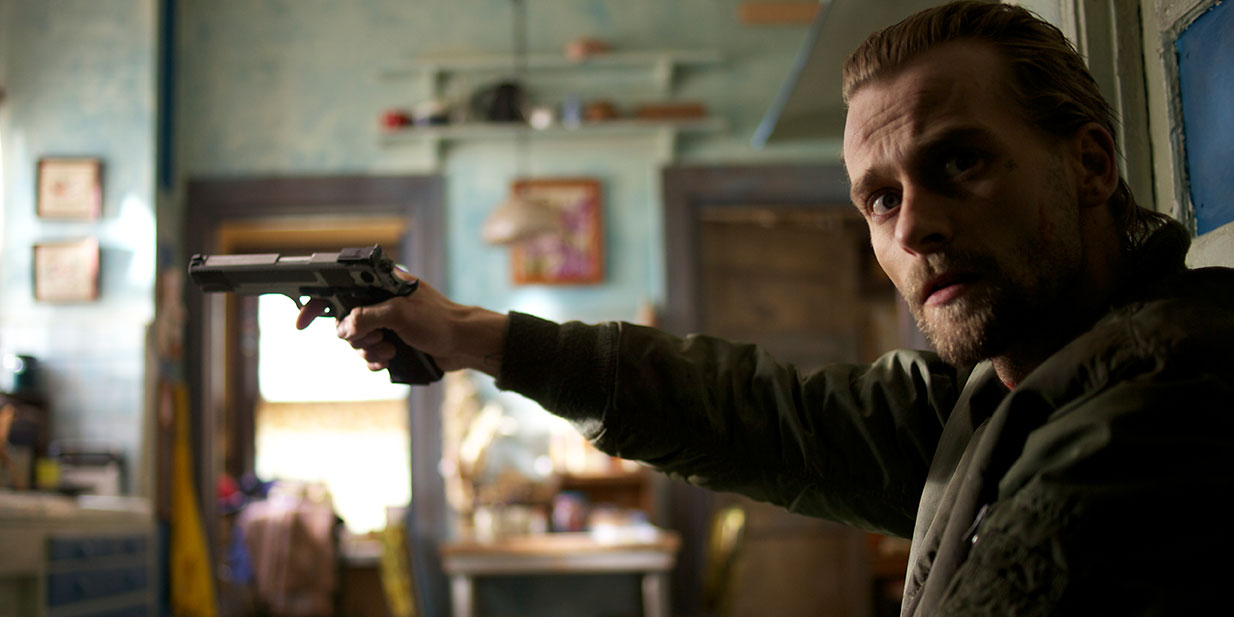