There’s reason to be envious of schizophrenics.  They’re never lonely.  They hear voices whether the words come from imaginary people or their real dogs or cats.  Now you can know exactly what your pet thinks of you. In “The Voices,” a schizo who happens to be the nicest serial killer you’ll see in the movies in recent years, knows that his cat considers him to be a loser and his dog, by contrast defends him—which is the way most dogs and cats feel about their human companions.  He considers himself to be a good guy: a psychotic killer may indeed have high self-esteem and charm.  Think Ted Bundy.  All this makes for an intriguing look at a movie that like so many others (“Wild Tales” comes to mind immediately) mixes genres, in this case comedy with murder.  It works, especially since Ryan Reynolds, who hears opinions impartially all about him, good and bad, comes across as nothing less than a good guy.

Iranian-born director Marjane Satrapi, best known for “Persepolis” about a young, outspoken Iranian girl during the unfortunate revolution in that country, this time tackles a theme removed from her previous work, a comic look at a fella who thrice kills people he knows and likes because his cat encourages him.  The feline charmer notes that in its own case, he feels most alive when hunting and killing, which is true enough about creatures who prey on the weaker animals, so why wouldn’t this be a valid conclusion for the human animal?  (Don’t we love to see films of extreme violence?)  Further, the cat, Mr. Whiskers, advises Jerry Hickfang (Ryan Reynolds) to stop taking his meds, which his court-appointed psychotherapist Dr. Warren (Jacki Weaver) insists that he swallow lest she reports him to the parole people, sending him back to the looney bin to which he was remanded after helping to kill his mom. (Norman Bates, anyone?)

And like a good industrial soldier he listens to the cat who advises that without drugs, life is groovy, a Technicolor kaleidoscope.  Pop pill and the world turns gray.  Maybe we’re better off living in gray, given that shucking meds in this case leads Jerry—who is made up to look like Anthony Perkins in “Psycho”—sends the man on a murderous path, attacking people he likes, who like him, and who want only the best for him.  They include British- born co-worker Fiona (Gemma Arterton), Lisa (Anna Kendrick) from the accounting department where Jerry works in packing and shipping, and his psychotherapist.

Killing has rarely had such a comic look.  Satrapi paints the workers’ uniforms in pink, and the credits appear in pastels.  Don’t leave when you think the movie has concluded.  A highlight occurs during the credits when Jerry, his victims and his parents dance to an upbeat tune as though to say that all is forgiven. 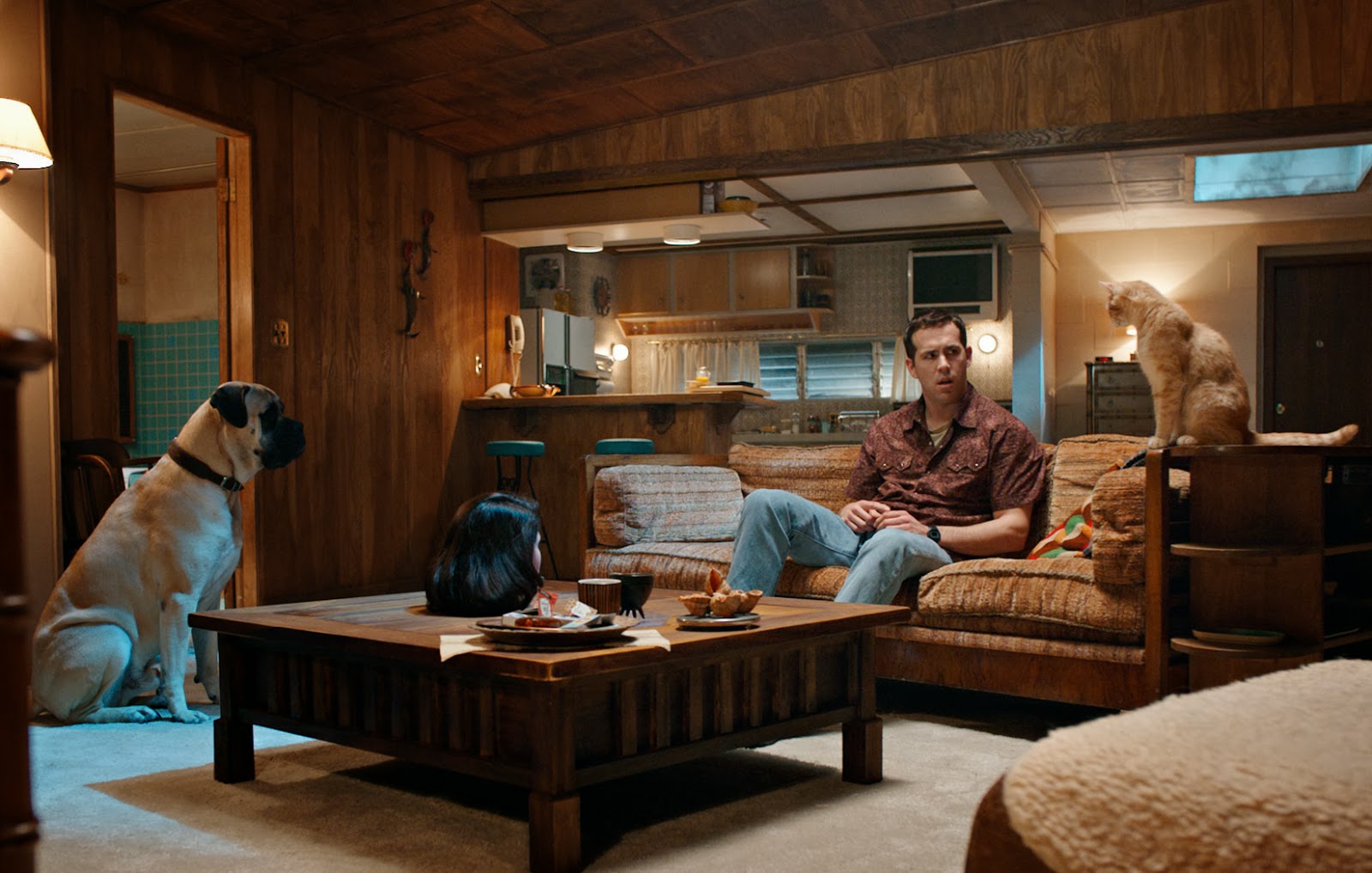