Instinctively and fearlessly pursuing a creative passion you have long desired to obtain and thrive in can be an intimidating process, especially when you take the first unprecedented step to achieve your distinct career goal. But as you patiently wait for your dreams to come to fruition, also realizing that you have to fight back against what’s standing in your way in order to get what you want is powerfully presented in singer-songwriter Nick de la Hoyde’s latest single, ‘The Longest Way.’ The Australian musician’s enthralling hip-hop song, which is rivetingly infused with pop vocals and instrumentals, shows that while everyone experiences a relatable sense of pressure to succeed in their chosen profession, garnering the courage to fight back against those inhibitions is the best way to achieve their aspirations.

‘The Longest Way,’ which begins with a captivating piano-driven introduction, tellingly reveals de la Hoyde’s personal struggle of desperately wanting to pursue his dreams. But at the same time, he feels prohibited by the understandable pressure of trying to accomplish the external expectations placed on him. As he then powerfully realizes that he needs to contend with the fear and possibility of failing in order to truly succeed, he becomes determined to uninhibitedly fight back against the anxieties plaguing his goals. The singer, who expresses powerful hip-hop and rap-driven vocals and instrumentals that are reminiscent of Macklemore, inspirationally noted that people will regret it if they decide that they can’t overcome their fear to pursue their dreams.

Also noting that he’s driven to move past his fears that he won’t be able to achieve his goals and live up to the ideals he’s striving to achieve, de la Hoyde empoweringly also insists he’ll reverse his insecurities about not being able to fulfill his destiny. Resolute to move past his wasted efforts of shying away from his dreams, the singer endearingly notes how he feels the most powerful when he expresses his emotions through his lyrics.

After enthralling writing introspective lyrics that powerfully reflect on his relatable and captive struggles and desires, de la Hoyde was deservedly invited by Chicago based hip-hop producer Lemoyne ‘LA’ Alexander to collaborate in the U.S. In the process, the up-and-coming singer and famed producer recently released the musician’s debut single, ‘The Longest Way,’ which has strongly entered the US Top 100 chart this year. The Australian rapper’s enticing and encouraging lyrics, which inspiringly reflect on his own professional journey, encourage people to follow their true dreams, no matter how many conflicts and frustrations they’re forced to overcome in the process. Through his distinct style and intriguing mix of hip-hop, pop, soul and R&B lyrics and instrumentals, which introspectively reflect on his own musical journey, the singer-songwriter’s debut American single memorably express the angst and triumphs that come with youth, dreams and determination.

Listen to, and watch the official video for, ‘The Longest Way’ below, and buy the single on iTunes and on de la Hoyde’s Bandcamp page. 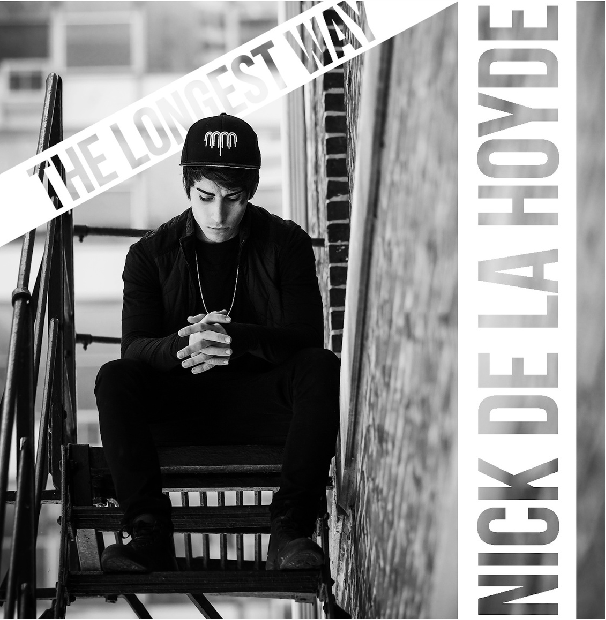