Blake Lively is timelessly preserving the sophisticated nature of her title character in the newly release poster and fashion featurette for her upcoming drama, ‘The Age of Adaline.’ The new assets for the romantic film, which were unveiled by its distributor, Lionsgate, which will release the drama in theaters on April 24, follows Adaline Bowman’s intriguing journey through the ages.

‘The Age of Adaline’ follows the life of the Teen Choice Award-winning actress’ title character, who is forced to keep her timelessness over the past several decades a secret. After surviving a car accident that miraculously keeps her from aging past 29, she has tried not to get too close to anyone. But the film’s poster features how Adaline is forced to reconsider everything when she meets Ellis Jones, who’s played by Michiel Huisman, which ignites a new passion for love and romance inside her.

Lionsgate also released the new featurette for the romantic drama, titled ‘The Making of ‘The Age of Adaline’-A Century of Fashion,’ which features interviews with Lively, her co-star, Harrison Ford, and the film’s costume designer, Angus Strathie. The three discuss the diverse outfits the protagonist wore throughout the decades, which were crafted by the Oscar-winning designer.

The following synopsis for ‘The Age of Adaline’ has been released by Lionsgate:

After miraculously remaining 29 years old for almost eight decades, Adaline Bowman (Blake Lively) has lived a solitary existence, never allowing herself to get close to anyone who might reveal her secret. But a chance encounter with charismatic philanthropist Ellis Jones (Michiel Huisman) reignites her passion for life and romance. When a weekend with his parents (Harrison Ford and Kathy Baker) threatens to uncover the truth, Adaline makes a decision that will change her life forever.

Besides Lively, Huisman, Baker and Ford, the romantic drama also features Amanda Crew and Ellen Burstyn. ‘The Age of Adaline’ was directed by ‘Celeste & Jesse Forever’ helmer, Lee Toland Krieger, and written by ‘The Best of Me’ scribe J. Mills Goodloe and Salvador Paskowitz.

For more information on ‘The Age of Adaline,’ visit the film’s official website, as well as its Facebook, Twitter and Pinterest pages. Check out the new poster for the romantic drama, and watch ‘The Making of ‘The Age of Adaline’-A Century of Fashion,’ below. 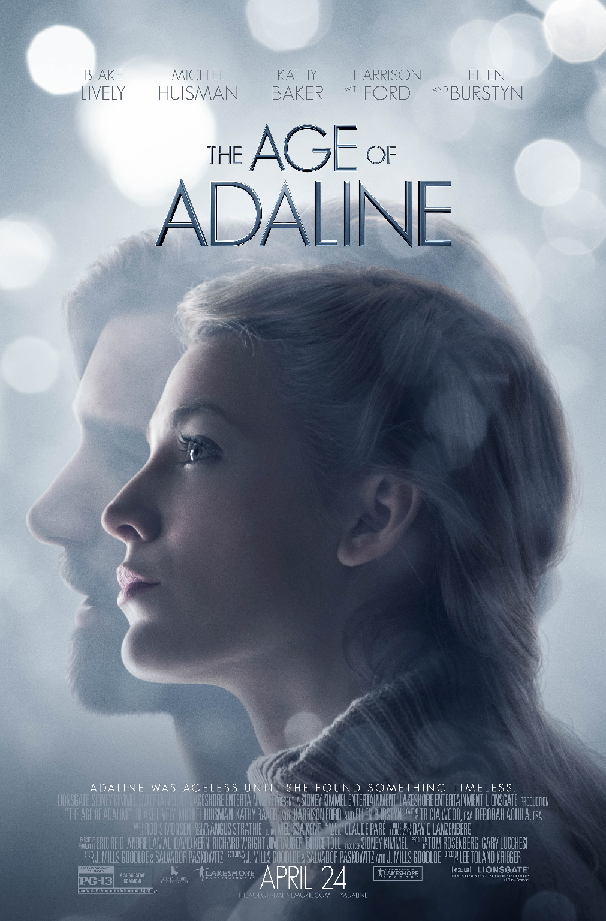