Viewers can bring some of the most comedic, dramatic and grippingly relatable characters on two of HBO’s most critically-acclaimed series, ‘Girls’ and ‘Looking,’ home and on-the-go with them later this month. The premium cable television network is releasing ‘Girls’ Season 4 and the second season of ‘Looking’ on Digital HD on April 20, before it distributes the shows on Blu-ray and DVD.

‘Girls’ and ‘Looking’ are just two shows among the award-winning and audience favorite series that HBO has made available on iTunes, Google Play, Amazon Instant Video, Vudu, Xbox Video, Best Buy CinemaNow, Nook and PlayStation Video. For more information on how to view the shows digital before their disc releases, visit HBO Digital HD’s official website.

Season 4 of the Emmy Award-winning ‘Girls,’ which was created by and stars Lena Dunham as Hannah, continues to take a comedic look at the humiliations and triumphs of the lead character and her friends, who are in their 20s. Hannah has left New York to attend the prestigious Iowa Writers’ Workshop, in her hopes to become a more serious writer. While she’s still struggling with the uncertainty in her relationship with Adam (Adam Driver), Marnie (Allison Williams) is pursuing her music career in New York. New graduate Shoshanna (Zosia Mamet) is interviewing for jobs, while Jessa (Jemima Kirke) continues to have a knack for creating drama, as she tries sobriety through AA.

The comedy-drama series ‘Looking’ follows three close friends who are living in San Francisco, as they explore the options available to a new generation of gay men seeking fulfillment in love and life. Patrick (Jonathan Groff) is in a new relationship that could complicate his life at work and home. Agustin (Frankie J. Alvarez) makes a new connection, as he’s still struggling with a breakup. Dom (Murray Bartlett) continues to pursue his restaurant dreams, but faces obstacles at every turn. 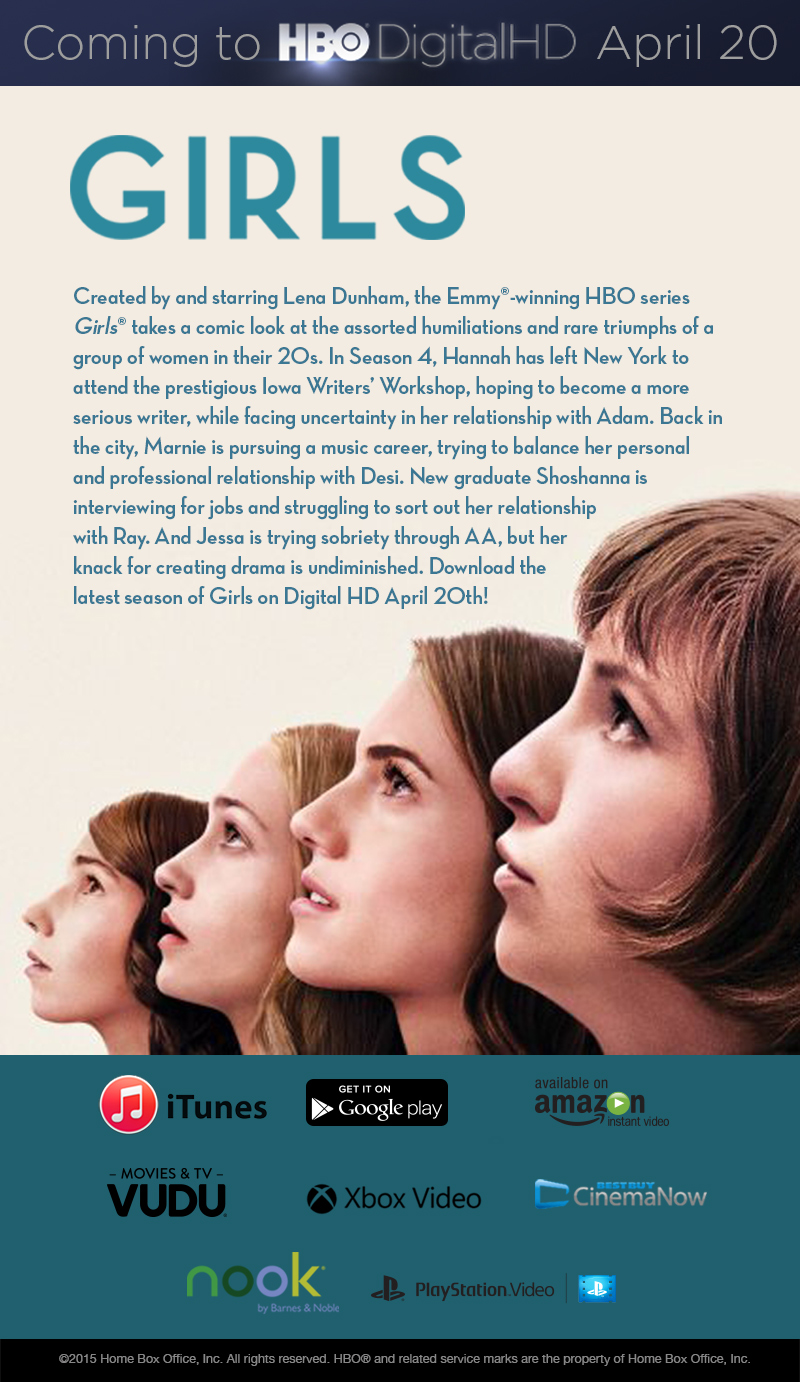