Pondering the different layers of consciousness that often influence people’s ideals, actions and overall lives can be a harrowing, yet equally insightful, process as they try to find their rightful place in society. That astute journey is enthralling showcased in the heavily stylized upcoming psychological thriller, ‘Charlie, Trevor and a Girl Savannah.’ To highlight that relatable struggle, Shockya has an exclusive clip from the crime film, titled ‘Charlie & Savannah.’

‘Charlie, Trevor and a Girl Savannah’ is set to premiere on Friday at the Arena Cinemas in Hollywood, before it expands to more theaters in other select cities throughout June and July. The movie stars Emily Meade, Eric Roberts, Toby Hemingway and its writer-director-producer, Ty Hodges.

The following synopsis for the psychological crime thriller has been released by its production company, Sky One Productions:

‘Charlie, Trevor and a Girl Savannah’ is a thought provoking psychological thriller about different layers of consciousness. The film follows Trevor (Toby Hemingway) as he tells the story to his therapist (Eric Roberts) of how his girlfriend Savannah (Emily Meade) was kidnapped. To get her back, Trevor must team up with Savannah’s best friend Charlie (Ty Hodges), a fast talking playwright who will stop at nothing to get her home safely. Testing the boundaries between reality and fantasy, the film explores Trevor’s struggle to distinguish was is real and what is in his imagination. This heavily stylized film is intended to celebrate the strength of human mind and spirit while playfully altering and exploring the influence of one’s thoughts, emotions and imagination.

Shockya’s exclusive clip from the film, ‘Charlie & Savannah,’ follows Charlie as he drives up to Savannah and encourages her to get in his car. As she sarcastically notes that she knows what he’s now interested in as she refers to him smoking, he cunningly points he sees she’s back to her old trick of showing skin. When Savannah retorts that she was only trying to look pretty, Charlie asks when he’s going to meet the man she’s trying to impress. Instead of answering his question, she only encourages him to stop smoking, as she thinks it’s making him crazy.

Savannah then asks what Charlie’s new play is about, and he recites a Shakespeare-inspired monologue. When she asks if it’s about her, he tells her that she is, but only if she wants to be his inspiration. Charlie describes the play, which he has named ‘God,’ as a fantasy tragedy musical. Savannah ponders whether the title is hypocritical, but he tries to reassure her that it just points to the fact that art imitates life. When she insists that the idea is just a philosophy, he only asks her if she’s ready for what’s to come next, before he drives away.

For more information on ‘Charlie, Trevor and a Girl Savannah,’ visit the film’s Facebook page. Watch ‘Charlie & Savannah,’ and check out the official poster for the psychological crime thriller, below. 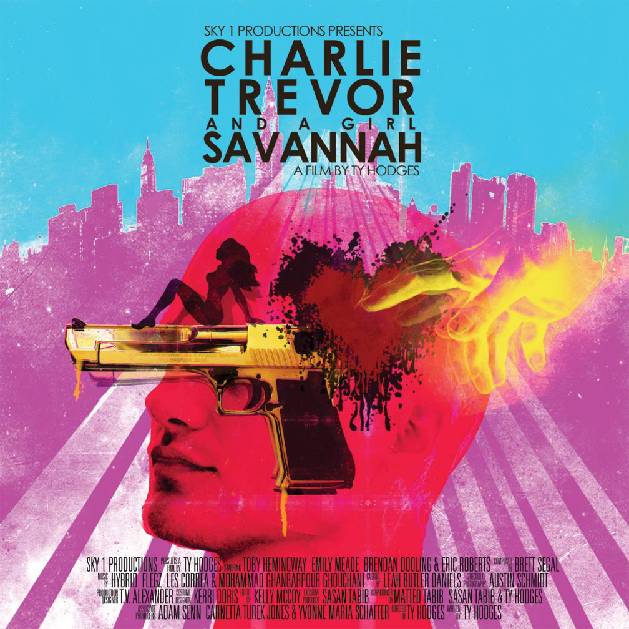