It’s perfectly natural and understandable for people to want to engage in their own personal experiences to truly comprehend life’s most important lessons and emotions. But sometimes they can’t fully appreciate those messages until they hear other peoples’ passionately relatable and meaningful stories from their years of conflict. Italian pop-rock-funk singer-songwriter-guitarist Luca Bash has commandingly represented those struggles and bleak realities of the world in his latest EP, ‘Single Drops.’ Filled with songs that are unafraid of exploring such complex subjects as love and religion, the record proves that the musician has the organic ability and influence to change people’s perspectives and thoughts on such important topics.

The compilation album, which is the culmination of several songs from Bash’s previous four EPs that he released last year, including ‘Cyan,’ ‘Magenta,’ ‘Yellow’ and ‘Key Black,’ shows how the musician likes to connect to the soul of every track. The rhythm guitarist, who worked with his longtime collaborator, lead guitarist Giova Pes, commendably set out to create a charming record that inspires its listeners with captivating lyrics and instrumentals. The singer-songwriter impressively proved that he’s emotionally connected to the ideas he infused into the songs, and and made a commendable effort to translate the universal themes and ideas he has learned about life to his international listeners.

‘Your Tomorrow,’ which is the mellow first entry, and one new song on ‘Single Drops,’ dynamically emphasized the conflicts people are forced to contend with in their relationships. While the ending of romances can often be a difficult time for many people, Bash took an admirable approach in expressing that he accepts that he needs to move on. While it’s difficult to understand the singer’s vocals at times, listeners will undoubtedly appreciate his continuous stance that real love will toughen the soul. He also accepts the tears that will fall over the relationship, as they’ll wash away the fears of entering a new phase in life on his own.

While ‘Your Tomorrow’ compelling draws listeners into the singer’s intense emotions about the need to move on in life, the lyrics in the EP’s next track, ‘Forever Like Asleep,’ are even more difficult to decipher. While it’s praiseworthy that Bash determinedly sang ballads such such important meaning in English, which isn’t his native language, the musician’s message wasn’t instantly recognizable. But as he became more confident in his singing, it became easier to note that the album’s second entry emphasizes that people who are so determined to follow their dreams would be willing to distance themselves from their routine lives to do so. He also notably encourages listeners to reflect on their fears, so that they’ll no longer be afraid to pursue their dreams.

Lead by an alluring acoustic guitar introduction, ‘Dear John,’ the next song on ‘Single Drops,’ chronicles how people without faith are drawn to each other, as they ponder the reasoning of life. As they then realize that love helps them connect with other people, they determine they need to change their principals if they want to truly cherish their lives. The track is a intriguing exploration into how peace and love truly supports all aspects of life.

While ‘Forever Like Asleep’ intriguingly notes that some people want to flee the troubles in their current lives, in an effort to achieve their goals, the fourth entry on Bash’s EP, ‘Little Tale,’ interestngly notes that moving on isn’t always the best option. Inspired by spiritual ideas, the singer encourages people to try to reinvigorate, instead of easily giving up on, their lives in certain situations. The heartfelt ballad reassures listeners to not be afraid to face challenges, and instead embrace themselves in any time of difficulty.

‘Black Swans Walls,’ the last entry on ‘Single Drops,’ enthralling takes a different musical and thematic approach from ‘Little Tale,’ and energetically returns to the EP’s upbeat acoustic guitars and lyrics. The song, which is intriguingly reminiscent of the signature rock sound that the Dave Matthews Band is known for, encourages listeners to show your true self to the world in the best way you can. But Bash also intriguingly adds one final sense of melancholy, as he passionately asks the person in his life to consider how he feels as she tries to find herself. He also notes that they need to have a better sense of open communication, so that they can truly connect with each other.

‘Single Drops’ strives, and somewhat succeeds in, being the culmination of the best work of an experienced singer, songwriter and guitarist, who relies on his extensive experiences in the music industry to showcase the difficult realities of the brutal world around him. Bash’s wide range of songs on his new EP, from the compelling ‘Your Tomorrow’ to the enthralling ‘Black Swans Walls,’ proves that he’s unafraid to address controversy and complex emotions. He allows his intense experiences to push himself to use his power in music to change the world. His years of passionate struggle make his songs relatable and meaningful to his listeners, which powerfully helps them manage their own personal experiences.

For more information on Bash on his official website, as well as his Facebook and Twitter pages. Listen to ‘Single Drops,’ and watch the video for ‘Your Tomorrow,’ below. 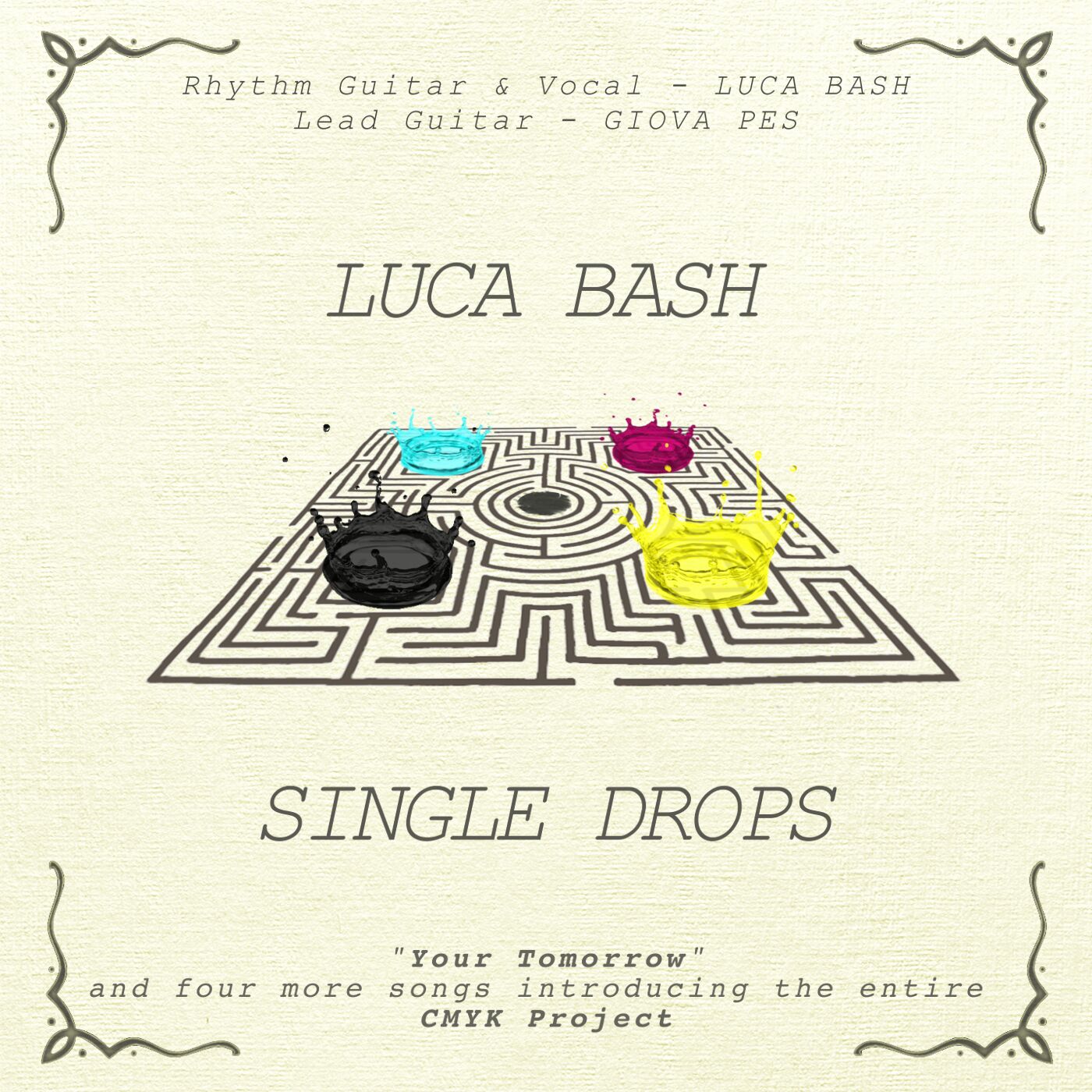