Director Jeremy Wooding takes festival audiences to a time when the West was also home to werewolves in “Blood Moon.” The film, which features a unique mashup of genres and the second western film shot in the UK, will come to DVD and digital platforms Sept. 1 from Uncork’d Entertainment. The film stars “Vikings” star George Blagden, “The Descent II” star Anna Skellern and “Captain Phillips” star Corey Johnson.

In a recent interview, Wooding said more about how he directed the film and what certain challenges were. One of the challenges included learning more about his craft. “On Blood Moon I spent more time in pre-production and more time working with the actors,” he said. “Also I spent time getting the script into shape for the shoot. That mostly meant not having scenes or dialogue in there which would only get cut in the edit…I feel that I now understand what 90 minutes of a feature film feels like, beat by beat, throughout the process of making it. And also people listen to you more as a director when you are older.

Some of the film’s crew have worked with Wooding in the past, including the screenwriter Alan Wightman. “I’ve known Alan for about five years. We were introduced by his agent Michael Vine. Michael is also the producer of ‘Blood Moon.’ Michael had put us together to work on a comedy screenplay that he wanted to get made,” said Wooding. “The screenplay stalled and I asked Alan to send me other scripts. One of those scripts was ‘Blood Moon,’ It was so out there that I couldn’t resist saying I’ll make it.”

The director of photography, Jono Smith, is also someone Wooding has a great rapport with. “We have worked together for 15 years. We looked at various westerns and horror films together and found the common visual denominator that we thought was right for the movie,” he said. “The look is what I would call ‘gothic noir’, a look we created for a short vampire film we made called ‘Soul Patrol.'”

Wooding is content to work in the fantasy/sci-fi and horror genres, calling it a “great area to work in.”You get drama, VFX, sound and visuals that can stretch you creatively, and it has become more acceptable film-making wise. It used to be seen as only drive-in and midnight fodder,” he said. “My next film is a haunted house tale. Yes, more gothic!” 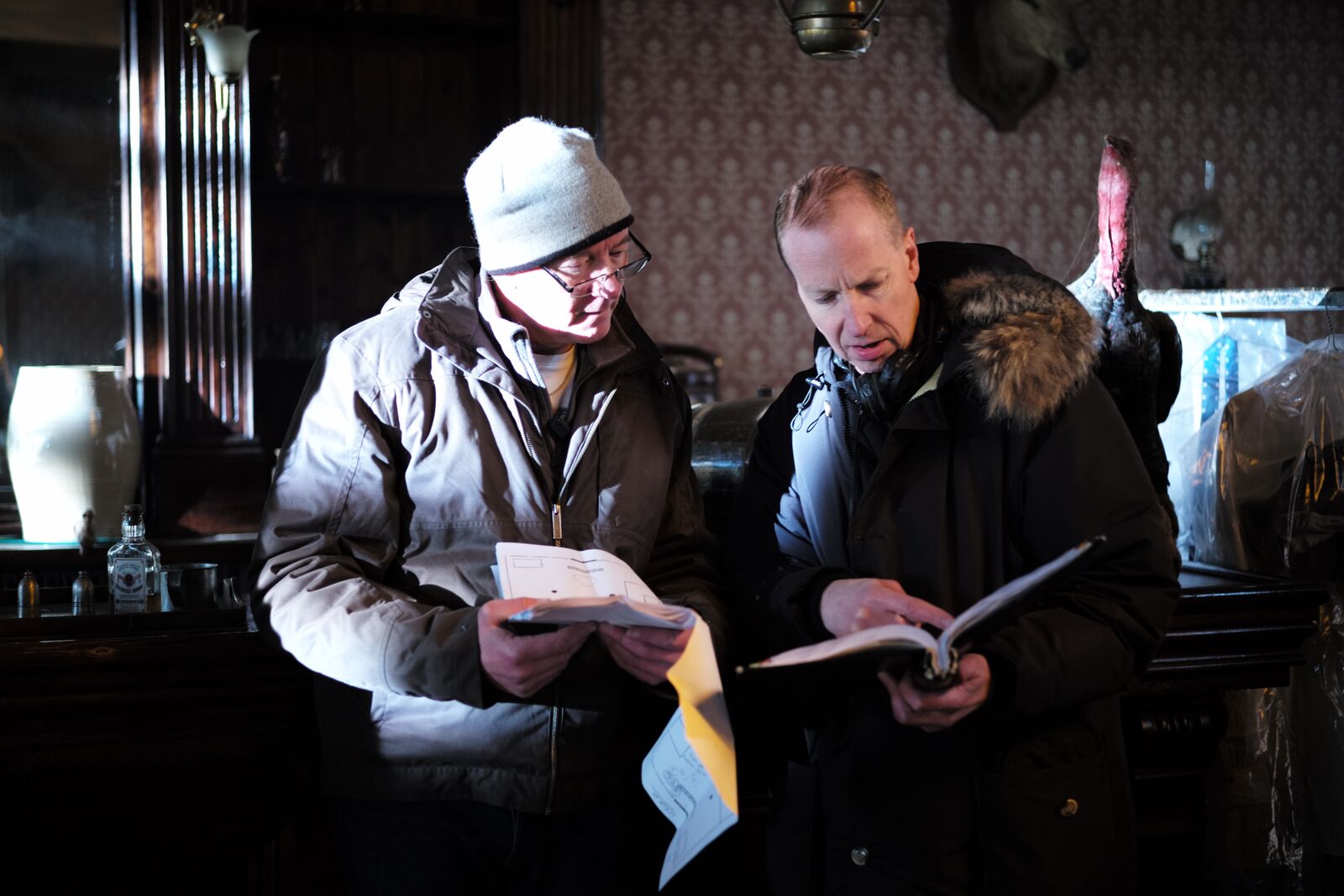