Life for the officers at Toronto’s 15 Division must go on, no matter what consequences they may face, as they have sworn an oath to continuously serve and protect the city. That promise is further showcased in Shockya’s exclusive clip for ‘Rookie Blue: Season Five, Volume One’s DVD release, which was unveiled this week by its distribution company, Entertainment One (eOne).

Shockya’s exclusive Season Five, Volume One DVD clip, which is titled ‘Rookie Blue-Stakeout-Sam and Dov,’ follows Sam Swarek (Ben Bass) and Dov Epstein (Gregory Smith), as they’re in an office together in the early morning. Dov, who’s sitting at a desk and is working on a computer, asks his fellow detective, who’s taking pictures outside of a window, if there’s any change. Sam tells him that nothing new has happened, before assuring Dov that he’s feeling somewhat better. Dov offers to take his colleague out for a drink once he’s feeling completely better, which Sam is hesitant to accept, as he admits he’s not sure if he’s ready to hear what his fellow detective has to tell him.

Dov then asks Sam how long he was on the police force before he became a detective, and whether he immediately began working undercover. Sam tells him that was an officer for six years before he went undercover for seven years. But his undercover career was ended when the drama’s main character, Training Officer Andy McNally (Missy Peregrym), revealed his cover. He then asks Dov why he’s so interested in his career path, to which he responds that he’s thinking of making a move. Dov isn’t sure where he wants to take his career next, so he’s been looking at Sam’s work for guidance. Sam tells his colleague not to even try changing his ways, because he’s never going to be him. He notes that he learned from experience, but Dov can learn things just by watching other people. Sam tries to discourage Dov from becoming like him, because he’s already a great cop.

The three-disc DVD of the hit ABC crime drama’s fifth season has a suggested retail price of $39.98. It features all eleven episodes from this summer’s season, as well as the bonus featurette, ‘Life is Not a Fairytale,’ and webisodes.

‘Rookie Blue: Season Five’ begins with two lives hanging in the balance: officers Sam Swarek and Chloe Price (Priscilla Faia), who’ve been shot in the line of duty. But life at 15 Division must go on, as the officers have sworn an oath to serve and protect, no matter the consequences. But as the shell-shocked men and women in blue struggle to pull the pieces of their lives back together, they can’t help but wonder: will things ever work out the way they’re supposed to? The officers’ struggles come five years after a group of rookies from the Academy started their careers with 15 Division, one of the most elite units in Toronto. Now, as Andy and her fellow officers enter their next year as seasoned pros, they’re more resilient than ever, but each day still continues to bring new surprises and revelations. 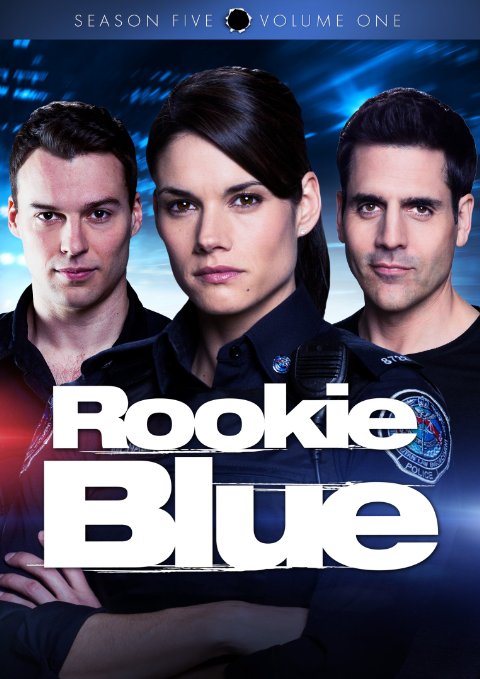