After being used to being the person who apprehends some of your community’s most vicious criminals, it’s understandably difficult to transition into the role of being the one who’s now being hunted. But former bounty hunter Will Tanner is enthrallingly and fearlessly taking on that daunting challenge in the upcoming action sequel, ‘The Condemned 2.’ To celebrate the protagonist’s determination to not only survive, but also take down the criminal enterprise that is targeting him, in the follow-up’s upcoming release, Shockya is exclusively premiering the action movie’s latest clip, which is titled ‘Will Tanner Is Still Alive.’

Lionsgate, which has once again partnered with WWE Studios, after they previously worked together on such films as ‘Vendetta‘ and ‘See No Evil 2,’ will distribute the production company’s newest sequel in theaters and on VOD on November 6. ‘The Condemned 2’ was directed by Roel Reine, who previously helmed ‘The Marine 2′ and ’12 Rounds 2: Reloaded’ for WWE Studios. The upcoming follow-up was written by Alan McElro, who also previously collaborated with WWE Studios when he penned the scripts for ‘The Marine’ and ‘The Marine 4: Moving Target.’

Lionsgate and WWE Studios have released the following synopsis for ‘The Condemned 2’:

WWE Superstar Randy Orton and Eric Roberts ignite a powder keg of action in this explosive follow-up to ‘The Condemned’ (2007). After a failed mission to capture the leader of a deadly gambling ring (Wes Studi), bounty hunter Will Tanner (Orton) becomes the hunted—a human target in a game in which contestants must kill or be killed. As high rollers bet on who will survive, Will, his dad, Frank (Eric Roberts), and members of Will’s team wage an all-out war against the game’s mastermind, Raul Baccaro (Steven Michael Quezada).

‘Will Tanner Is Still Alive’ follows Raul as he demands from one of his employees to see the tally board, so that he can see the latest results for the game. After images of the contestants’ latest standings are then shown, the game’s leader walks into a venue where paying customers are watching the latest action. Raul announces to the crowd that Will is still alive, and encourages everyone to make a new wager on when and where the former bounty hunter will die. The crowd erupts in excitement and anticipation in response, and participants quickly place their bets.

Watch Shockya’s exclusive premiere of ‘Will Tanner Is Still Alive,’ as well as an image of Quezada as Raul from ‘The Condemned 2,’ below. 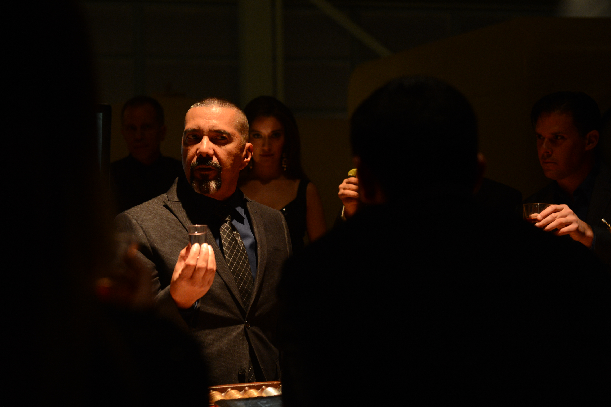