Shocking and scaring devoted fans of the horror genre through physical and emotional scares can be a challenging task, as many viewers have become desensitized, and are unable to sympathize with characters who are contending with distressing situations. So creating not just one, but two enthralling and insightful horror movies that intriguingly chronicle the problems of contemporary society in a purposeful way, is certainly a challenge. But actor Ronen Rubinstein has effortlessly created characters in two such intriguing, thought-provoking horror movies this fall: one in first-time feature film writer and director Eli Morgan Gesner’s ‘Condemned,’ which is set to be released in theaters and on Digital HD next Friday, November 13, and the other in fellow first-time feature film scribe and helmer Adam Egypt Mortimer’s ‘Some Kind of Hate,’ which was released on DVD and Blu-Ray this week.

In support of the releases of ‘Condemned’ and ‘Some Kind of Hate,’ Rubinstein generously took the time to talk about acting in both horror films. The performer not only discussed what attracted him to his roles in both movies, as well as working with the first-time filmmakers on both projects, but also noted the important social issues of both stories. ‘Condemned’ effortlessly humanizes the emotional and physical problems of the lower class as they struggle to survive, notably the prejudices that prevent them from improving their lives. ‘Some Kind of Hate’ powerfully showcases how adults’ ignorance can lead to tragic and senseless bullying among high school students, and how those teens who are targeted will only survive if a tragic situation gives them the courage to defend themselves.

‘Condemned’ follows Maya (Dylan Penn), a young woman who has become increasing upset over her parents’ continuous fighting and depreciation of the luxuries they’ve been given as part of their wealth. So she reaches out to her boyfriend, Dante (Rubinstein), in desperation, and he convinces her to move in with him. While she’s initially excited to leave her toxic family home and truly start her life with Dante, Maya is shocked when she soon discovers that he’s squatting in an old, condemned building on Manhattan’s Lower East Side. She becomes even more despondent when she discovers that her boyfriend is nonchalant towards the illegal and immoral lifestyle many of his neighbors take part in, including taking and dealing drugs.

But that corrupt lifestyle soon becomes the least of Maya and Dante’s worries, as a virus born from the tenants’ combined toxic waste and garbage begins to infect the building’s residents. One by one, they each succumb to a terrifying pathogen that turns them into bloodthirsty, rampaging killers, and transforms their building into a savage slaughterhouse.

‘Some Kind of Hate’ follows troubled teen Lincoln (Rubinstein), who emotionally struggles to contend with the people in his life who continuously berate him, from his neglectful father (Andrew Bryniarski) to his ruthless peers. After being pushed to the breaking point one day at school, Lincoln physically attacks one of his classmates who has relentlessly targeted him. As a result, he’s remanded to an isolated reform school in the California desert, but he fails to find any true solace in his new environment. The new-age detention center, which is run by such leaders as Jack Iverson (Michael Polish) and Christine (Lexi Atkins), doesn’t enforce many rules or offer much organization or protection.

When he’s targeted by some of the bullies in his new school, the introverted Lincoln only develops a friendship with his new roommate, Isaac (Spencer Breslin). An attraction also forms with the guilt-ridden Kaitlin (Grace Phipps), who leaves behind her friends who have begun tormenting the newcomer. In the aftermath of his latest attack, Lincoln angrily wishes his intimidators would die. In the process, he inadvertently summons the spirit of Moira (Sierra McCormick), who was tormented at the school herself before she died.

Rubinstein started the interview by noting that he became involved in playing Dante in ‘Condemned’ “through basic casting. I went in, and they liked my audition, and they made an offer.” Once the actor signed onto the role, he embraced working with Gesner, especially since he’s a first-time feature filmmaker who has had the same experiences coming from the same area as he did. “I’m from New York, as much as he is-he’s a legit native New Yorker. So coming into the project, I respected him very much as an artist, and what he has accomplished. Then for him to direct this movie, which was very difficult, was amazing.” The actor added that getting to know the filmmaker on the set was “extraordinary. We’ve actually become very good friends.”

Besides bonding with Genser on the set of ‘Condemned,’ Rubinstein found the process of also collaborating with his co-stars to be “interesting. We shot most of the film in the actual building that’s in the film.” The performer laughed as he then mentioned that “It had very narrow hallways, so that brought us really close together.”

Rubinstein also noted that constantly working in such a claustrophobic space helped the cast “bond as a family.” He further explained that filming in such a confining location also helped him and his castmates connect to the film’s story. “The way the building looks in the movie is the way it really looks…The more realistic an environment is, the more helpful it is to everyone,” he also revealed.

Then switching to discuss his role of the troubled young protagonist in the horror film, ‘Some Kind of Hate,’ Rubinstein revealed that “Lincoln was a role I knew I had to take on.” He was also drawn to working with Mortimer on the movie. Even though he was a first-time feature filmmaker, “he treated us like we were all veterans, so it was amazing to work with him, as well. (Working with him) definitely helped mold the character of Lincoln. I owe a lot to Adam for working with me.”

The actor praised both Genser and Mortimer for allowing their casts to take a fresh take on their material, especially as first-time writer-directors. “They would let us play around with the themes sometimes,” Rubinstein revealed. “But other times, they wanted us to stick to the script. So it really depended on the situation.”

While ‘Some Kind of Hate’ contends with the devastating effects of bullying amongst adolescents, Rubinstein had nothing but praise for his fellow young co-stars, especially Breslin. “Spencer’s a funny guy. He made the entire cast and crew crack up, both on and off camera. He’s also from New York, so we also shared a lot of common interests,” the lead actor revealed, before adding that “the entire cast was amazing.”

With the majority of ‘Some Kind of Hate’ taking place in, and being shot at, an isolated reform school in the California desert, the filming process was a stark contrast to ‘Condemned,’ which mainly shot in the old Manhattan building. But Rubinstein embraced the different settings of both films, as they both helped him relate to his characters. He especially cherished the freedom and space of Mortimer’s set. “I personally enjoy the outdoors,” the actor said, before also emphasizing that the “location definitely helped, since the school is supposed to be so isolated. If you look around, there’s honestly nowhere for (the characters) to run away to, if they wanted to” try to escape the school. So being on the set “definitely helped us feel the (characters’) isolation from the outside world.”

Rubinstein also thought the social issues presented in ‘Some Kind of Hate’ were interesting to explore as an actor. “The topic is very sensitive, and I liked that they incorporated it into a slasher film,” he said. He added that he thought the story smartly fused the horror elements with Lincoln’s emotional struggles.

Since ‘Some Kind of Hate’ and ‘Condemned’ are both action-driven horror movies that were filmed independently, Rubinstein noted that having a shorter shooting schedule as a result “really forces you to hustle to get everything done on time, and very, very well. I definitely enjoyed that hustle aspect.”

With ‘Some Kind of Hate’ having been released on VOD and iTunes on September 18, and ‘Condemned’ set to be released in on Digital HD on November 13, Rubinstein revealed that he believes the platform is “beneficial to any film. A lot of people are working and very busy, and they don’t have a lot of time to make it to the theater. So it’s nice to be able to come home and order any film that you want on your television. It doesn’t take away from the artist’s point-of-view.”

But Rubinstein does like to connect with his audiences in theaters. One way he did that was by attending screenings of both horror films on the festival circuit, including ‘Some Kind of Hate’s showing at London’s Film4 Frightfest. “I always try to go to the festivals, because they really celebrate films. Horror film festivals are always interesting places” to interact with viewers, the actor explained.

After noting that after the release of ‘Condemned,’ he’ll next be seen in the drama ‘Smartass,’ which is set to be released next year, Rubinstein added that he’ll be happy to try anything in the arts. He previously penned, helmed, edited and produced the 2013 short film, ‘Something in the Way,’ and feels that making his feature film writing and directorial debuts “would be extraordinary.” 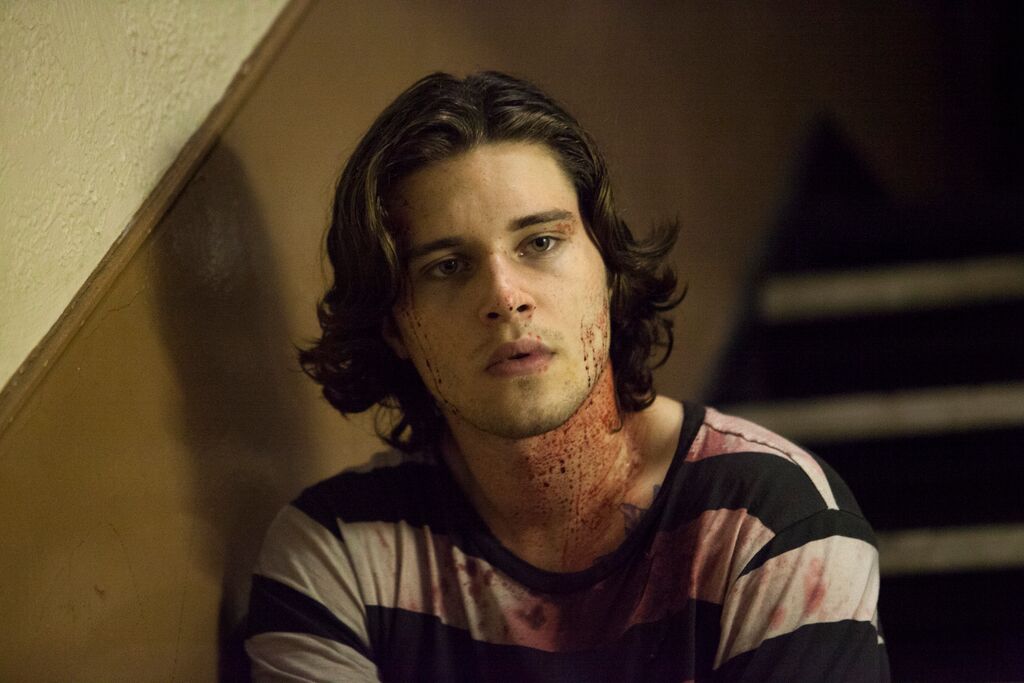 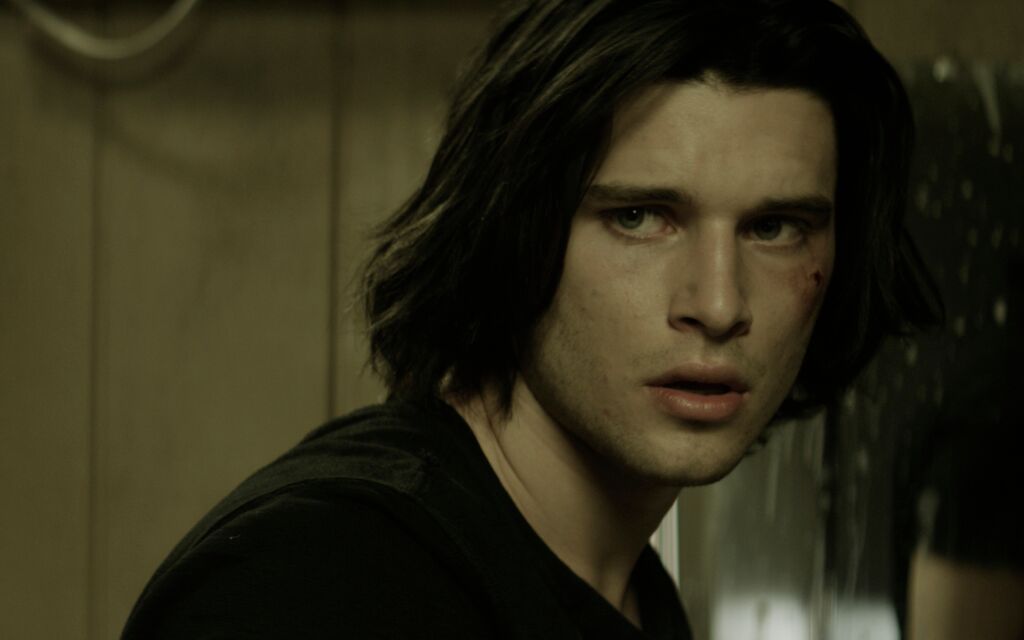 Cancel reply
13 Hours: The Secret Soldiers of Benghazi Gets A New Trailer and Movie Poster
Disney’s Alice Through the Looking Glass Gets A New Teaser Trailer
To Top